Elaine Feeney: “I see women as wonderful, beautiful and complex people, and it frustrates me when I don’t see that reflected in literature”
Kate Brayden

Elaine Feeney examines unvoiced histories, the darker elements of modern Ireland, and the compassion of strangers in her debut novel, the beautiful As You Were.

Elaine Feeney’s willingness to explore some of the most taboo issues for Irish women in her poetry collections – including 2010’s Where’s Katie? and 2017’s Rise – is maintained in her debut novel, As You Were. It takes a gut-wrenching look at one woman’s dual battles with illness and past trauma.

The Galway native brings us into the world of Sinéad Hynes, a smart, funny and complex property developer, who conceals heavy personal secrets from her loved ones. There is a palpable sense of empathy throughout, informed to some degree by Feeney’s own fight with illness.

“I wanted to write about intergenerational secrecy after hearing stories of women concealing illness to protect loved ones,” Elaine says of the novel’s genesis. “Some of my early readers had such a visceral reaction to Sinéad choosing not to disclose her diagnosis, but if we are to truly have autonomy over our bodies, then it’s nobody’s business but ours. It’s very difficult in a modern society of oversharing to conceal something like that.”

Sinéad’s experiences of life on a hospital ward, surrounded by a group of generous and hilarious Irish women, are offset by the total neglect of her own wellbeing, adding another layer of meaning to the novel. The character’s secrecy contrasts with Feeney’s own personal health journey in many ways.

“I was extremely ill during both of my pregnancies,” she says. “I had a pulmonary embolism during one, and a serious clot the second time around. A few years ago, I got extremely stressed and ended up being resuscitated. I could hear everything but couldn’t see anything, but I remember the doctor asking my mother why I had let myself get so ill.

“I feel like you become public property in how you are discussed, and I often wonder if it would be better if you could keep that private, just because it’s such a personal experience.”

Elaine was inspired by the stories she overheard, both heartbreaking and humorous, in the auditory chamber of a hospital ward. Sinéad’s interactions with the generations of fellow sick women around her are part of her healing process, after experiencing a devastating past shrouded in grief and abuse.

“There’s no dignity in that, but there’s this shared camaraderie at the same time,” says Feeney. “We keep it mostly confidential, but you hear the most difficult of circumstances when the doctors do the rounds. You think to yourself that you won’t be talking to anybody, but it’s hard not to engage.

“Sinéad’s procrastination and willingness to separate herself from her sickness fascinated me; a woman who can conceal it all is both amazing and troubled. We’re all mortal, life is a terminal thing. The quest to be loved, to give love and to allow love in, is the ultimate goal of Sinéad in her life, sadly.”

The protagonist’s internal monologues include the voice of her father from a young age, who inflicts verbal and physical abuse. Having the self-worth to believe that she has the right to survive is the real crux of Sinéad’s world, according to the author.

“The writing style, with the interspersed snippets from Sinéad’s father, is meant to draw the empathy of the reader,” says Elaine. “It can be jarring, but this isn’t a narrative with a beginning, middle and end. There’s a stream of consciousness at times at the start, and then there are the intrusive thoughts and flashbacks of her childhood, which she has never recovered from. It has absolutely damaged her own self-worth to the extent that she ignores herself; it’s a very human reaction to trauma.”

“We don’t talk about being pregnant for 14 weeks in Ireland,” she says. “There’s a total hush exactly when you need to talk about it. There’s no language for the utter trauma of miscarriage, the utter pain in those moments where doctors speak to Sinéad about loss in the novel, as if she has actively misplaced her daughter. She is always so conscious of how often she fails.

“Sinéad always feels like the father’s abuse was her own fault, and that shows how deeply complicated she is. I get really emotional talking about Sinéad and the stigma of her fourth baby, a daughter who is never named on purpose. That goes back to the idea of Irish women having to conceal their suffering.”

As You Were is set just before the Repeal the 8th referendum in 2018, which Feeney describes as a time of “absolute panic” for Irish women.

“Generations of Irish women’s voices were relying on us at that moment as a catalyst for having their pain recognised,” Elaine says. “That time in language was very fractious. Women were on the radio, on TV and in newspapers sharing stories about why they had needed their abortions and why they’d had to travel, despite the fact that it was nobody’s business. I felt very sorry for the state of basic human rights that women had to reveal so much of themselves.”

Feeney’s own involvement with the Tuam Home Project has seen first-person survivor accounts of the mother and baby homes recorded as a podcast and narrated by Cillian Murphy, a patron of the Unesco Child and Family Institute in Galway. As a teacher and Galway native, Feeney felt conflicted about working in a boys’ school in which a bishop was a trustee.

“When the Tuam story broke, there were rumblings and we knew that the home was there and so on, but it was still shocking,” she says. “Catherine Corless did Trojan work getting the death certificates of these children from the Bon Secours home. I think that we haven’t unearthed what abuse does to a person, as well as their children.

“The intergenerational effects of it last long after the person has passed away; the feeling of neglect and not being part of a society. I’m really interested in the power of institutions and why are they allowed to wield it. Hopefully the Magdalene Laundries and a woman’s place in society will be more included on the Leaving Cert curriculum. It has been a very male, pale, stale landscape for decades and it’s not because women weren’t present. They were written out of anthologies and the canon.

“I see women as wonderful, beautiful and complex people, and it frustrates me when I don’t see that reflected in literature.”

• As You Were is out now, published by Harvill Secker. Read the Hot Press review here. 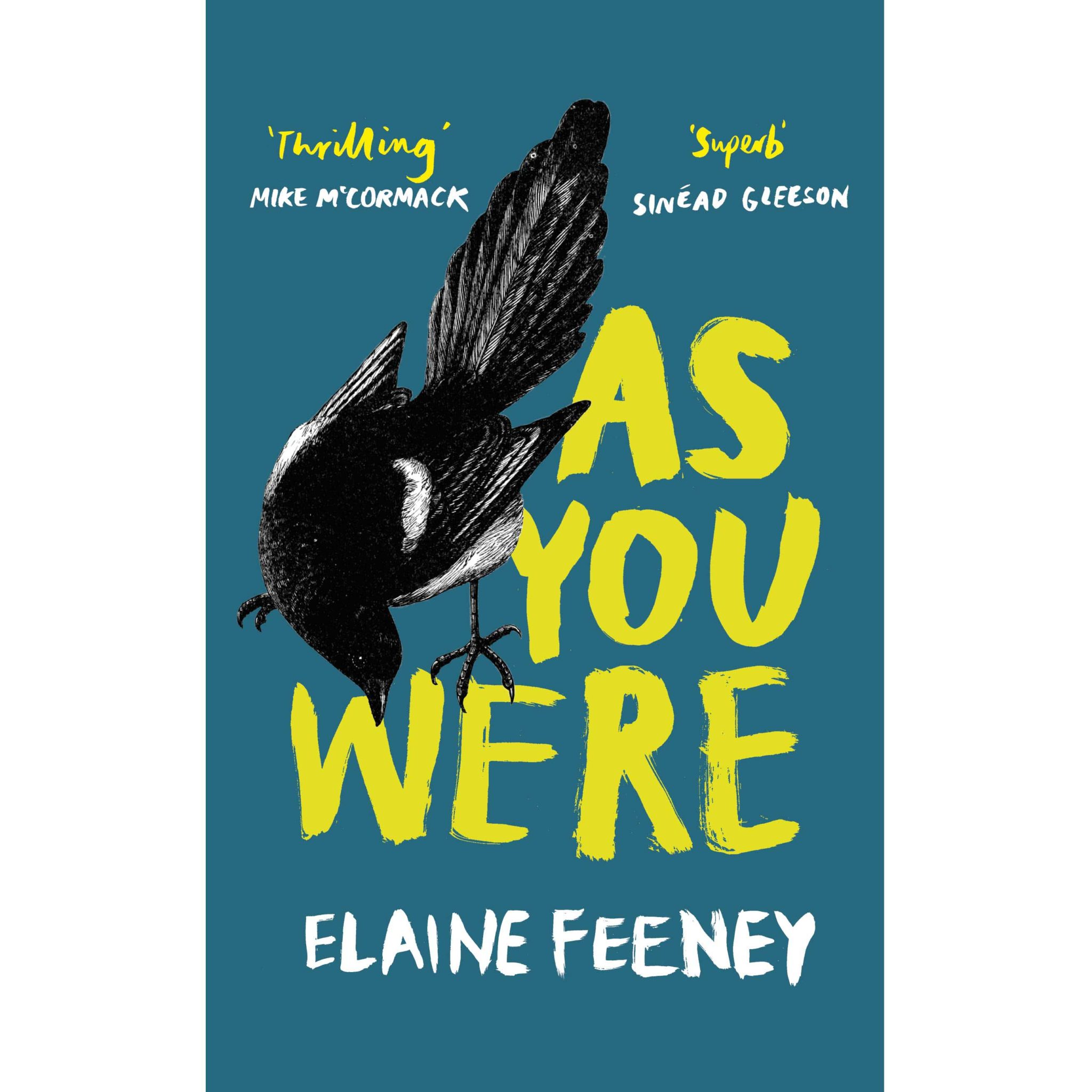 Book Review: Elaine Feeney – 'As You Were'
Live Review: Des Bishop brings laughter and tears to the 3Olympia Theatre
New Irish Songs To Hear This Week