Live Report: Versatile triumph at 3Arena
Processed with VSCO with a5 preset
Copyright 2019. All rights reserved.
By: Paul Nolan

Paul Nolan was on-hand as the satirical rap duo wowed their hometown crowd.

What a 12 months it's been for Versatile. There was the Hot Press cover; the Irish Times handwringing; the backlash; the backlash to the backlash; and, ultimately, the year ending the only way it could – with a Coolio collaboration.

There was also, of course, the viral clip of Cormac Costello singing along to 'Prefontaine' after Dublin's All Ireland win, as Stephen Cluxton did a humblebrag sweeping of the team's dressing room – a moment that's taken on added poignancy with Versatile's sell-out 3Arena gig taking place on the day Jim Gavin sparked euphoria around the country by leaving the Dub hotseat (er, surely you mean "walked away with his all-time legendary status assured"? – Ed.)

Of course, being from Ringsend, the Versatile boys could easily walk over to perform this gig if they were so inclined. In fact, they HAVE decided to walk to the gig, or so they'd have us believe, as the pre-show, "live" big screen footage shows them making the short trek to the venue. Having finally made it to the backstage area, the footage fades out, there's a short burst of dry-ice, and decks wizard Evan Kennedy appears to cue in 'Prefontaine'. 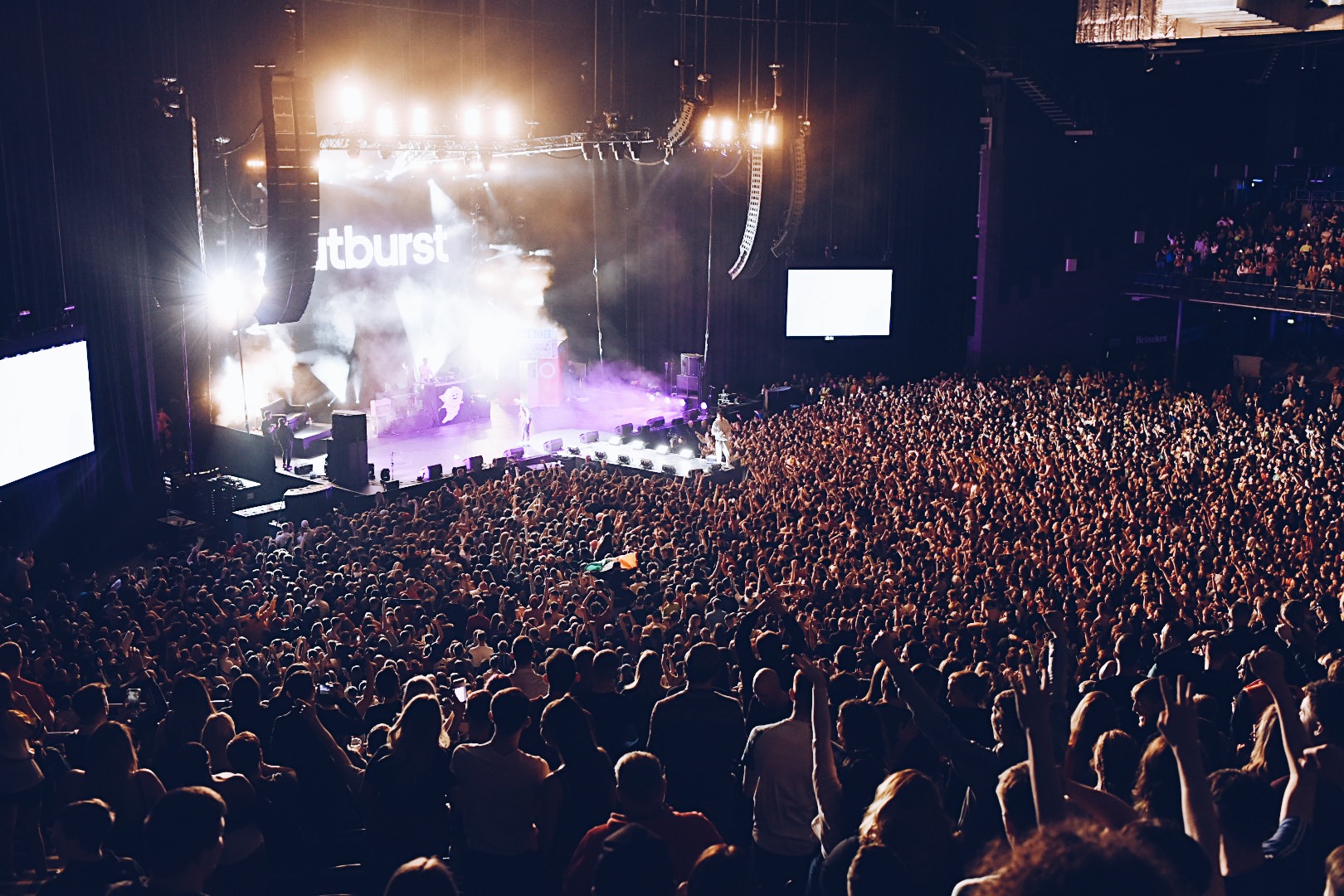 Frontmen Caspar and Eskimo Supreme then appear from the wings, prompting a delirious reaction from the youthful crowd, who remain in celebratory mood throughout the evening. Watching the group perform, it's not hard to discern why they've proven controversial. Their material has a hefty strain of irony – not a quality culturally in vogue at present.

Indeed, as two Dublin lads incorporating elements of gangsta rap, Versatile's output occasionally comes close to collapsing under the weight of its own absurdity, no more so than when they spit out lines like, "I've no interest in politics/ I'd rather get me bollicks licked" (there goes the invitation to discuss the by-election results with Sean O'Rourke, then).

Comedically, Casper does most of the heavy lifting, whether indulging in jerky dancing, verbally sparring with the crowd or dodging projectiles (at one point two tampons are hurled at him). His between-song banter, meanwhile, strikes a similar note of hilarity: "This is fuckin' amazing!" he declares at one point. "I just wanna... I wanna... I don't know what I want!" he eventually manages.

Musically, Versatile have surprising range. Amidst a backdrop paying suitable tribute to Ringsend – including a replica of local fast food joint Deke's Diner – they turn in a set that skips comfortably from hip-hop and dubstep to chillwave and even rock (giving Evan Kennedy a chance to showcase his guitar-shredding skills).

It all culminates in an uproarious take on 'Escape Wagon', with the obligatory appearance from Coolio – who, in one of 2019's more unlikely developments, has become a favourite son of Dublin, after successfully appealing earlier in the year for Diarmuid Connolly to return for the Sky Blues' five-in-a-row bid. Even those members of the crowd who've spent most of the show arguing, posting Instagram updates – or simply disoriented – are on cloud nine.

Long-term, will Versatile just prove too one-note, a viral hit of the moment? Who knows. For tonight, though, they're kings – well, more like errant princes – of the city. 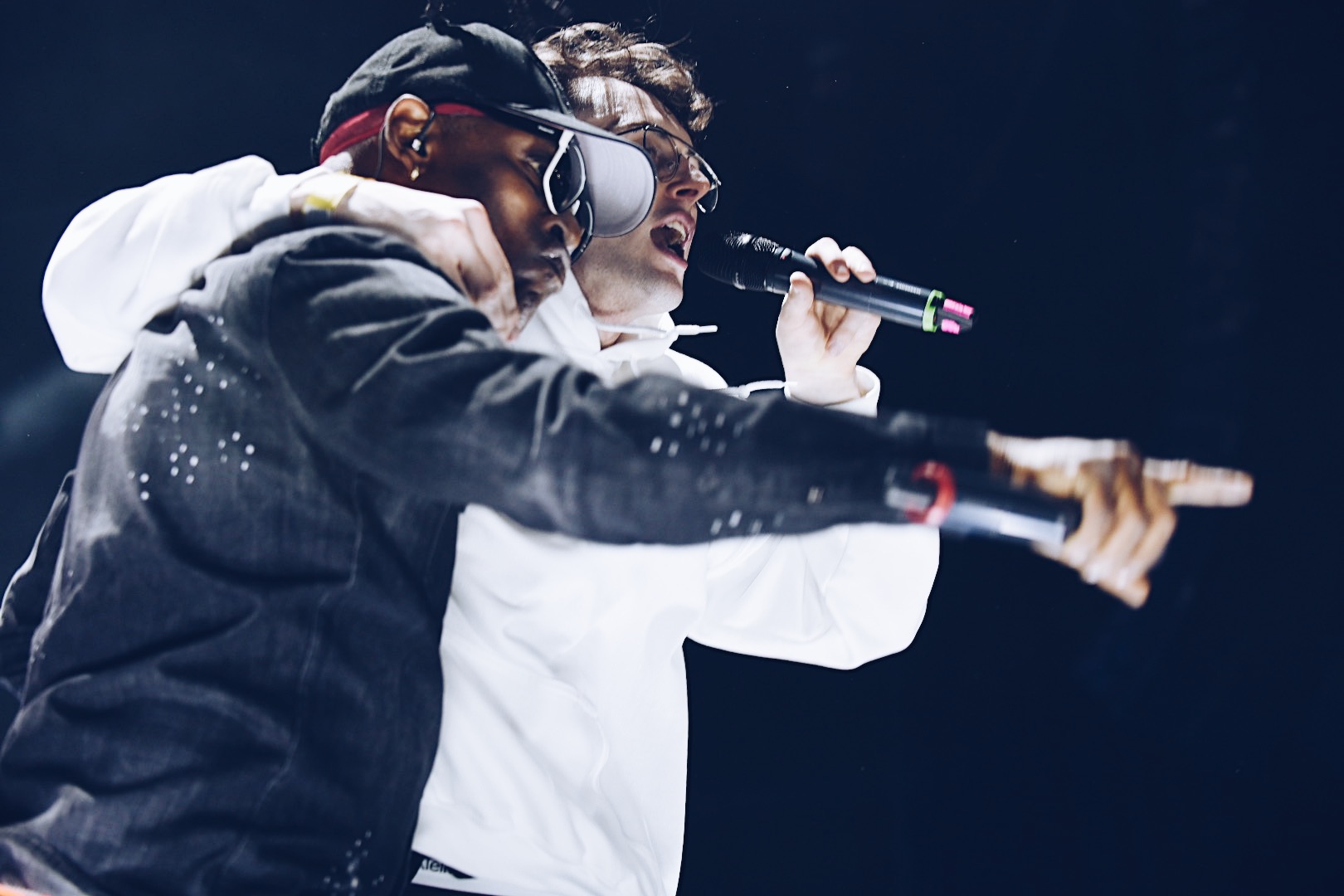 Processed with VSCO with a5 preset
Share This Article:

Live Report: The 1975 play a belter at 3Arena
Genesis to play reunion show in Belfast
Dublin Hails Gavin James In Historic 3Arena Triumph
Gavin James at 3Arena (Photos)
Did you know? Five fascinating facts about Gavin James
Niall Horan announces Dublin and Belfast dates for Nice To Meet Ya Tour
We use cookies to ensure you get the best experience on our web site - by using this web site you consent to our use of cookies. Read more »