A host of Irish stars were spotted on the red carpet at the world premiere of the new Boomtown Rats film.

There was a great sense of occasion last night in Cineworld, where the World Premiere of the Boomtown Rats movie, Citizens of Boomtown, took place.

Stars and well-known personalities gathered on the red carpet before and after. In addition to the four members of the modern Boomtown Rats – Bob Geldof, Pete Briquette, Simon Crowe and Gary Roberts – those familiar with the history of the outfit were pleased to see original guitar maestro Gerry Cott also in the building! 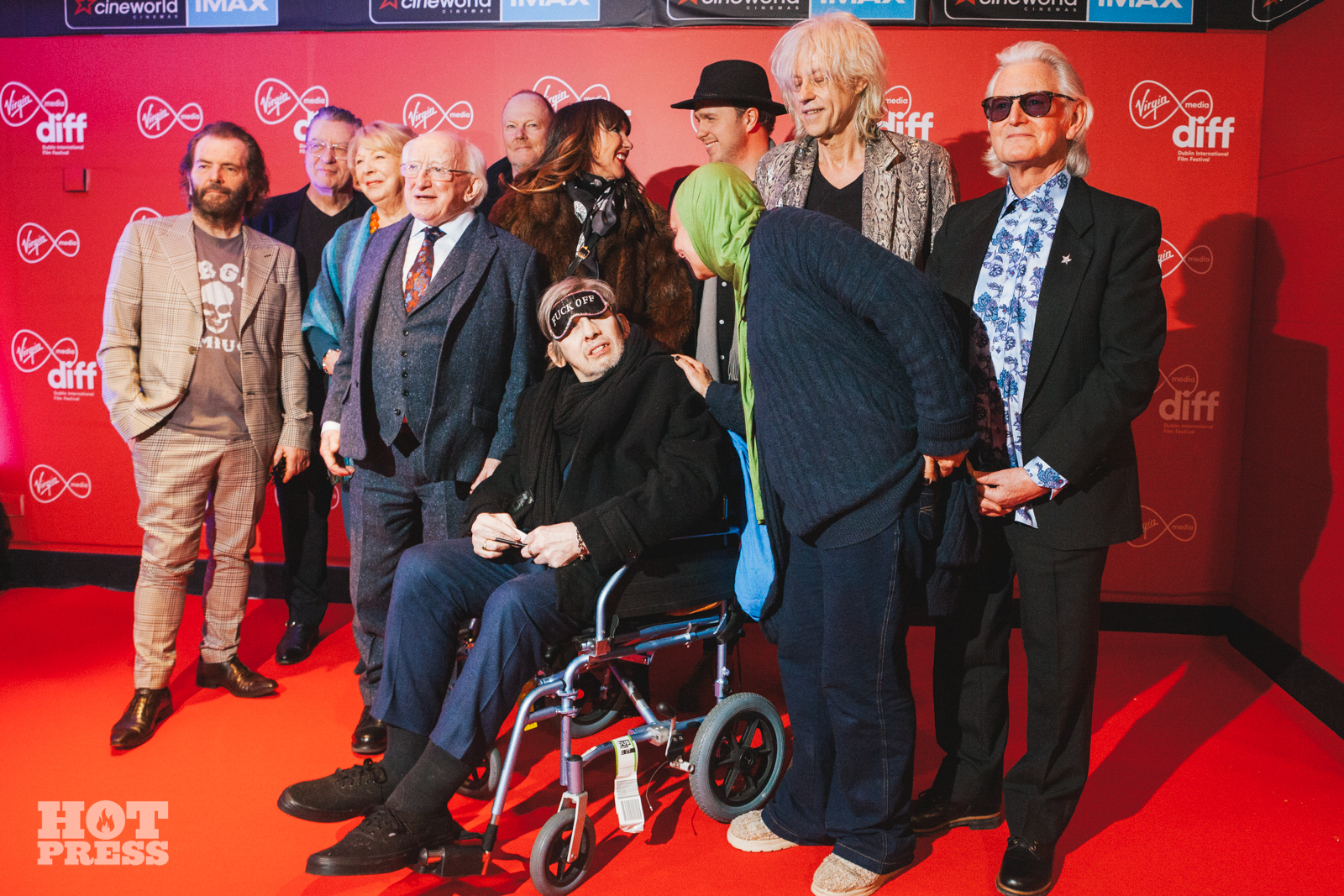 The President of Ireland Michael D. Higgins and how wife Sabina were guests of honour, and seemed to enjoy themselves immensely. Others in attendance included the director of the film Billy McGrath; Sinéad O’Connor, who appears in the film and speaks lots of words of wisdom; Shane MacGowan and his wife Victoria Clarke; Andrea Corr, who was accompanied by her manager John Hughes; Paul Brady and his wife Mary Elliot; Dave Fanning and his wife Ursula; Niall Stokes, Máirín Sheehy and Pat Carty of Hot Press; Pat Kenny and his wife Cathy; Lisa Cannon of Virgin Media Television; the Rats’ original accountant Ossie Kilkenny; vibe-ster extraordinaire B. P. Fallon; Neil McCormick, who also features strongly in the film and fellow interviewee Eoin Deveraux of University of Limerick; Labour Senator Ivana Bacik and her kids; Ciaran Savage from Warner Music; the director of the DIFF, Gráinne Humphries – and indeed far too many more to mention here! 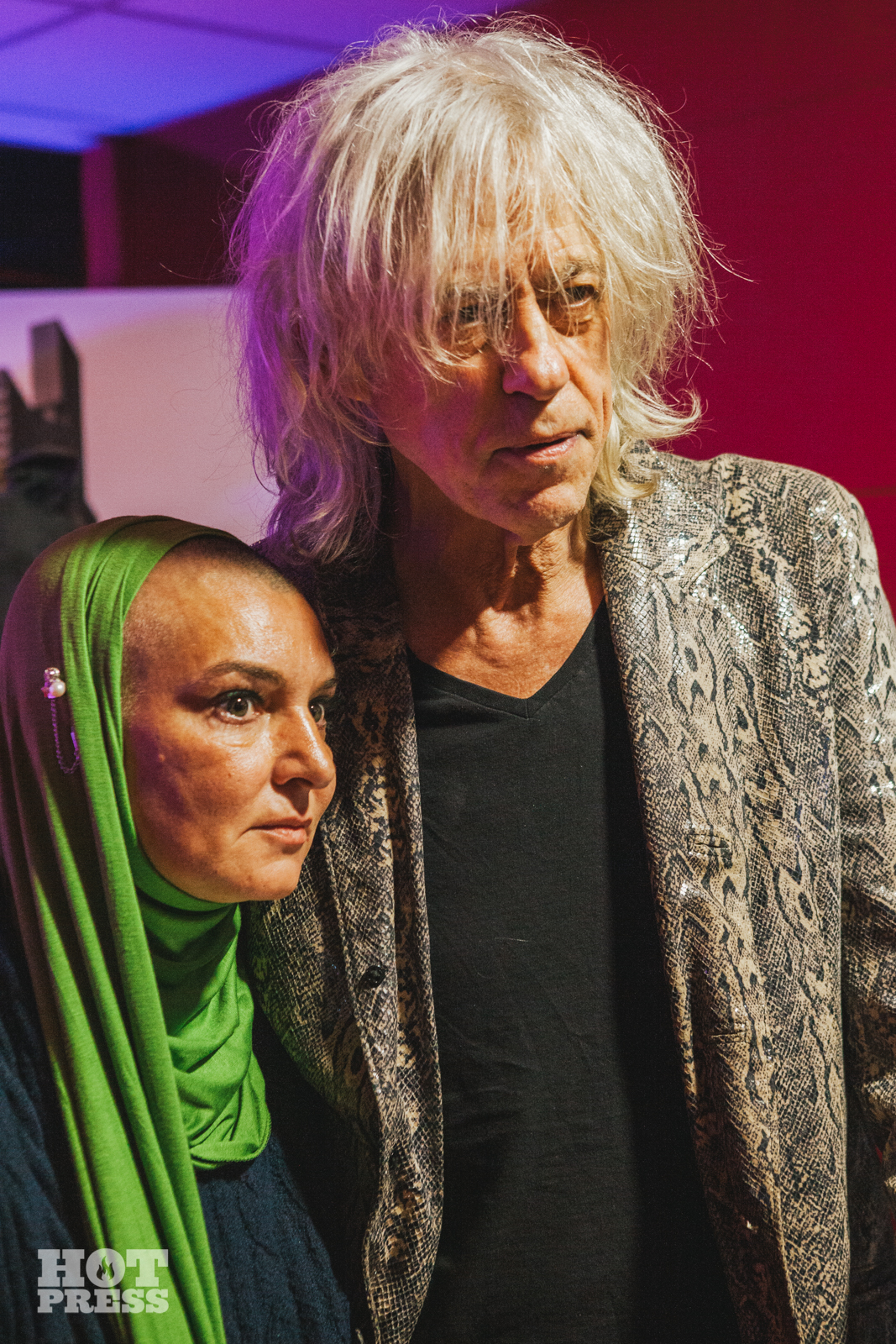 The reaction to Citizens of Boomtown – which highlights the economically, religiously and spiritually dilapidated state of Ireland in the late 1970s – on the night was very positive. There are notably strong contributions from people like Telegraph writer Neil McCormick, who began writing about the Rats in Hot Press during their early days, author Joe O’Connor, historian Roy Foster, Bono, Sting, Niall Stokes, Rolling Stone’s David Fricke, DJ Paul Gambaccini and Sinéad O’Connor, among others.

After the film, there was a Q&A session, conducted by Lisa Cannon of Virgin Media Television, who are sponsors of the Dublin International Film Festival. And later again, the hordes gathered in The Workman’s Club, where a party was also taking place to celebrate the success of the Rock Against Homelessness gig in the Olympia Theatre yesterday evening. It turned out to be a nicely buzzy occasion, with members of Fontaines D.C. and others arriving directly from the Olympia – including Aiden O’Connor of Mike The Pies, photographer Colm Kelly, Just Mustard, KNEECAP, ex-members of The Strypes and dozens more mingling with the extended Rats gang.

The Boomtown Rats new album, also entitled Citizens of Boomtown – it is released on March 13th – is reviewed in the issue of Hot Press that hits the streets tomorrow, along with new albums from Autre Monde, Hilary Woods and Hudson Taylor – as well as a brand new Rory Gallagher live album (Check Shirt Wizard – Live in ’77) and Therapy?’s Greatest Hits. 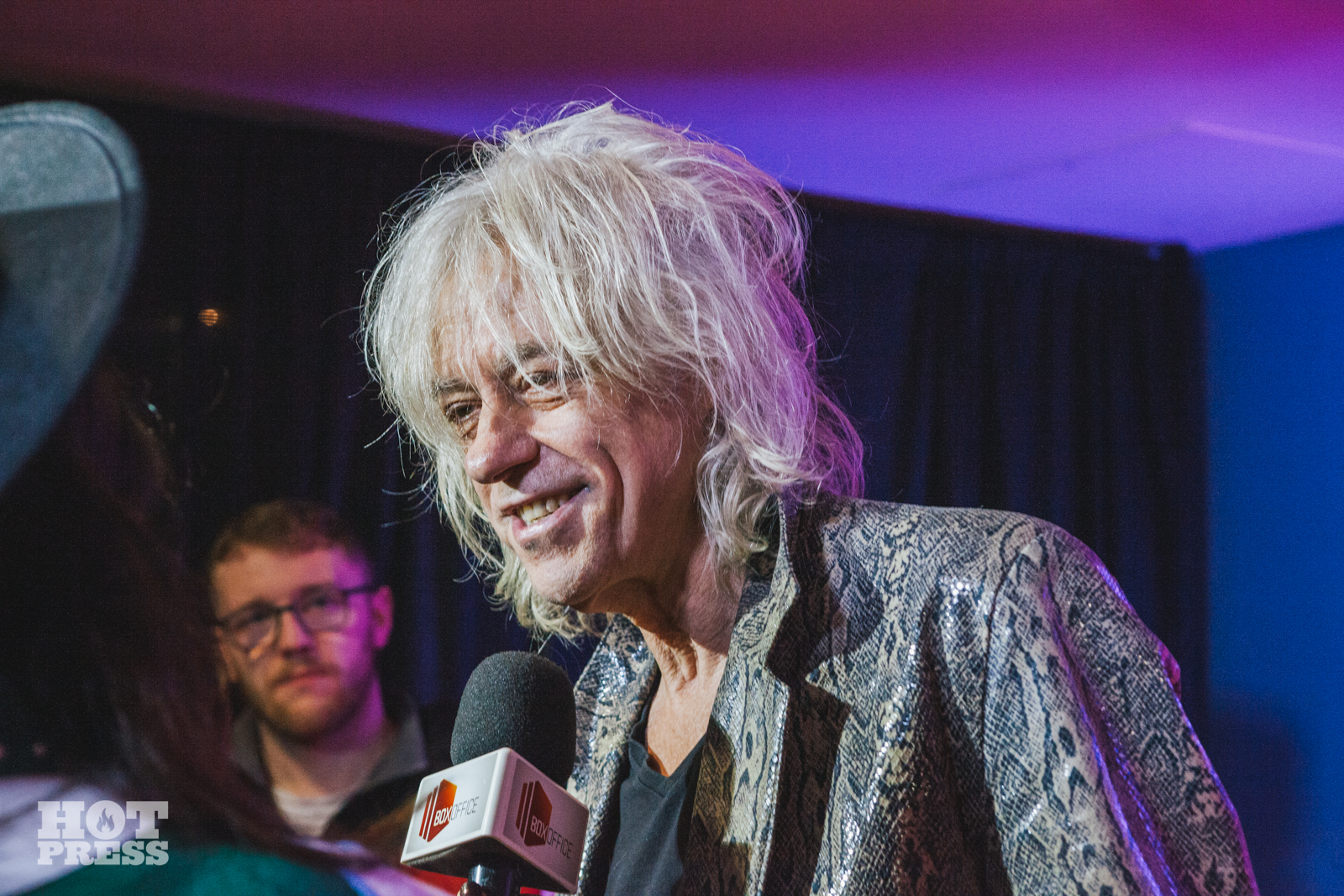 Rave On, Van Morrison: President Michael D. Higgins Joins 75 Irish musicians in Remarkable Celebration of Legendary Belfast Songwriter Curated by Hot Press
On this day in 1985: Live Aid takes place in London and Philadelphia
Interview: Bob Geldof and The Rise and Fall of The Boomtown Rats
Bob Geldof – Letters From Home: "We need the physical other of society. We need each other"
Stay Safe: In the Emergency Issue of Hot Press – Bob Geldof, Neil Jordan, Imelda May & More
Hot for 2020 Books: Music Edition
We use cookies to ensure you get the best experience on our web site - by using this web site you consent to our use of cookies. Read more »