The Dublin indietronica act will perform at MVP with all proceeds going to the homelessness benefit group.

Pursued by Dogs will play a special barebones set at MVP, Upper Clanbrassil Street, Dublin 8 on Sunday, 22 December 2019, with all proceeds going to Dublin Simon Community. In what is quickly becoming an annual tradition, the band will treat gig-goers to a preview of their new material, performing the songs in the way they are first composed—with vocalists Andrew Brennan and Suzanne Purcell singing harmonies and playing guitar and keys respectively. 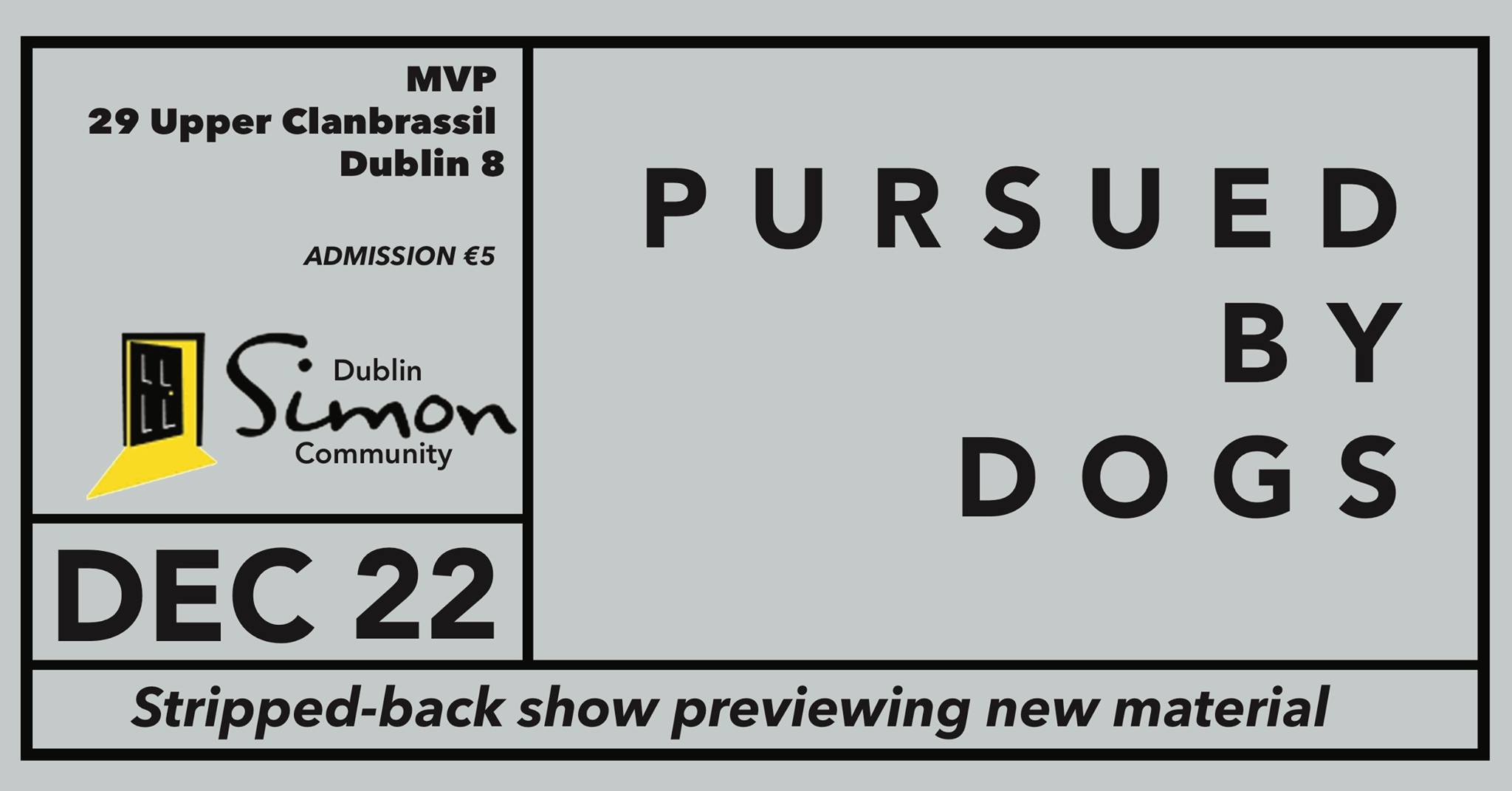 Pursued by Dogs’ live performances have earned them a formidable reputation with their high-impact shows and splicing of electronica with indie songwriting. Their appearance at Other Voices festival in Dingle, Co. Kerry was followed by a sold-out album launch show at The Button Factory in Dublin. The band finished 2018 with another sold-out show at the intimate Studio 10, overlooking Dublin’s Grafton Street.

This past year, Pursued by Dogs played a set to a packed tent at All Together Now festival in Waterford and supported Ian Sweet and Cub Sport at their shows. They regularly play with fellow Irish electronica bands such as Le Galaxie and Columbia Mills.

Tickets for the MVP show run for €5 each. For more information, head to pursuedbydogs.com.

U2-inspired band December to host Tokyo fan gathering
Glasgow group December release new version of U2's The Refugee
December to release their final U2 cover 'The Refugee'
Glasgow Band December to conclude tour with Dublin and Berlin shows
December Release Cover Of 'In A Big Country'
NI Music Prize 2020 to be held online due to Covid-19
We use cookies to ensure you get the best experience on our web site - by using this web site you consent to our use of cookies. Read more »