Pale Waves: "I never get upset about people not liking our music. I don't expect everyone to like it"
Ed Power

As they prepare to release their darkest, heaviest record yet, Pales Waves talk about internet bullies, small-town haters and what the UK can learn from Los Angeles when it comes to trans rights.

Whenever the Pale Waves tour bus pulls into a new town, singer Heather Baron-Gracie can spot her tribe a mile off.

“I recognise those kinds of people,” she says. “We attract the sort that hasn't felt accepted in general life or in some kind of situation or experience. And then they come to a Pale Waves show and feel they can be themselves. That’s the supportive atmosphere we want to create.”

Baron-Gracie knows how they feel, having grown up with a deep sense of alienation in Preston, a far-from-glamorous commuter town outside Manchester. From her early teens, she would dye her hair and listen to weird music – and was taunted endlessly for it. And that feeling of existing apart from the cool kids is one of the engines that powers her songwriting, particularly on the quartet’s exhilarating new album, Unwanted.

“I didn't have a lot of friends at all,” she says over video-link from the US, where Pale Waves have been touring extensively. “I got called things like ‘emo girl’ at school. I was the outcast. I wasn't the popular kid at all. Nor did I want to be to be honest, because all the popular kids were jerks.” 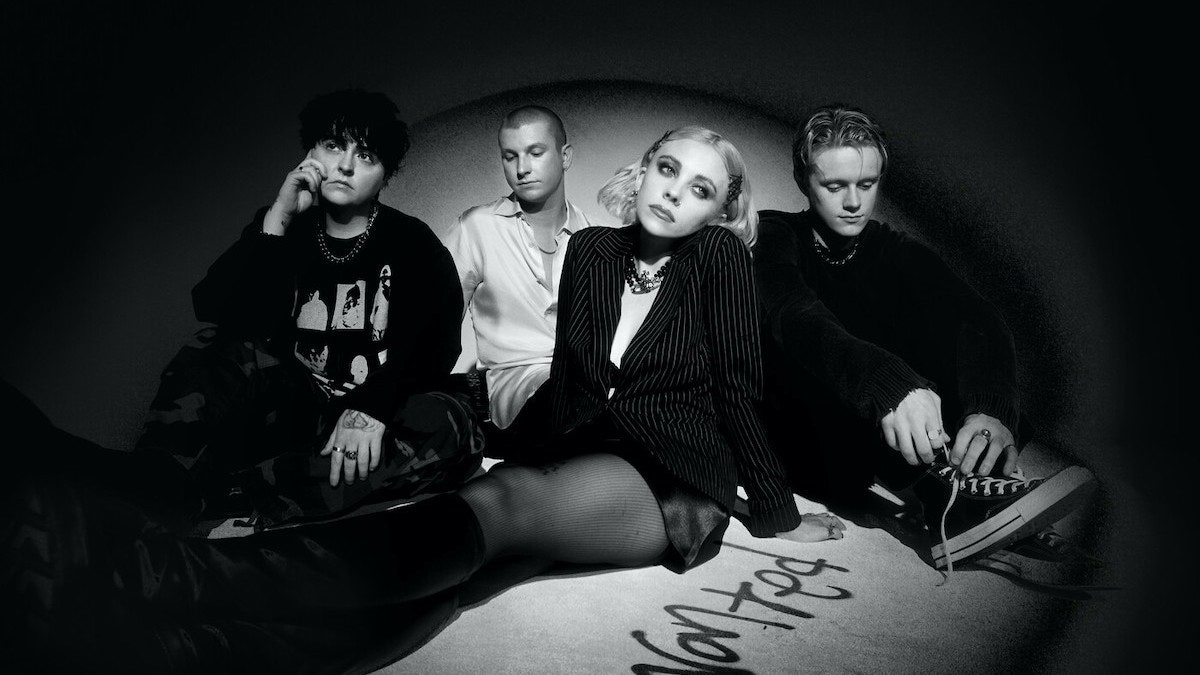 Baron-Gracie draws on her teenage trauma throughout Unwanted. Perhaps the darkest song is ‘The Hard Way’ – about an acquaintance who took her own life after a sustained campaign of classroom victimisation.

“Lately it's haunting me, I didn't protect you,” sings Baron-Gracie, her voice swelling with regret as a volley of power-pop guitars kick in.

“She was bullied and sadly took her own life because of that,” says Baron-Gracie. “I can't bring her back. I can try and spread a strong message about what happened and try to influence people to be kinder. People are fragile. And even though it might not be a big deal to you [the bully], it's a huge deal to someone else.”

Pale Waves have become one of the great indie cult bands of our era. They’re signed to Dirty Hit, the London label that has given the world Rina Sawayama and Mercury-winners Wolf Alice. And they’ve toured with everyone from The 1975 (another Dirty Hit group) to Five Seconds Of Summer, with whom they’ve spent the summer traversing the US. 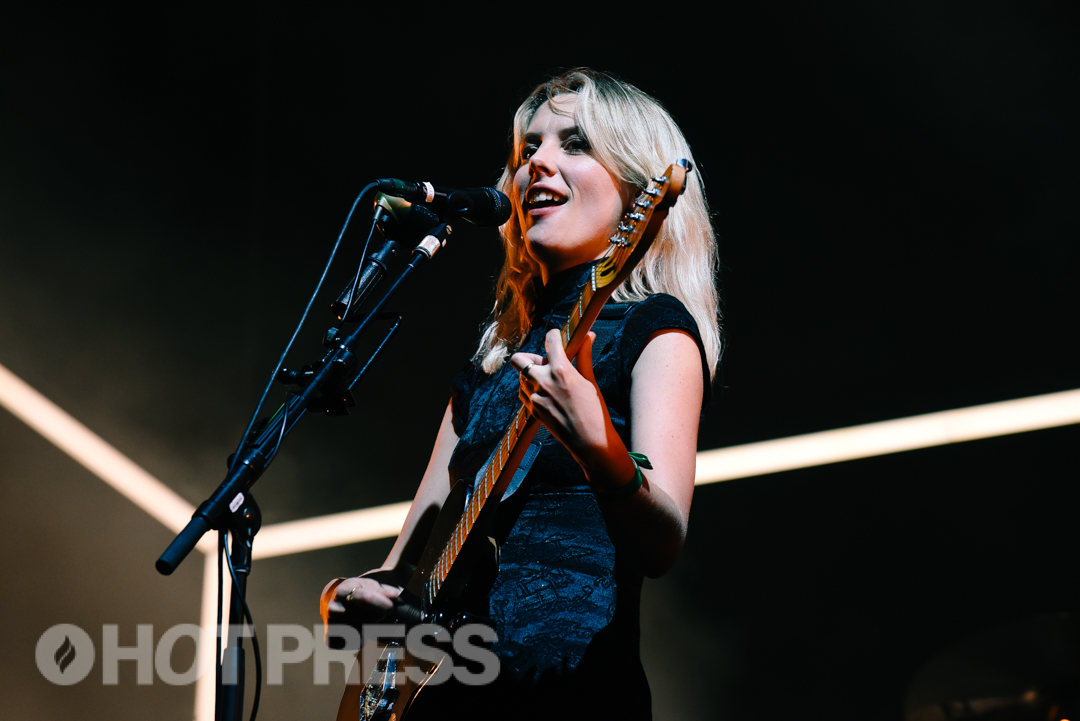 Unwanted is a typically torrid Pale Waves album. And also perhaps their most musically urgent and exciting yet. Where they previously steered a careful route between chiming indie and heavier emo pop, the decision to record the new project in LA appears to have brought out their Sunset Strip rock monsters.

The aesthetic is a bubble-gum punk that draws on Avril Lavigne and Celebrity Skin-era Hole. Guitars are beefed up, the hooks come swinging in like wreaking balls. Simultaneously beatific and brawny, it makes for thrilling listening, as well as underscoring the tension between the zinging melodies and often stark lyrics.

“I feel like as the years go by that I grow as a songwriter and as a human being,” says Baron-Gracie of the change in sound. She adds that she has become more comfortable with sharing raw and deeply personal lyrics.

“I’m able to open up a lot more and feel a lot more confident and comfortable doing it. At the start of the Pale Waves I was quite, like, ‘frigid and reserved’. It's not a natural process to have such an open communication with your audience.”

That blitzing honesty is echoed in the rockier new sound. It’s all about being truer to what she feels Pales Wave represent – that condition of ardent outsider-dom.

“It's definitely more alternative than we've ever possibly gone before,” says Baron-Gracie. “That was intentional. We want it to go heavier. To sound more like a band. Maybe I’m biased. I feel it’s our best work so far.”

In an echo of the bullying she experienced at school, since becoming a successful musician Baron-Gracie has had to run a gauntlet of internet trolls. They mock her goth dress sense, and often the fact that she dares to be a woman fronting a successful band. It isn’t easy to handle. But she feels she is getting better at dealing with the criticism. The best strategy is to simply ignore it, she says.

“At the start of the Pale Waves, I struggled,” she reflects. “Now, I don’t give a toss. You have to be yourself. So when people talk shit, you’re like, ‘Well, I know that’s false.’ I never get upset about people not liking our music. I don't expect everyone to like it. It annoys me when people go out of the way to say mean things. I'm like, ‘What’s the purpose in that?’ They log on to Twitter to chat shit.”

Real-life can be challenging, too. Especially as a woman fronting a band. 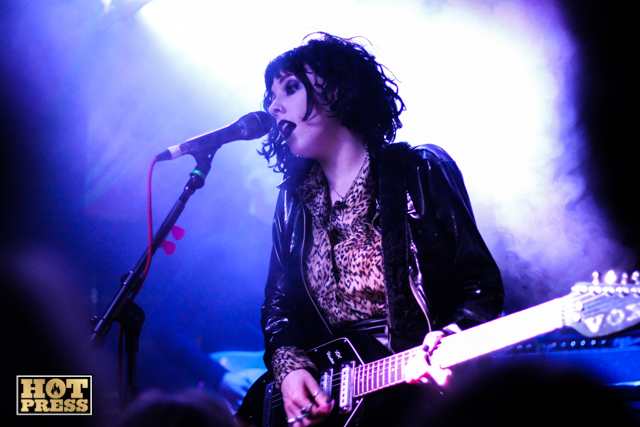 “You 100 per cent have to know when to put your foot down,” says Baron-Gracie. “Being a woman in the music industry – my God, it's 10 times harder to get people to listen and to get people to respect you. A lot of my friends who are in the industry, they get mistaken for girlfriends. And they’re like, ‘No, we’re actually playing the main stage.”

One of the things that drew Pale Waves to record in LA was the fact drummer and founder member Ciára Doran has moved there more or less permanently. As a non-binary trans person, they feel more at home in California than back in Blighty where, judging by social media “discourse”, one might conclude trans rights were still up for debate.

“They love it there because of their own journey,” says Baron-Gracie. “They’re non-binary, and they're going through the transition and feel very welcomed and accepted. I’m glad that they found a place where they are accepted and comfortable. The UK is still a tiny bit behind. It’s still got a way to come. LA is quite progressive with that stuff.”

Unwanted is out now.

Read more interviews in the new issue of Hot Press.

Daithí shares powerful music video for ‘Walking Home Alone’
Bruce Springsteen: "I rediscovered the power of my own voice" through new album Only The Strong Survive
Patrick Kavanagh Almost Everything… lands No. 1 spot in Irish Compilation Charts