On this day in 1981: The first Slane gig took place – featuring Thin Lizzy, U2 and more
The Hot Press Newsdesk

To mark the 41st anniversary of the first ever Slane gig, we're revisiting our original live review – published in Hot Press in 1981.

On August 16, 1981, music history was made – with the first ever rock concert at Slane Castle. Attended by 18,000 music fans from across the country, the gig was headlined by Thin Lizzy, with support from U2, Hazel O'Connor and more.

"I remember the feeling, when the gig was announced, that something special might just be happening in Slane," reflects Hot Press editor Niall Stokes. "It was an amazing venue, with a natural amphitheatre-like feel. The fact that it was on the Slane river, with Slane Castle itself looming above it all, added enormously to the atmosphere.

"From an Irish perspective, Thin Lizzy were a huge band, and Philip Lynott – in so many ways – was the ultimate rock star," he continues. "So the prospect of seeing them with Slane Castle as a backdrop was a really tantalising one.

"We knew at the time that the winds of change that had blown in rock ’n‘ roll over the past five years had affected Lizzy.

"There was an extent to which the band had been diverted from their course – first by the arrival of punk, but also by the emergence of what was termed the New Wave of British Heavy Metal.

"While Lizzy were spared a lot of the hostility and unpleasantness which was dumped on most hard rock bands at the time, and Philo had successfully befriended the guys from the Sex Pistols, the Boomtowm Rats and other leading punk and new wave lights, he felt a need to compete. In the heel of the hunt, he decided that Thin Lizzy should go for more of a hard rock feel.

"At least partially as a result, Chinatown, which they released in October 1980, wasn’t one of Thin Lizzy's great records. But the shift in a heavier direction was reflected in the first Slane bill, with outfits like Mama’s Boys, Sweet Savage and Rose Tattoo all lining up.

"Mama’s Boys were the scheduled opening act – though whether they actually played is a different subject! Northern Irish outfit Sweet Savage did the business. But the Irish highlight pre-Lizzy was undoubtedly provided by U2. The gig caught the rising Irish superstars-to-be in a curious moment. Their debut album Boy had more or less run its course, and they were in the middle of recording the follow-up, October. In the event they played three tracks – ‘Gloria’, ‘Rejoice’ and ‘October’ – from the upcoming album, which was finished and released in October 1982. They also used uileann pipes for the first time, being joined onstage by Vinnie Kilduff of In Tua Nua, who also featured on October.

"Doing a big Irish festival wasn’t a complete novelty for the band: they had played support to The Police in a major festival-style gig in Leixlip just over a year previously, in July 1980. As it turned out, Slane was a good day for the band rather than a great one. It was very ambitious to introduce the uileann pipes in a huge open-air setting, where the sound tends to drift off into the ether. That took U2 outside their comfort zone and with less than the full crowd having arrived, they really had to work at it. But they came through it unscathed, winning enough new fans to make it all worthwhile.

"I remember Hazel O’Connor getting well into the festival spirit. And The Bureau – an offshoot of the original Dexy’s Midnight Runners after the band split up – conjured up some punchy soul sounds. But there was no doubting that Thin Lizzy were the real, proper star turn.

"The crowd wasn’t huge – I suspect that the gig lost money for MCD, who were the promoters. But that didn’t deter Philo from making a big entrance. He arrived by helicopter, which was a very effective way of avoiding being delayed in the traffic. The impact was like a God from the planet rock landing among us mere mortals. 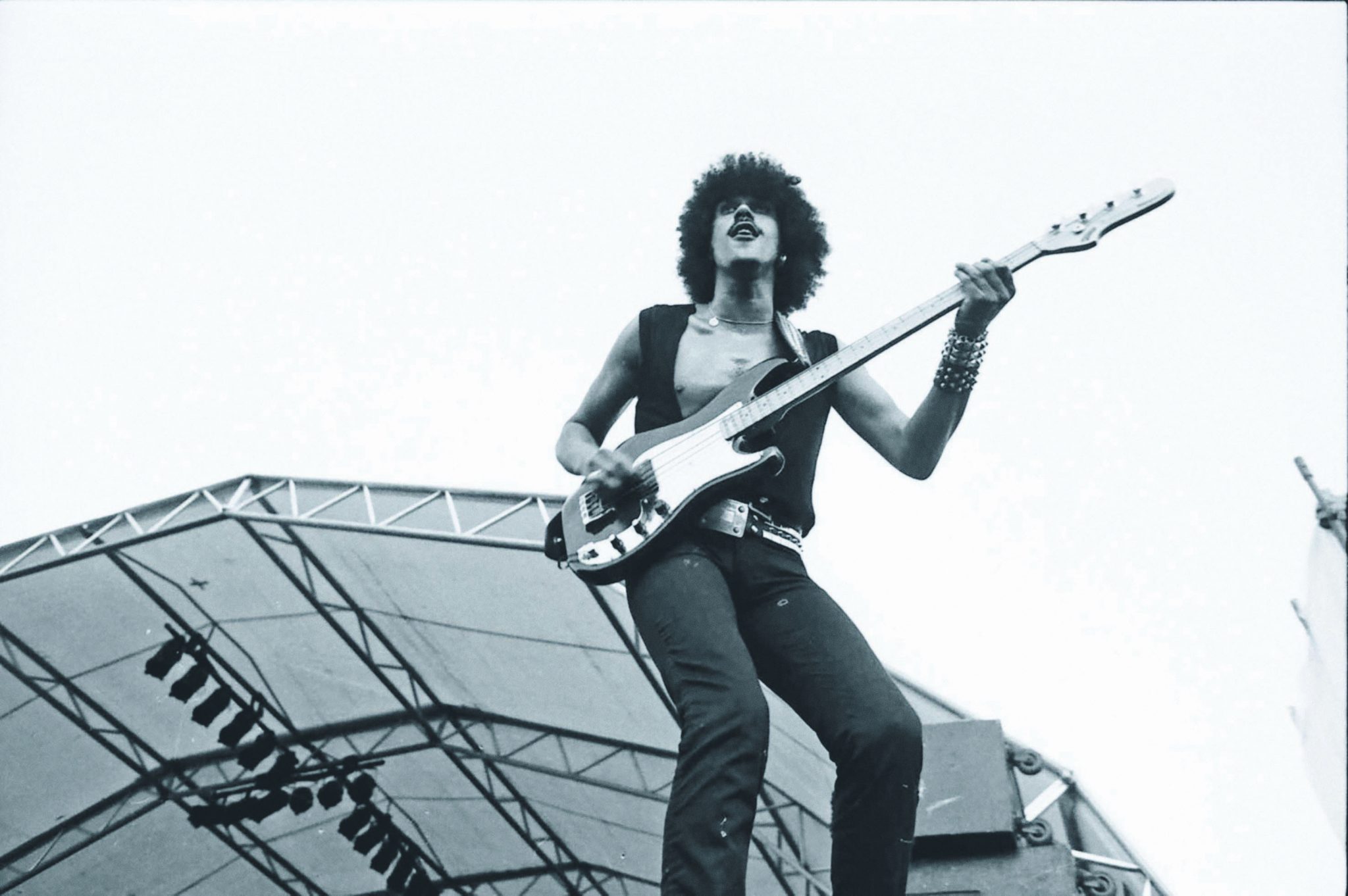 "As anyone who ever listened to their legendary double album Live and Dangerous will know, Thin Lizzy were a really brilliant live band. This might not have been their greatest ever set, but they still had a bunch of real humdingers to fan the flame – including ‘Waiting for an Alibi’, ‘Jailbreak', ‘Don’t Believe a Word’ and ’The Boys Are Back in Town’. As night started to fall, it really was a magical place to be, with a bona fide Irish rock legend leading the line in brilliant style.

"That gig paved the way for the arrival of The Rolling Stones in 1982 – and the Slane Festival was well and truly on the global rock map. With Bob Dylan appearing there in 1984, and Bruce Springsteen in 1985, it became established as one of the most iconic venues in the world. There have been a huge number of marvellous gigs since, with many of the biggest names in rock history taking to the stage. For the man in charge of Slane Castle, Lord Henry Mountcharles, this was the ambition from the start, but that first gig was a truly seminal moment.

"There were some twists and turns along the way, but if that initial foray hadn’t been undertaken successfully in 1981, then nothing that followed might have happened – or certainly not in the same way.

"Slane Castle itself became an Irish rock legend. The pandemic has, of course, taken its toll in making it impossible to run shows in Slane last year and again in 2021 – but here’s hoping that it will return in 2022, in all its historic glory. If Philo were still around, nothing would make him happier..."

Read Rick O'Shea's review of the first Slane concert below – published in Hot Press in 1981... 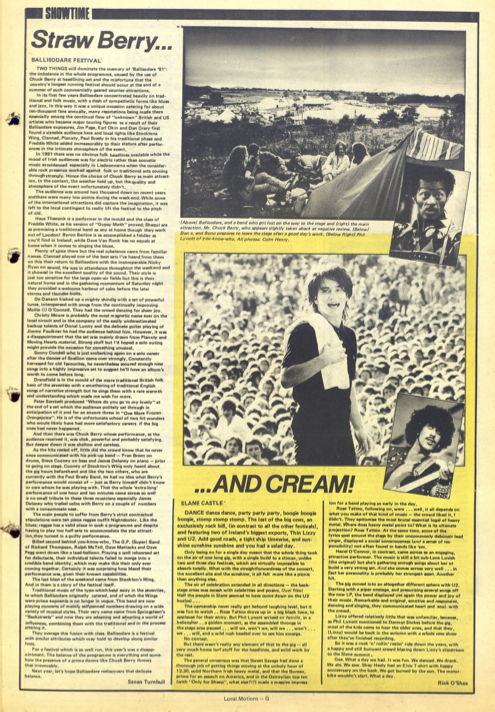 Only being on for a single day meant that the whole thing took on the air of one long gig, with a single build to a climax, unlike two and three-day festivals, which are virtually impossible to absorb totally. What with the straightforwardness of the concert, the excellent site and the sunshine, it all felt more like a picnic than anything else.

The air of celebration extended in all directions — the back stage areas was awash with celebrities and posers. Quel film! Half the people in Slane seemed to have come down on the U2 bus(es)...

The one-upmanship never really got beyond laughing level, but it was fun to watch... Rose Tattoo drove up in a big black limo, to applause for their entry. But Phil Lynott arrived en famille, in a helicopter... a golden moment, as the assembled throngs in the stage area paused... Will we, won't we, will we... won't... we...will...? And then a wild rush headed over to see him emerge.

But there wasn't really any element of that to the gig itself — it was all very much home turf stuff for the headliners, and solid work by the rest.

The general consensus was that Sweet Savage had done a thorough job of getting things moving at the unholy hour of 12.30: solid Northern Irish heavy metal, and that The Bureau, prime for an assault on America, and in the Ostroylian top ten (with 'Only for Sheep', what else?!?) made a massive impression for a band playing so early in the day.

Rose Tattoo, following on, were... well, it all depends on what you make of that kind of music: the crowd liked it, I didn't. They epitomise the most brutal essential logic of heavy metal. Where does heavy metal point to? What is its ultimate projection? Rose Tattoo. At the same time, some of the lyrics spat around the stage by their uncommonly debonair lead singer, displayed a social consciousness (and a sense of responsibility) not often found in bands like 'em.

Hazel O'Connor, in contrast, came across as an engaging, attractive performer. The music is still a bit sub-Lene Lovish (the original) but she's gathering enough songs about her to build a very strong set. And she comes across very well... in fact her personality is probably her strongest asset. Another hit.

The gig moved into an altogether different sphere with U2. Starting with a piper onstage, and presurising several songs off the new LP, the band displayed yet again the power and joy of their music. Remarkable and original, emotive and responsive, dancing and singing, they communicated heart and soul with the crowd.

Lizzy offered relatively little that was unfamiliar, because, as Phil Lynott mentioned to Dermot Stokes before the gig, most of the kids came to hear the older ones, and that they, (Lizzy) would be back in the autumn with a whole new show after they've finished recording. 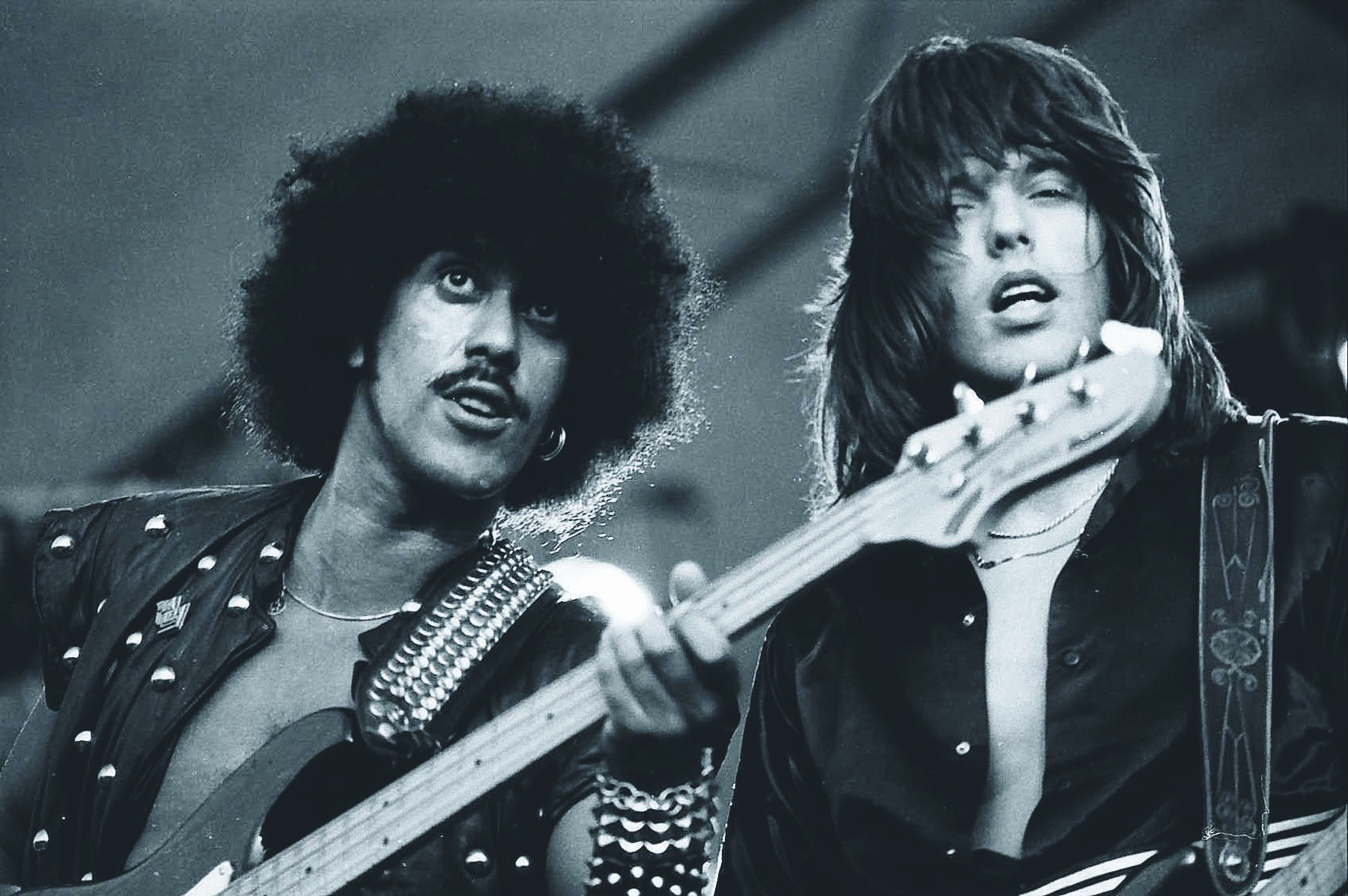 So it was a rock 'n' rollin' reelin' ride down the years, with a happy and still buoyant crowd blazing down Lizzy's stipstream to the Slane summit.

Gee. What a day we had. It was fun. We danced. We drank. We ate. We saw. Shay Healy had an Elvis T-shirt with happy anniversary on the back. We got burned by the sun. The motor bike wouldn't start. What a day.

On this day in 1981: Bob Marley died, aged 36
On this day 40 years ago: U2 released 'Gloria'
WATCH: Patrick stefan shares video for George Michael cover 'I Can't Make You Love Me'