Tickets for Moncrieff's 3Olympia Theatre show will go on sale Friday, 9th September at 9am for €28.90.

He will be joined by some special guests, the names of which are currently under wraps

The show announcement follows the release of his EP, Warm, last week. The titular single came out earlier this year, and instantly went top-10 in Irish Radio. His impressive and intimate compositions have earned him well-deserved praise from Elton John, who dubbed him "one to watch", and Adele who recruited him for back-up vocals.

At just 19 years old, Moncrieff took a great risk moving to London to fully commit himself to music after years of hardship - and it has clearly paid off. "I got this mad notion in my head that music is all it is for me, and I need to do whatever I can," he explained in an interview with Her.

His music dives deep into personal emotions, offering "a stunning sonic portrait of an exceptional musician who isn't afraid to address his demons in the studio." He has mastered the balance between vulnerable and feel-good music. The inspiration he derives from artists and vocalists like Ray Charles, Otis Redding and Etta James shines through in his soulful R&B vocals.

Tickets for the 3Olympia show will go on sale Friday 9th September at 9am for €28.90. 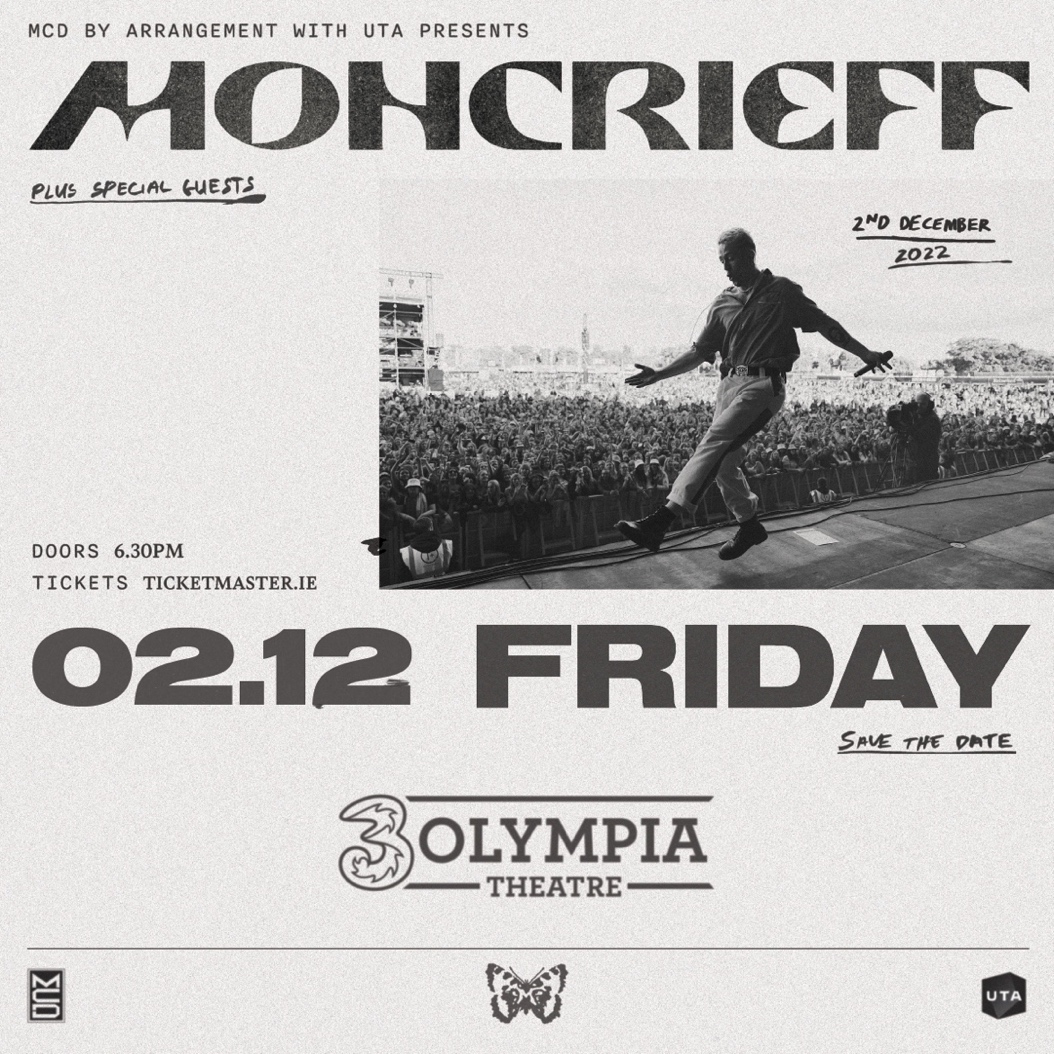 James Bay at The Olympia (Photos)
WIN: Pair of tickets to Inhaler at 3Olympia Theatre
Choir!Choir!Choir!’s interactive show coming to Dublin in 2023