Mel Maryns on performing at the Three City Stages initiative: "As a busker, it’s an incredible opportunity"
Mel Maryns.

Busking is a quintessential part of Irish music and culture. What was once a simple concept – show up with your instrument and sing your heart out! – has turned into a competitive pastime, in which young artists are increasingly involved. But can they make the transition to a career in the industry? Three's City Stages initiative aims to answer that challenge...

One of the singers on the line-up for tomorrow’s launch event in Limerick is 19-year-old Brazilian-born, Cork-based Mel Maryns.

“It sounds really cheesy to say this, but busking has always felt magical," Mel says."I was like, ‘Maybe this is what I'm meant to be doing’."

The singer-songwriter is reflecting on her early days performing in Cork, at the age of 15, after her family moved half-way across the world, from her native Brazil to Ireland.

In 2020, Maryns took another leap into the unknown, playing Dublin’s Grafton Street, which is famous for annually hosting Bono and Glen Hansard’s The Busk in support of Dublin Simon Community and their frontline work to fight homelessness. 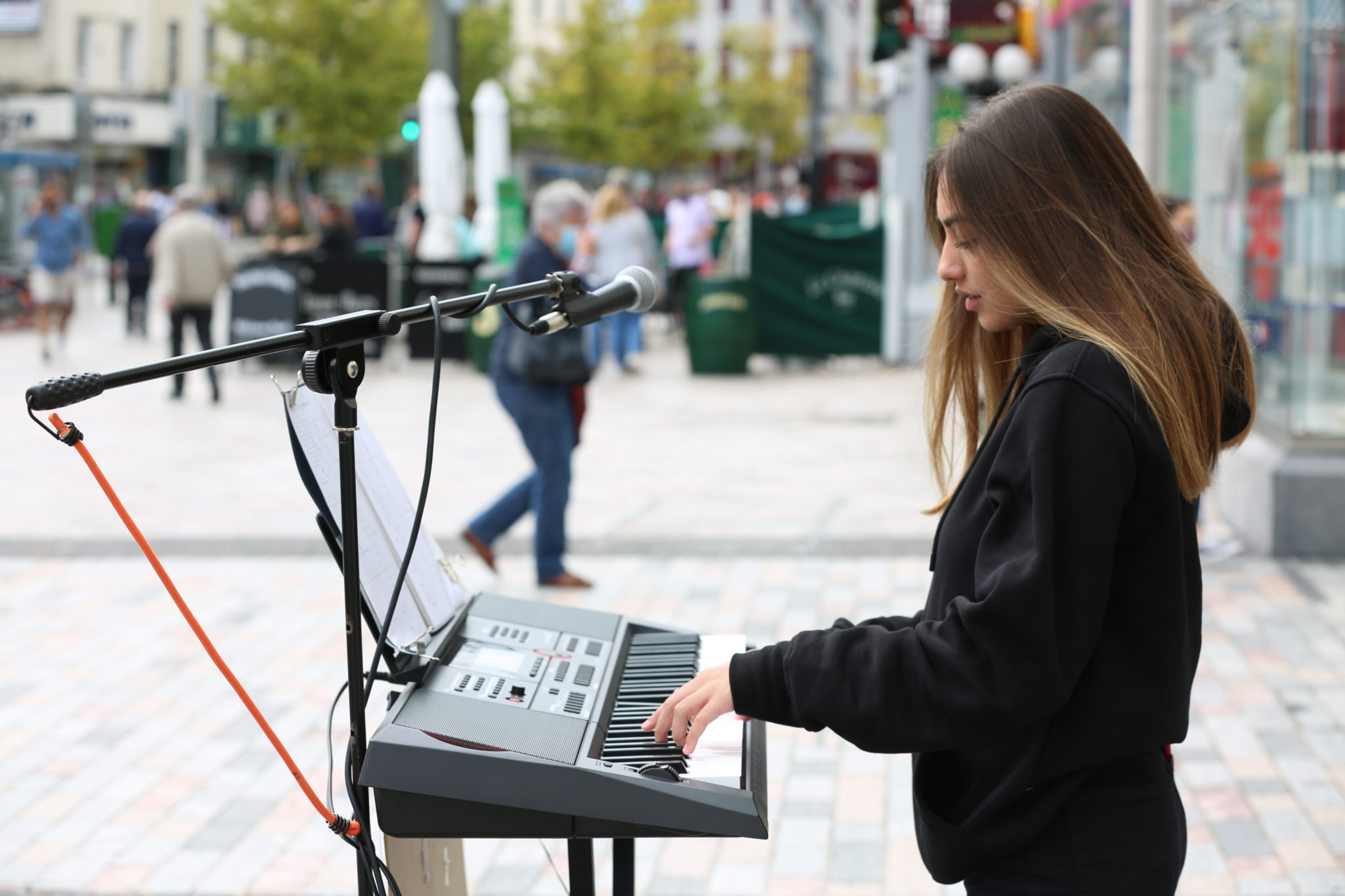 There are numerous ups and downs in the world of busking, not least as a result of the unpredictable Irish weather.

“Some days you get a big crowd," the singer observes, "and then the next day, you get no one and you think to yourself, ‘Oh my gosh, am I just terrible?’” But really, on certain days people are just busy and drawing them in is part of the excitement. The song that will always do the trick is John Denver’s ‘Take Me Home, Country Roads’.

Mel Maryns laughs. It is, after all, one of those songs that many people love to hate! But plenty adore it.

One of the most interesting developments in recent years is the extent to which buskers have begun to build an international fan-base via YouTube and streaming services like Spotify. Mel Maryns released her first six song-strong EP Once Upon A Time in 2021 and the follow-up, the Final Kiss EP, in August 2022.

‘Final Kiss’, a bittersweet anthem about moving on, was inspired by a devastating heartbreak.

“My love life doesn't look good in any shape or form,” the singer smiles, and yet she chooses to focus on the bright side. “It’s okay to feel depressed sometimes, but I wanted to let people know that there’s still a light at the end of the tunnel.”

Musically, she draws inspiration from different genres, with rock, pop and country influences all jostling for pride of place. That derives from the open-mindedness busking encourages.

“I always try to find out what’s trending and what people are listening to,” Maryns explains. “When you busk on the street, you have every generation and they all listen to a different type of music, so you have to sing all the genres and cover all the years. I see what people like to hear and then I try to learn it.” 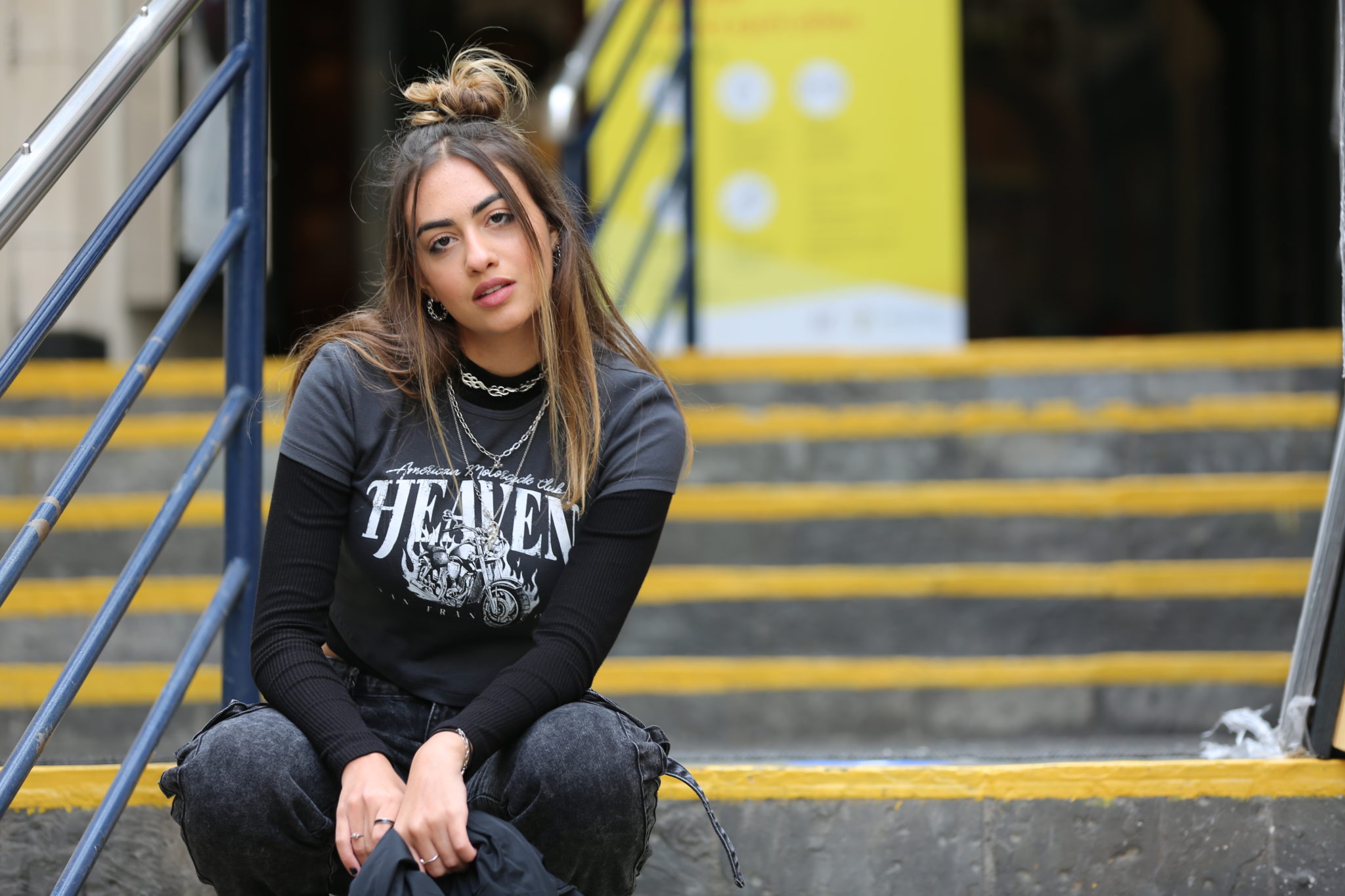 What can fans expect from her at City Stages in Limerick tomorrow? Mel Maryns explains that the artists will all play for 30 minutes. She plans to perform three originals and two covers. People can look forward to hearing ‘Final Kiss’ – but for the other songs, you’ll have to stop by to find out.

“When I got the email that Three wanted me to be part of this, I literally screamed,” Maryns smiles. “It feels so wonderful to be part of something so special. As a busker, it’s an incredible opportunity to show people my music.”

She is really looking forward to busking in the musical city of Limerick for the first time.

“You will get a lot of 'no's in music," she says. "People might not believe in you. It’s really hard to prove to people in the industry that you are good enough.

"Well, I think I am a good artist," she smiles, "because otherwise I wouldn't be doing this.”

Maryns has big aspirations for her future – which she logs neatly on her vision board.

“Hopefully I’ll have a label. And, five years from now, I'll be doing concert tours and selling out arenas. Maybe I'll have a Grammy," she smiles. "You never know.”

• Three All For Music City Stages will tour Ireland over the coming months, supporting the next generation of Irish musicians.

Applications to perform are now open at 3.ie/CityStages.

Dermot Kennedy: "I know who I am, and who I want to be... I felt less pressure, as a person, for this one"
Glen Hansard and Rónán Ó Snodaigh on The Busk: "We’re a tiny island with about five million people. We should really look after each other a bit better"
On this day in 1984: 'Do They Know It's Christmas' debuted at No.1
Bono announces eight nights at the Beacon Theatre in New York with Stories of Surrender
Bono – Stories of Surrender in Dublin: "Why would he put himself through this? Now we knew…"
Album Review: Various Artists, The Busk Record