Thomas Headon performed a vibrant set at Dublin's Academy on Tuesday night, November 23. Performing to the loudest crowd of his tour so far, the 21-year-old internet sensation lit up the venue with his catchy indie-pop tunes.

Opening the night was DYLAN, whose indie-pop sound had a rock edge. Performing a combination of unreleased and previously released tracks, the up-and-coming artist wowed audiences with her magnificent stage presence and alluring charm. Tracks like 'Nineteen' and 'Someone Else' have gained traction on social media platform TikTok, and the audience sang along to the familiar tunes. Her rock side came out with her cover of Guns N' Roses' 'Paradise City.' She also performed unreleased single 'You're Not Harry Styles,' which landed today on streaming platforms. 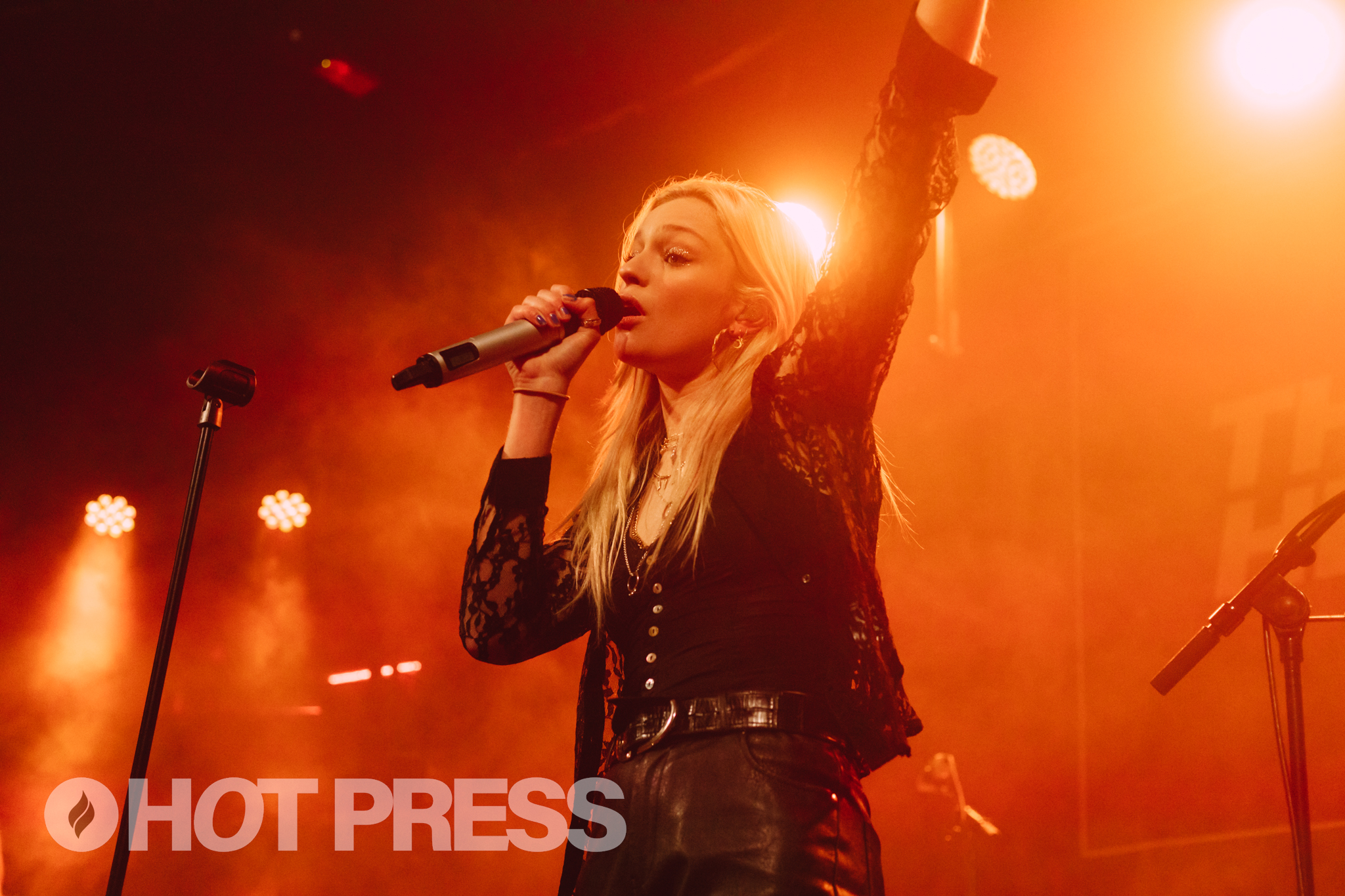 DYLAN supporting Thomas Headon at the Academy on 23/11/21. Photo by: Meryl Prendergast

Eventually Headon appeared on stage in front of the screaming crowd. The London-born singer-songwriter launched into 'Loving You,' which was followed by 'Car Window' and 'Butterflies.' The popular tracks were released in 2020 as singles and part of his EP The Greatest Hits.

After a few of these lively songs, Headon got into the groove of performing and fed off the crowd's energy. His covers of Taylor's Swift's 'We Are Never Ever Getting Back Together' and Blur's 'Song 2' in particular not only successfully amped the crowd up, but demonstrated his ability to make these songs his own. 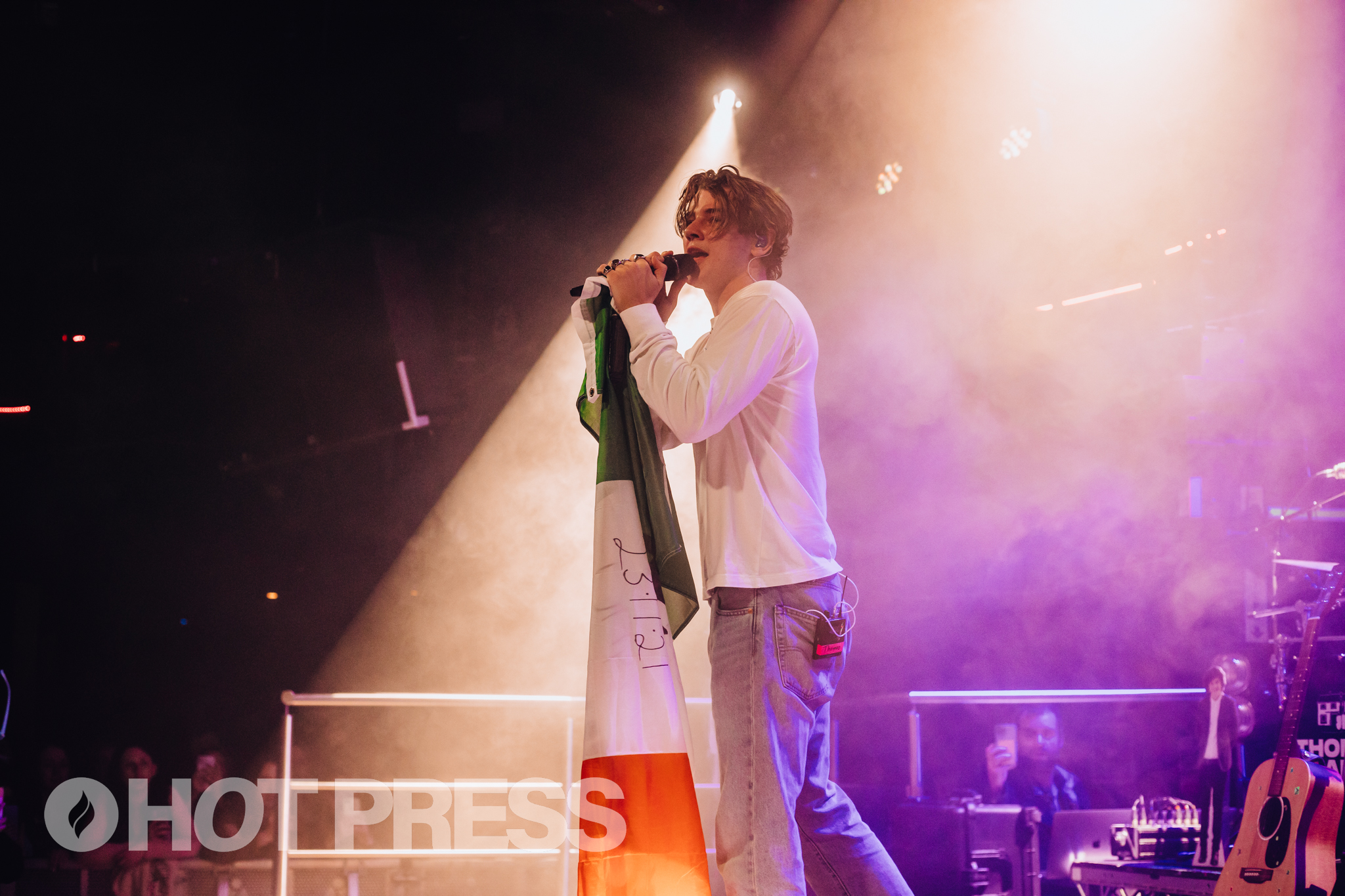 Headon slowed it down with 'Her,' an acoustic track that emphasised his vocal abilities, before jumping back into his more popular 2021 singles 'Nobody Knows' and 'Strawberry Kisses.' Both have also blown up on TikTok, and the former is known as the song about "making out on your sofa." During these songs – as well as throughout the set – he kept commenting how loud the crowd were.

"You are so fucking loud," he said, laughing at how he had to keep turning up his mic pack because he couldn't hear himself. Dublin was "one of the loudest on this tour" so far, according to Headon. 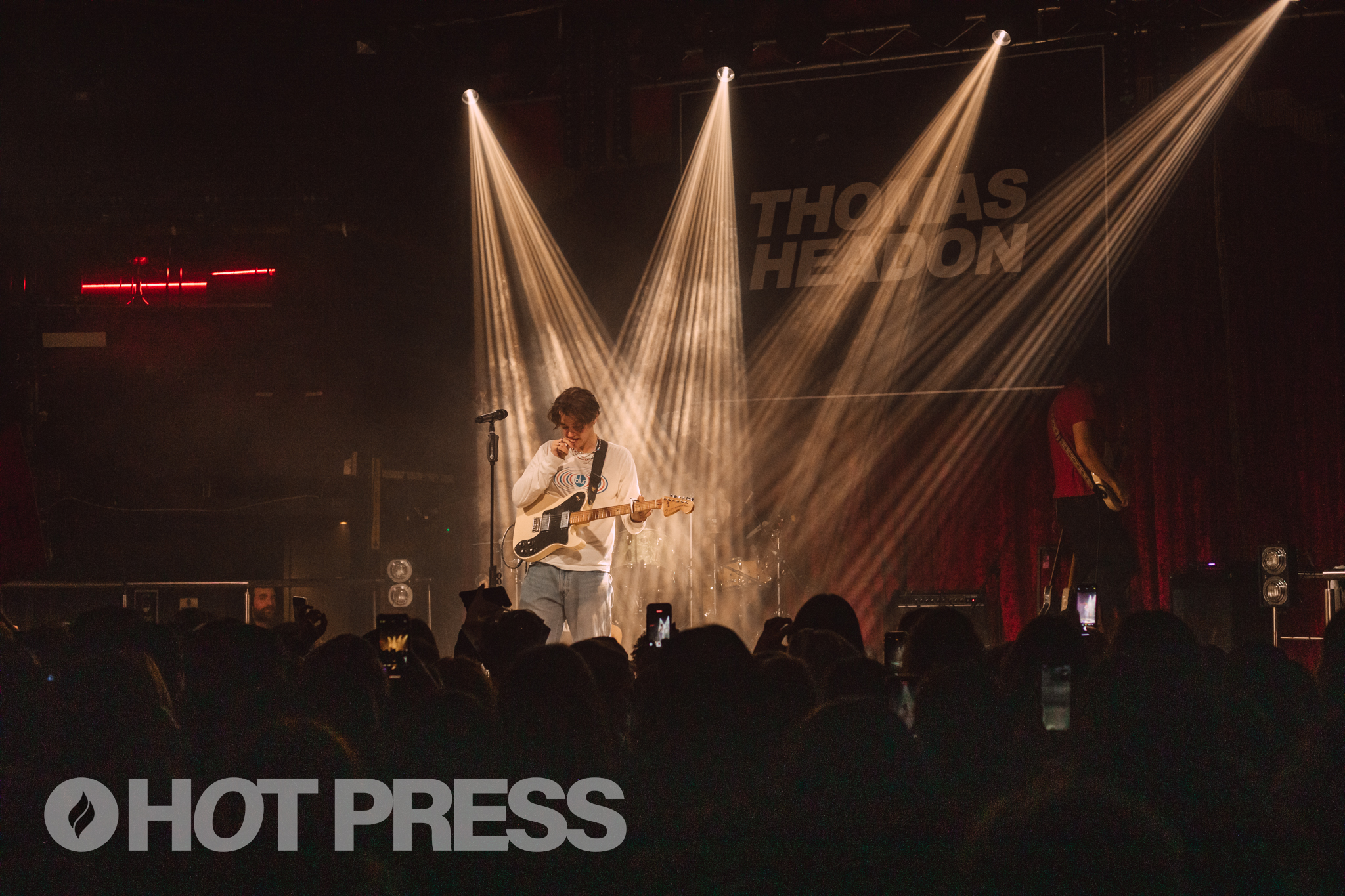 Headon ended the night with 'Clean Me Up,' his second single released in 2019, and 'UrbanAngel1999,' a 2020 single. The upbeat fan favourites showcased Headon's dancing abilities and increasingly infectious stage presence.

Overall, the night was full of youth and energy. By the end of the set, Headon was clearly more comfortable and energetic, interacting with the crowd more. He wore accessories from fans and held up multiple flags: the Irish tricolour, bisexual pride flag and rainbow LGBTQ+ pride flag. His charm with fans without a doubt added to the night's fun atmosphere, and his musicianship shows excellent promise for the rapidly rising digital artist.