An early contender for gig of the year, Somebody's Child delivered their best performance yet on Saturday night at The Grand Social.

I've been rooting for Somebody's Child for a while now. Take one listen to 'Toes' and tell me you're not a fan too (No, really. Go take a listen. I'll wait). Impossible, right? But after seeing their live set a few times, I've repeatedly been disappointed. Being able to write and record great music is only half the package – performing it live is what seals the deal. After their Ireland Music Week gig last autumn, I wrote that once Somebody's Child fully grow into their stage presence, these guys will be unstoppable, hoping they'd soon grow into their music.

Well, lads, the wait is over. The dawn of Somebody's Child has officially begun. 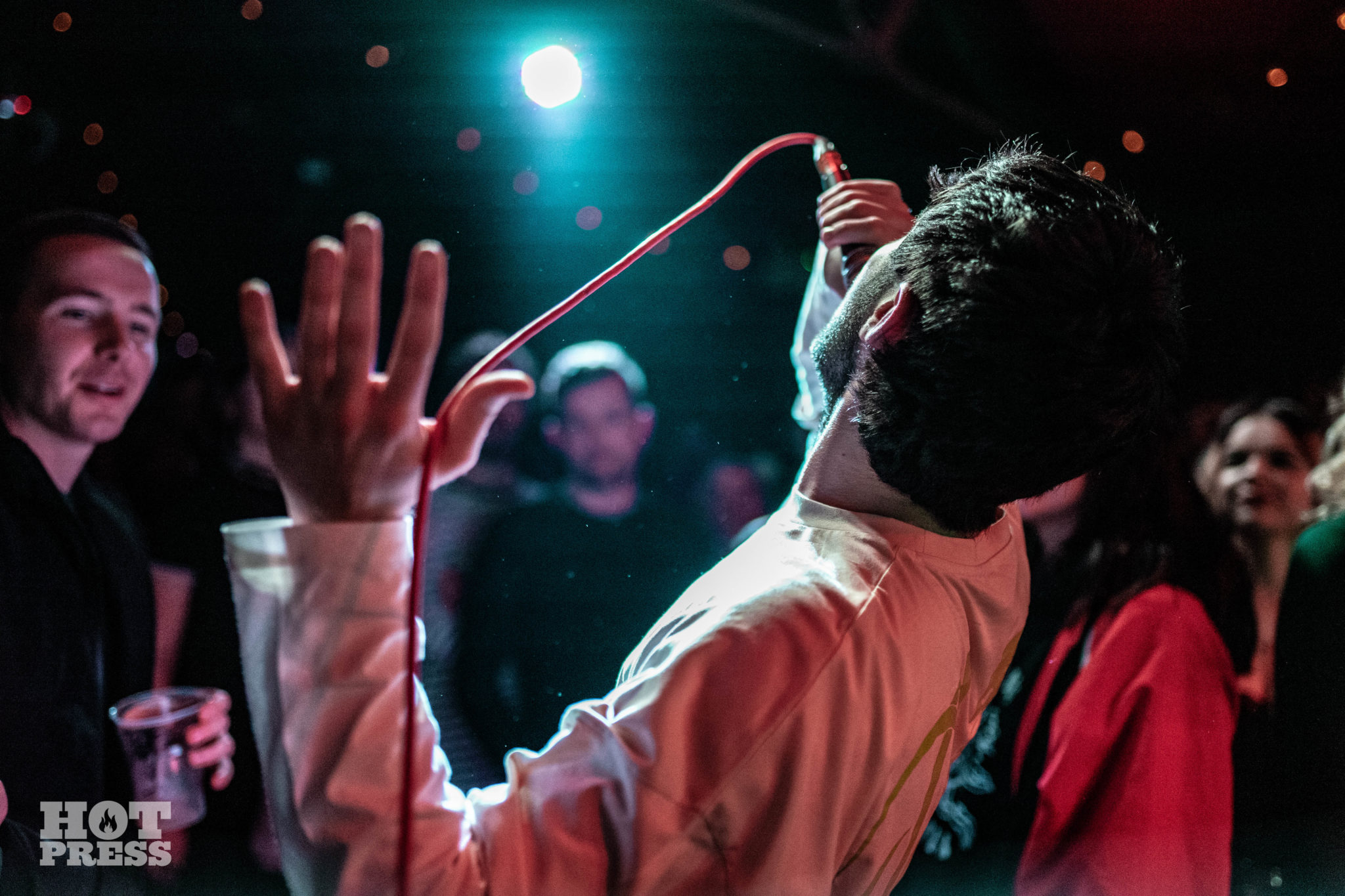 Gone are the days of timid knee-bending and hiding behind the mic stand, eyes shut for the full set. Although frontman Cian Godfrey took the stage in an unassuming white long-sleeve tee and jeans, he was a rock star. From the beginning, Godfrey repeatedly drew the crowd forward to the stage, until finally around mid-set, there wasn't an inch between the band and the sold-out crowd.

With a full 14-song set, it's hard to pick out the highlights – rest assured that when Somebody's Child's debut EP drops in April, there are plenty of new indie pop-rock anthems on the way. Their latest single, 'Love That Sound' sparked a bond between the crowd and the band that remained thematic throughout the night. The camaraderie of band members levelled up their already-impressive playing game as they evolved to headbanging and even a little dancing.

Cutting the energy in favour of intimacy, Godfrey offered, "It's gonna be a quiet one if that's okay with you," as the room turned dark, save for a single spotlight on him. As the opening notes rang out, the fire alarms started going off. Puzzled, the band looked around for any idea of what to do, while the crowd cheered them to continue, entirely unfazed. Moments later, the alarms stopped (glad they cleared that up – the best was still yet to come!) and the crowd swayed along to 'Because It's You', a wonderful electric guitar ballad that demonstrated the band's sound maturation.

Only coming back to Earth once the final strum finished ringing out, Godfrey locked eyes with the crowd again and yelled, "Let's get this party started!" Seriously, I don't know where this confidence came from, but the stage presence was infectious with the crowd. Clapping and dancing along for the rest of the set, and singing loud and proud during the classics (Can I call them classics yet?) like 'Distance', 'Jungle', and 'Toes', the fans welcomed Godfrey onto the floor numerous times to dance along with them.

Before the "last" song, Godfrey offered the crowd two options: "We can leave and you clap us back on, or we can just stay here and all sing together." The crowd overwhelmingly cheered to skip the encore festivities, to which Godfrey joked, "So, this is our last song." Three songs later, Somebody's Child officially closed out the gig, inviting as many people on stage as could fit, with Godfrey sacrificing his spot as he dove into the hands of the crowd. 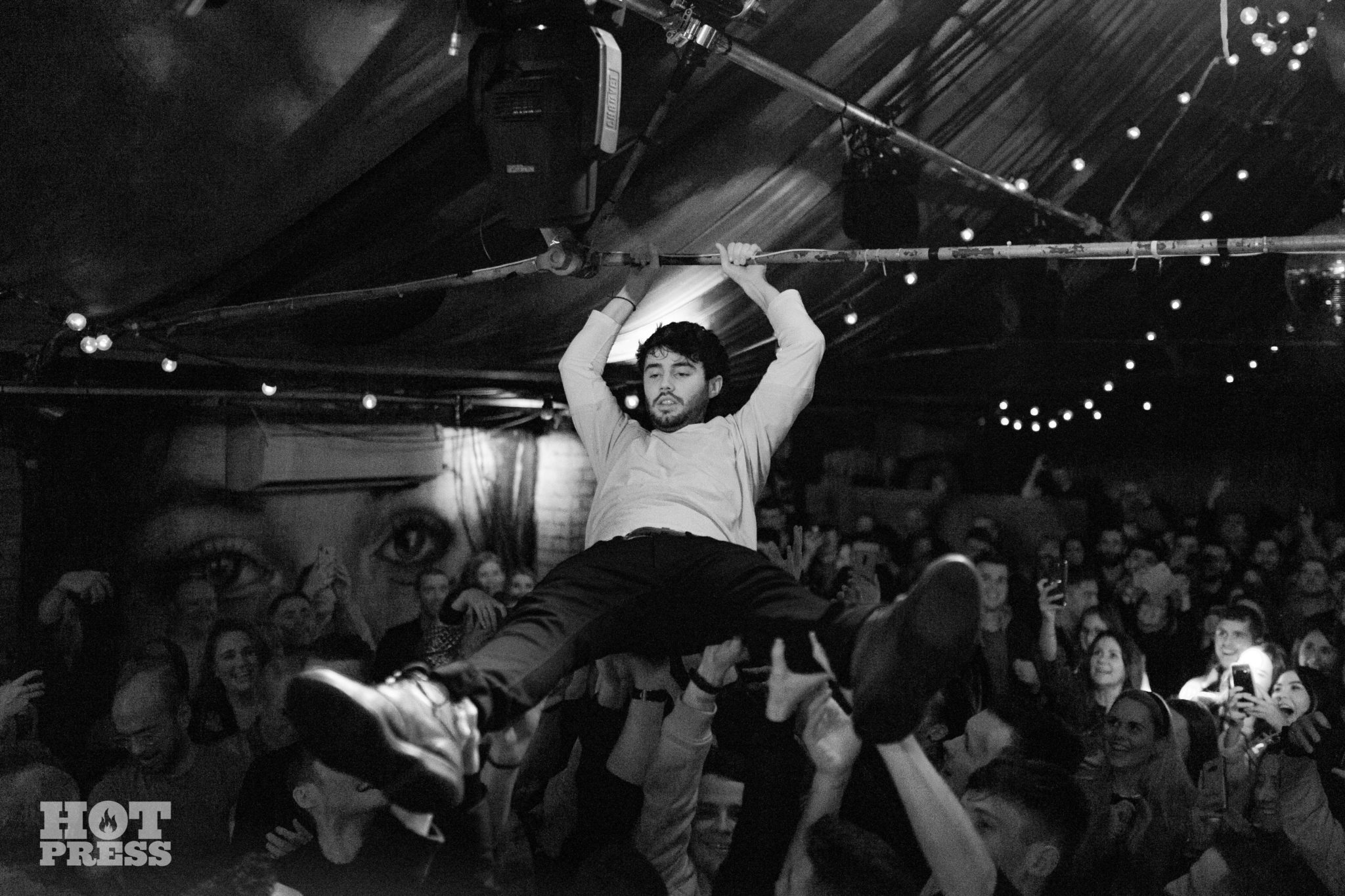 I've always left a Somebody's Child gig wanting more. This time, though I left with a mental note to remember this night come the time we round up the best gigs of 2020. The demonstration of maturity and growth Somebody's Child put on at The Grand Social was an incredible feat. But, I'm hardly sure they'll stop here.

Sizing up the crowd at some point in the set, Godfrey took a moment to thank the 250 people that came out to see the band. "That was fucking amazing. That was fucking..."

Couldn't have said it better myself, Cian.