Dublin-born Rejjie Snow returns to his city for the Longitude Festival, lighting up the Heineken Stage. And his homecoming is affectionate, to say the least.

The colours of Snow’s universe are vivid beneath Longitude’s Heineken Tent. Slated for a highly anticipated 45-minute set, the rapper’s presence is made known before he steps a foot onstage. 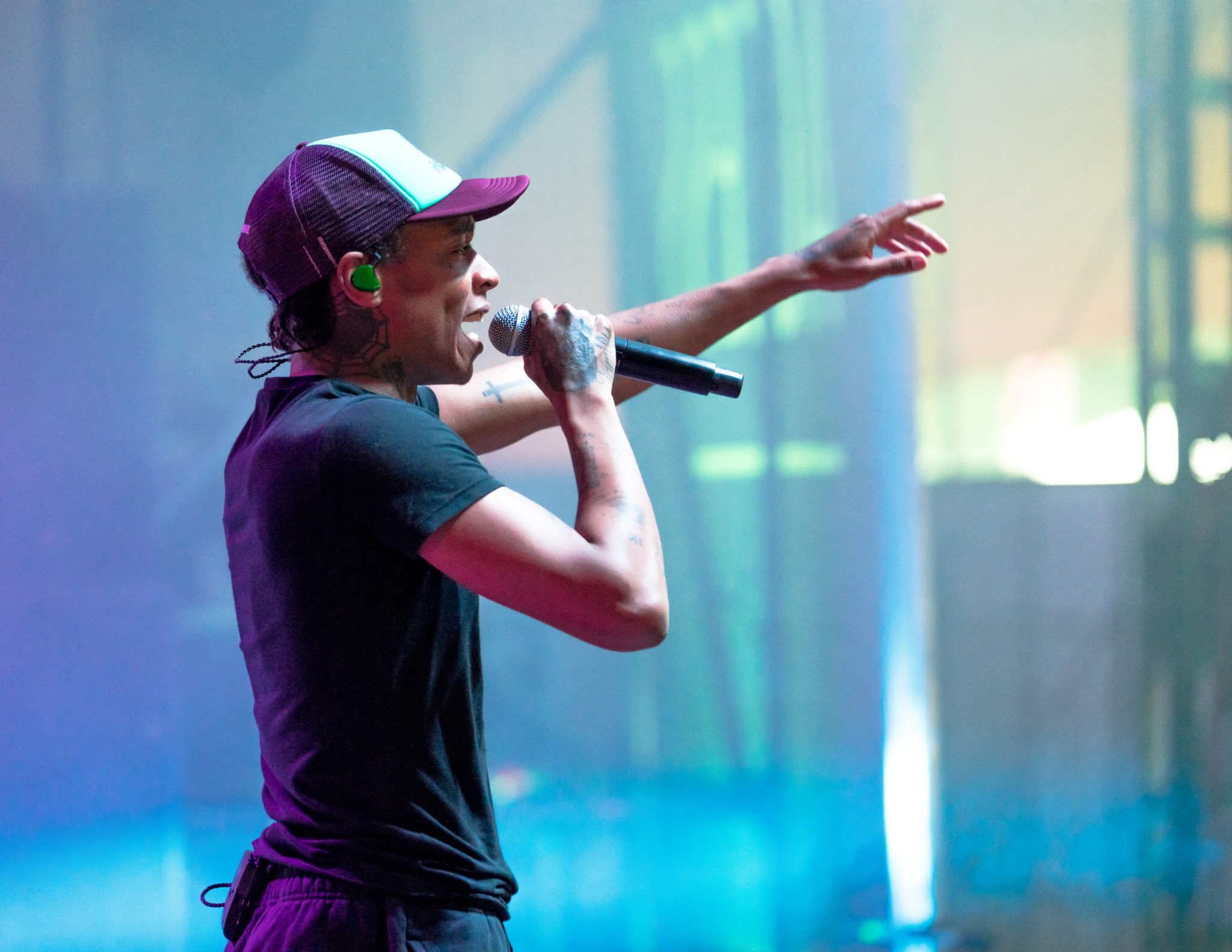 “When I say Rejjie, you say Snow,” commands the DJ, wrapping up a back-to-back banger set himself. The Drumcondra rapper glides onstage as his DJ drops into ‘PURPLE TUESDAY,’ to the warm welcome of his packed audience. The bubbly rapper is all smiles, pausing between his smooth, clear-cut vocals to allow for dance breaks. He sets his intentions right away, chanting, “Let’s blow the roof off this place, Longitude!”

Snow’s voice is pronounced and bright, his lyrics clever and introspective. ‘Désolé’ produces a sea of waving arms as neon purple lights dazzle the stage. The crowd joins him as he weaves through the chorus. He continues with the French titles, diving into ‘Mon Amour’ and floating around to the chirping birds in the background of the song. He has an undeniable, infectious energy that he injects into the crowd, making the Heineken Tent the place to be on these festival grounds. 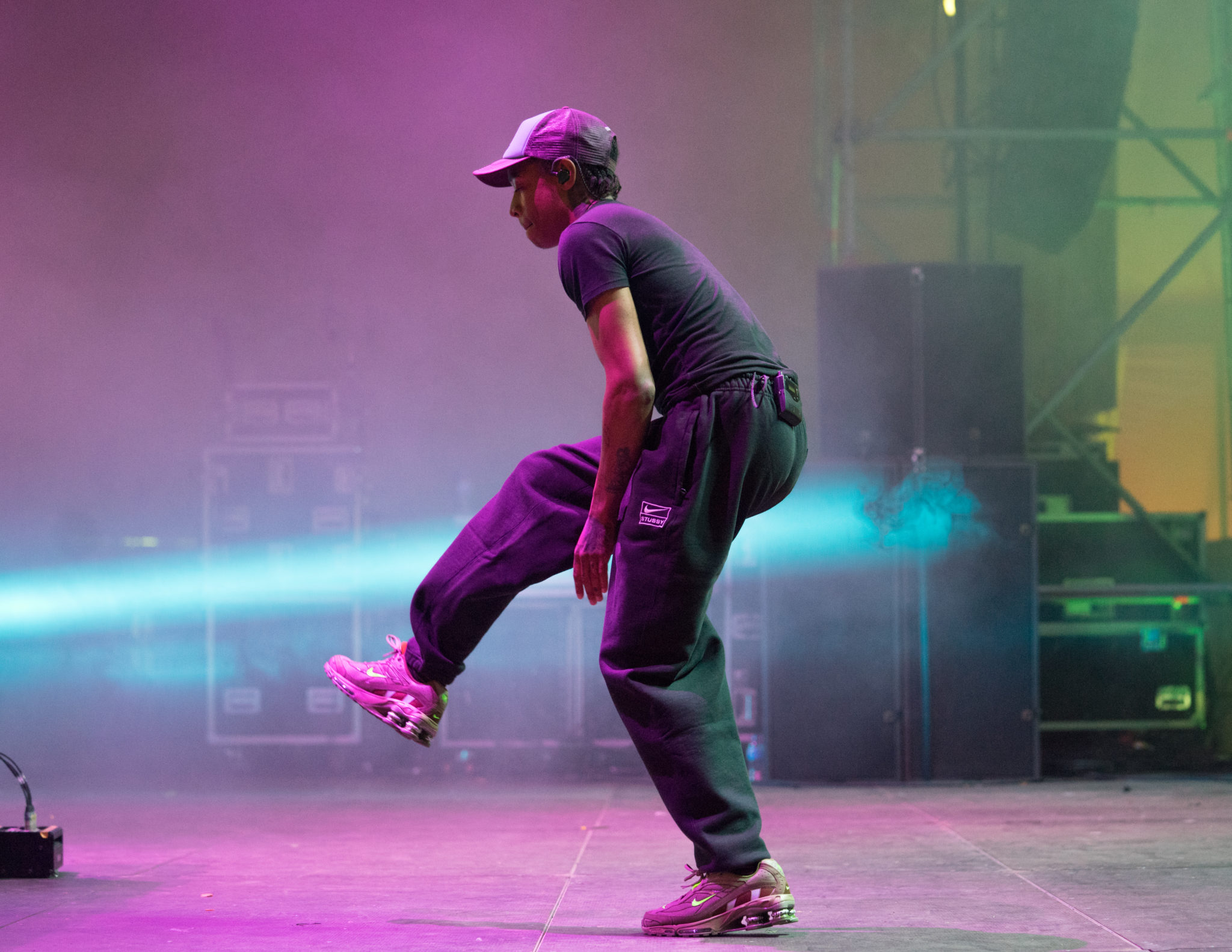 “Is everybody filled with love?” he beams. He moves into a breakdance for the R&B-laced ‘Egyptian Luvr,’ remaining playful and energetic even through Aminè’s recorded guest verse. He showcases his unique style in the second half of his set, blending harmonic, French-influenced bedroom pop with heavy-hitting, witty lyricism. 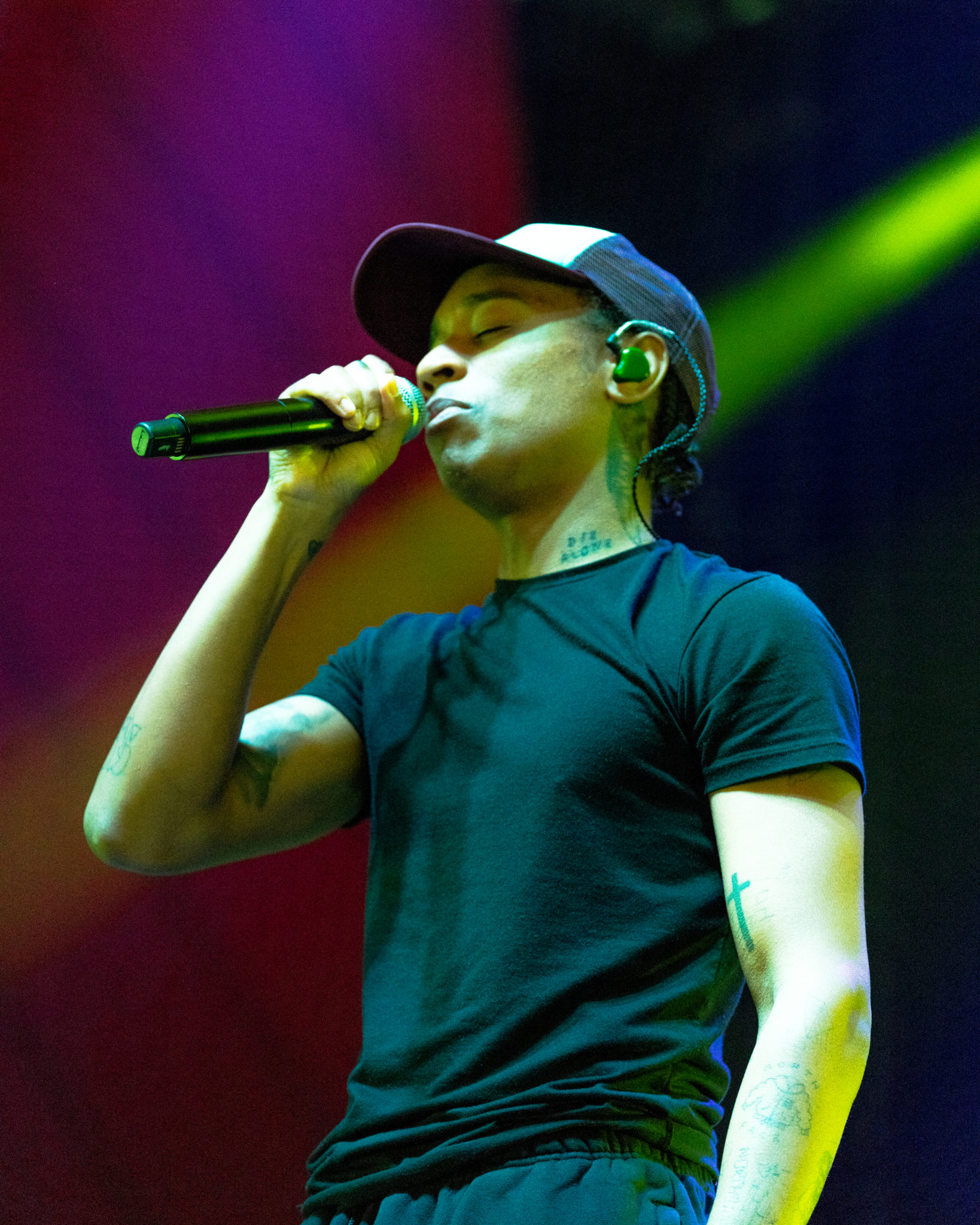 Snow paints a warm atmosphere with ‘Sunny California,’ invoking imagery of beautiful beaches, cloud-free skies and golden skin. He makes the most of his final moments, dancing with his hometown crowd and revelling under neon beams of light.

Read the full Longitude special in the new issue of Hot Press: