Girl in Red's show at The Academy last night is the perfect example for why Bedroom Pop is the voice of a new generation of teenagers - it was personal, inspiring, emotional and a lot of fun.

Before I get into Girl in Red's performance itself, let me introduce you to Bedroom Pop:

Every generation of teenagers has a music genre which may be said to speak on behalf of them, a genre which expresses the emotional and creative state the peer group is in and serves, in general, to capture the voice of a generation. In the same way as we point to Rock'n'Roll in the '50s, Punk in the late '70s and Grunge in the mid '90s, we might one day be calling Bedroom Pop their modern day equivalent.

As the name suggests, the music is made in the bedrooms of the artists who work independently and create a distinctive LoFi sound which so perfectly reflects the way music is made today: You can produce your own record at home and distribute it all by yourself without the help of a big label.

What makes Bedroom Pop the new voice of a generation, however, are the lyrics. As it is the case with some of the aforementioned genres, the songs are deeply personal and deal with issues teenagers have to face everyday – sexuality, bullying, mental health, growing up and finding yourself.

It doesn't come as a surprise then that the connection between the artists and their fans is especially strong. Nowhere was that more apparent than at Girl in Red's concert at The Academy last night. 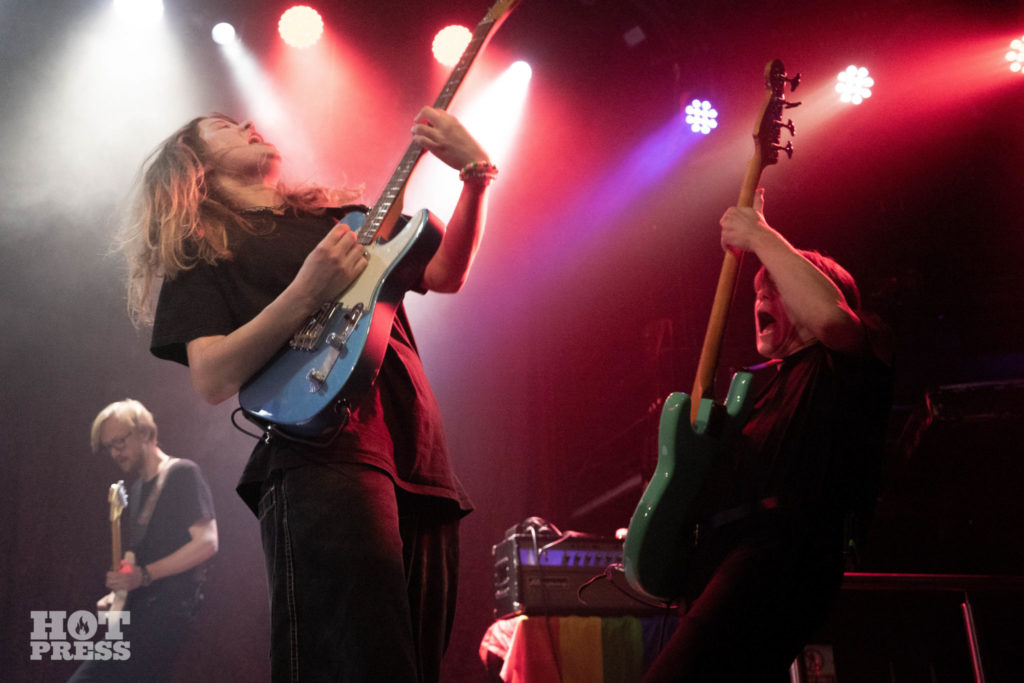 Norwegian singer-songwriter Marie Ulven Ringheim, aka Girl in Red, is the poster-child for the Bedroom Pop phenomenon. She started to release independently produced songs on SoundCloud in 2016 and quickly gained a huge online following due to her frank lyrics about queer romance and mental health. On top of that, she opened for Bedroom Pop queen herself, Clairo, at her Dublin concert in September of last year.

Now, Girl in Red embarked on her own headline tour across Europe and returns to Ireland after playing Electric Picnic in August. "Clairo is not coming on after me 'cause I'm the fucking headliner", she proudly proclaims with a big smile on her face. The audience in front of her is made up of her own fans this time and it shows – they know every lyric and lined up in front of the venue hours before the doors opened. One group of fans even made cupcakes with her face on them.

A lot of fans brought the singer some gifts which she eagerly collects between songs. "This is like christmas!", she says, followed by a sweet story about her father's christmas tradition. It won't be the last time Girl in Red would share some personal insights as the concert was more like a conversation between artist and audience with some amazing songs sprinkled throughout.

In fact, this is a thing Girl in Red seems to be self-conscious about: "Some reviews say I talk too much", she worries. She doesn't have to though, as this is only one of the many things that made this concert so special and entertaining.

Other reasons for that are, of course, the music and her performance. Listening to Girl in Red's recorded music, her delicate vocals are on the forefront and highlighted by dreamy beats and the occasional electric guitar – the hallmarks of Bedroom Pop. Her live performance, however, is rather reminiscent of a rock concert, complete with head banging and jumping around on stage. The live implementation with a real band gives songs like 'bad idea!' and 'summer depression' an incredible energy that turns her dreamy LoFi sound into solid indie rock.

Nevertheless, she also takes the time for some calmer songs, with the stripped down rendition of 'watch you sleep.' being especially moving. 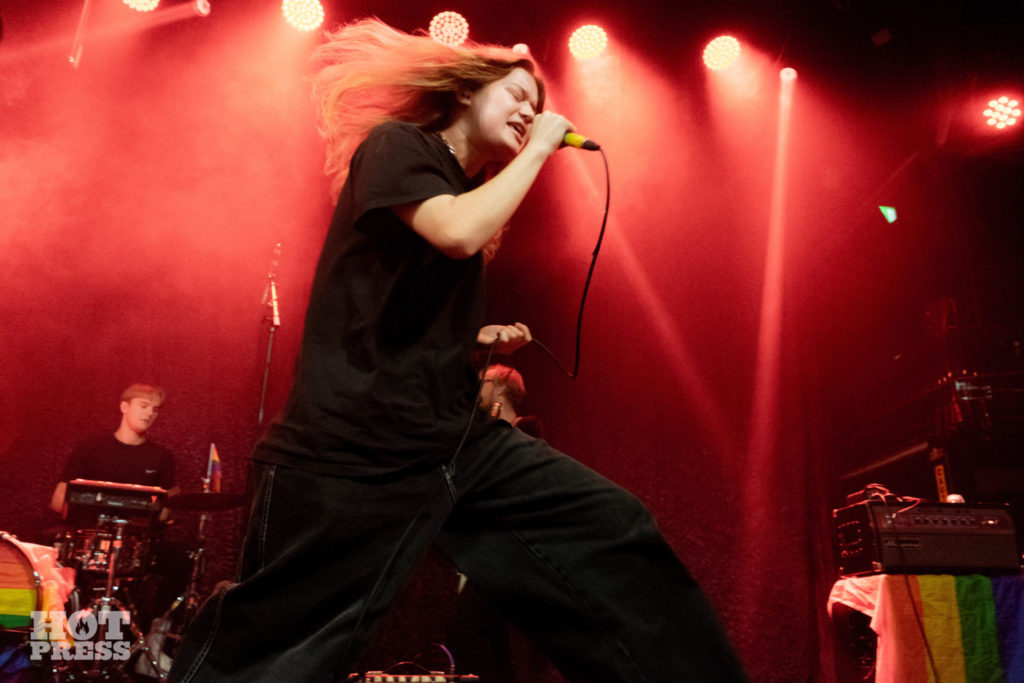 It's hard to pick out a favourite moment of the concert because there were so many. But if I had to choose, it would be when she played 'girls', an LGBTQ anthem with clever and sincere lyrics like "They're so pretty it hurts / I'm not talking 'bout boys, I'm talking 'bout girls" and "No, this is not a phase / Or a coming of age / This will never change". The audience was singing along to all of her songs but this time, it was more urgent, more passionate, more meaningful in a way. You could see and hear how much this song meant to these young girls and boys, a lot of them gay themselves.

'Girls' wasn't the only queer statement of the night. At one point, Girl in Red went on a stream of consciousness-like tangent about how everyone should wear what they feel comfortable in and don't give a shit about gender stereotypes. "I love that Matty Healy from the 1975 is wearing skirts now and Yungblud wears women's clothes. It doesn't matter, wear what you want!", she says, referencing two other very significant voice-of-a-generation artists. Her monologue perfectly reflects the welcoming and loving atmosphere of the gig and once again showcased her connection to her fans who screamed and cheered in agreement.

Girl in Red's last song 'i wanna be your girlfriend' further physicalises this closeness, as she threw her guitar away and went for a stage-dive like a true rock star. This girl is fucking badass and the teenage icon we need. Not only gives her music hope to struggling teenagers all over the world, she also promotes liberal values that are so important in times like these. The world needs more girls in red.

Album Review: No Rome - 'It’s All Smiles'
On Our Radar: Girl For Sale on her 'Seaspeak' EP and Taylor Swift influence
Track of the Day: Girl For Sale - 'Don't Ask How I Am (I'm Fine)'