Damo swooped in with a late contender for gig of the year at Vicar Street, Dublin on Friday night.

“Stevie smashed the delf, ‘cause he can’t express himself. He’s consumed by rage, like his father at his age.”

I was 10-years-old when I heard those words sung for the first time, blaring out of the old, paint-splattered radio in my kitchen. It wasn’t just the raw intensity of his voice and his unapologetically  natural accent that stopped me in my tracks – I had never heard the human condition, and in particular, the lives of ordinary Dublin people, expressed so vividly through music.

Of course, it wasn’t until several years later that I could truly realise the significance of those lyrics, and appreciate Damien Dempsey’s rare ability to defiantly articulate oft-neglected emotions in a culture that forbids vulnerability.

Indeed, over a decade since I first connected with ‘Sing All Our Cares Away’, Damien Dempsey’s music remains deeply personal – a connection that’s equally evident among the hundreds of fans who have gathered tonight, with the energy of die-hard football supporters at the biggest match of the year.

However, there are no airs and graces as Damien walks tall onto the stage of Vicar Street, for the first performance of his three-night run. He has spent the last two decades building up his legendary status and unwaveringly loyal fanbase through hard graft, and he doesn’t need to prove anything tonight. But Damien has come to deliver.

“In this room of sweet song and energy,” he tells the crowd, “We’ll have the sing-song of the century.”

He’s not wrong. From the opening lines of ‘Patience’, the audience have no qualms about belting back every word – a testament to his profound talents as a songwriter.

It’s the last Friday before Christmas, so spirits are naturally high – with arms in the air and plastic pints flying across the venue. Still, a well-structured setlist, featuring all the crowd-pleasers, keeps the energy up. From 'Negative Vibes' to 'Colony', the spirit of the room embodies that of a house party with old friends, while chants of “DAMO, DAMO” fill the space between every song.

There's something unique to connect to in each song, with many his socially-conscious ballads, like 'Ghosts Of Overdoses' having become more timely than ever, in the midst of a housing crisis and much-derided plans for a €22 million white water rafting centre: "Now they drive you from the cities, to make way for all the Yuppies." Before launching into the ever-rousing ‘Maasai’, he also pay tributes to Ireland’s female warriors, from Bernadette Devlin McAliskey to Katie Taylor – provoking one of the loudest roars from the crowd of the night.

And while Damien’s song clearly have no problem filling the room, his band help to brings the sound to a higher level of intensity that suits the celebratory mood of the crowd, featuring legendary musicians like Éamonn De Barra on keys and whistles, Clare Kenny on bass and John Reynolds on drums. 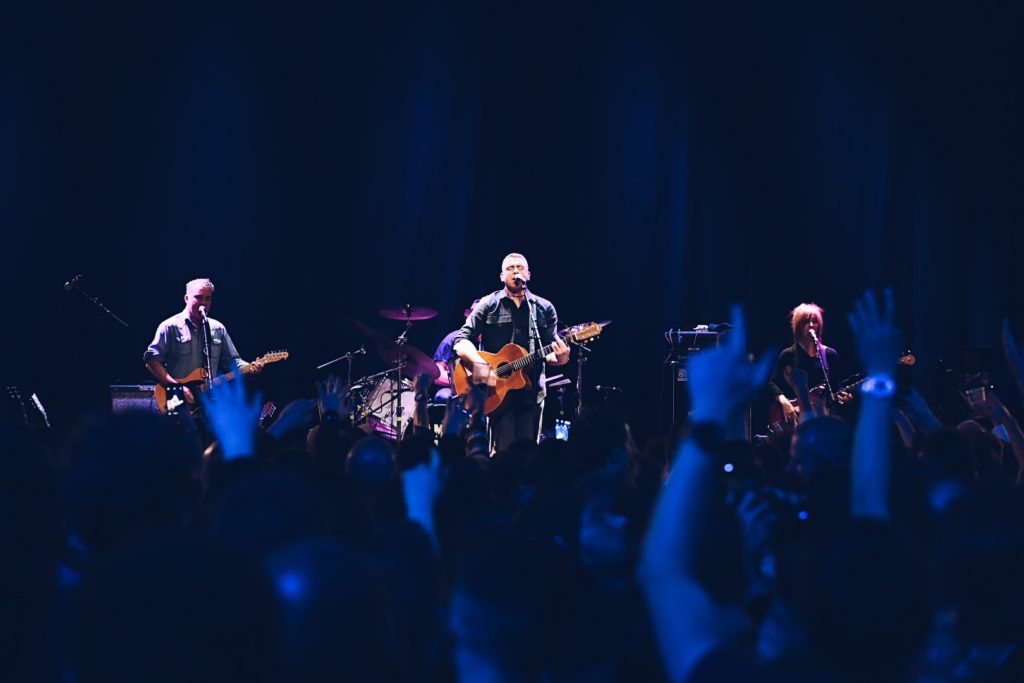 The night also see Damien pays homage to his Irish musical forebears, with ‘Poor Paddy On The Railway’ – a staple of the Dublin session scene, and famously recorded by The Pogues and The Dubliners. 'Rocky Road To Dublin' and 'A Rainy Night In Soho' are also received as enthusiastically as you'd expect.

Taking a step away from the celebrations, 'Chris And Stevie', his poignant ballad about suicide and the mental health of young men, is a tender moment in the night for anyone who has lost a friend – and proves just as devastatingly impactful as the first time I heard it. Few artists could pull off the shift in mood, but with Damien, there's a sense of genuine honesty in his his every move – leaving you with no choice but to trust him.

Of course, the closing song of the night could be none other than ‘It’s All Good’ – arguably the finest song ever written about the collective Irish experience. While roars of "one more tune" are typically expected after a gig of this nature, it was clear that Damien had given us everything in his arsenal. So, the adoring crowd launched into a moving refrain of "Love yourself today" – repeating the lyrics long after the band had left the stage, and the room's lights had been turned back on. A more powerful message couldn't have been delivered to the people of Dublin tonight – and to hear them repeating it back was a fitting way of honouring one of city's most beloved artists. 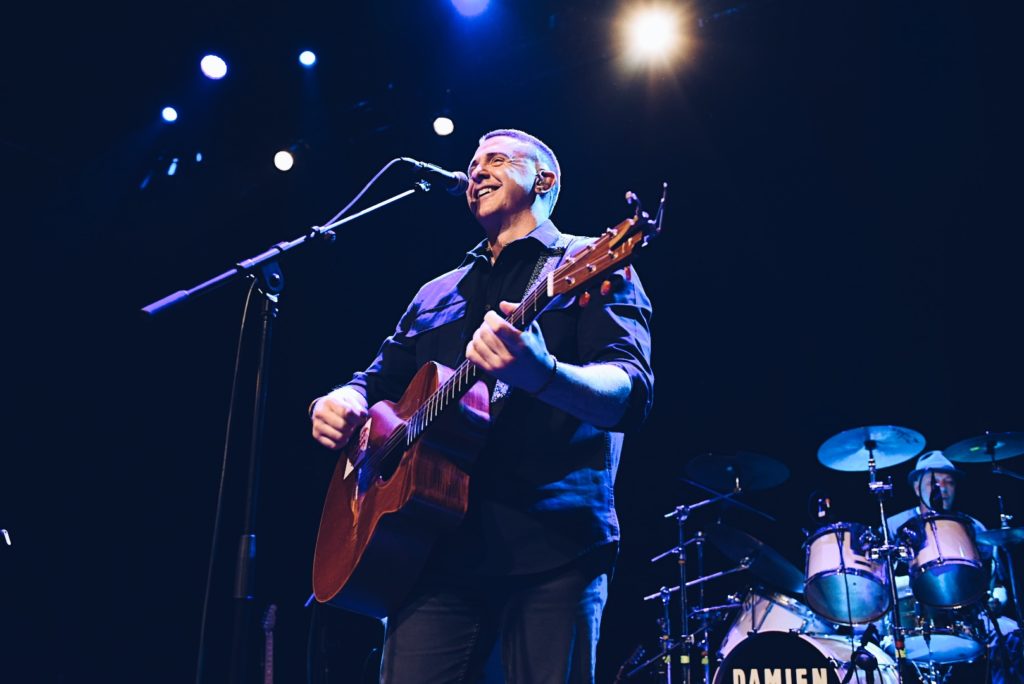 Processed with VSCO with a5 preset
Share This Article:

Interview: THUMPER'S Oisín Leahy Furlong On The Slane Sessions
Minister Catherine Martin: "We have to look with optimism to the summer"
Musicians and Stage Crew In Danger of Losing Homes After a Year in Lockdown, Says MEAI

How Frederick Douglass Is Inspiring a New Generation of Young Black Creatives in Cork
Former Hot Press Writer Molly McAnailly Burke Has Died
Introducing: The New Hot Press Logo
Foo Fighters Go Straight In at No.1 in Irish Charts
My Favourite Things: The Rolling Stones & Sticky Fingers
Nightwish to play the 3Arena later this year
We use cookies to ensure you get the best experience on our web site - by using this web site you consent to our use of cookies. Read more »