Lenii: "There are hundreds of artists being signed to labels after one viral TikTok hit – but they’re neglected if they can’t repeat that success"
Lenii FaceTime photoshoot. Copyright Miguel Ruiz.

Suddenly, the music business is buzzing about Ellen Murphy, aka Lenii. There was a moment when it became clear that the 23-year-old Corkonian’s latest single ‘White Lie’ was going viral on TikTok and it was like a revelation. Caramba! She was on her way. Since then, apparently out of nowhere, Lenii has accumulated 131.5k followers and 1.8million likes, on TikTok alone.

But of course this is not really a case of overnight success. Last year’s debut EP In All Fairness… had already demonstrated Lenii’s capacity to connect with the Gen Z brigade, her dark humour and clever wordplay resonating deeply with a personal fan-base that is smart, independent and instinctively rebellious. With her star rising, Lenii was invited to be part of the Women in Harmony gang recording the best-selling festive hit, ’Together at Christmas’. She also did a powerful Hot Press Y&E Series gig in November that turned heads in a big way. Add to that being named as a Hot Press Hot for 2021 artist, and booming streaming numbers, and you can see that Lenii’s career is taking off at a staggering speed.

“Honestly, I check the streaming numbers every 20 minutes,” she marvels. “My mind is blown at how crazy the figures are. When I’d put out music at the beginning, it would be pretty depressing. Now it gives me a boost every time I check. It’s like someone is playing a joke on me! It feels like I’m an imposter on someone else’s account.

“It’s weird,” she smiles, “because life at home is the exact same. Everything is online for me right now, so it may as well be in my head in a way. But who knows what it will be like when everything opens up again?” 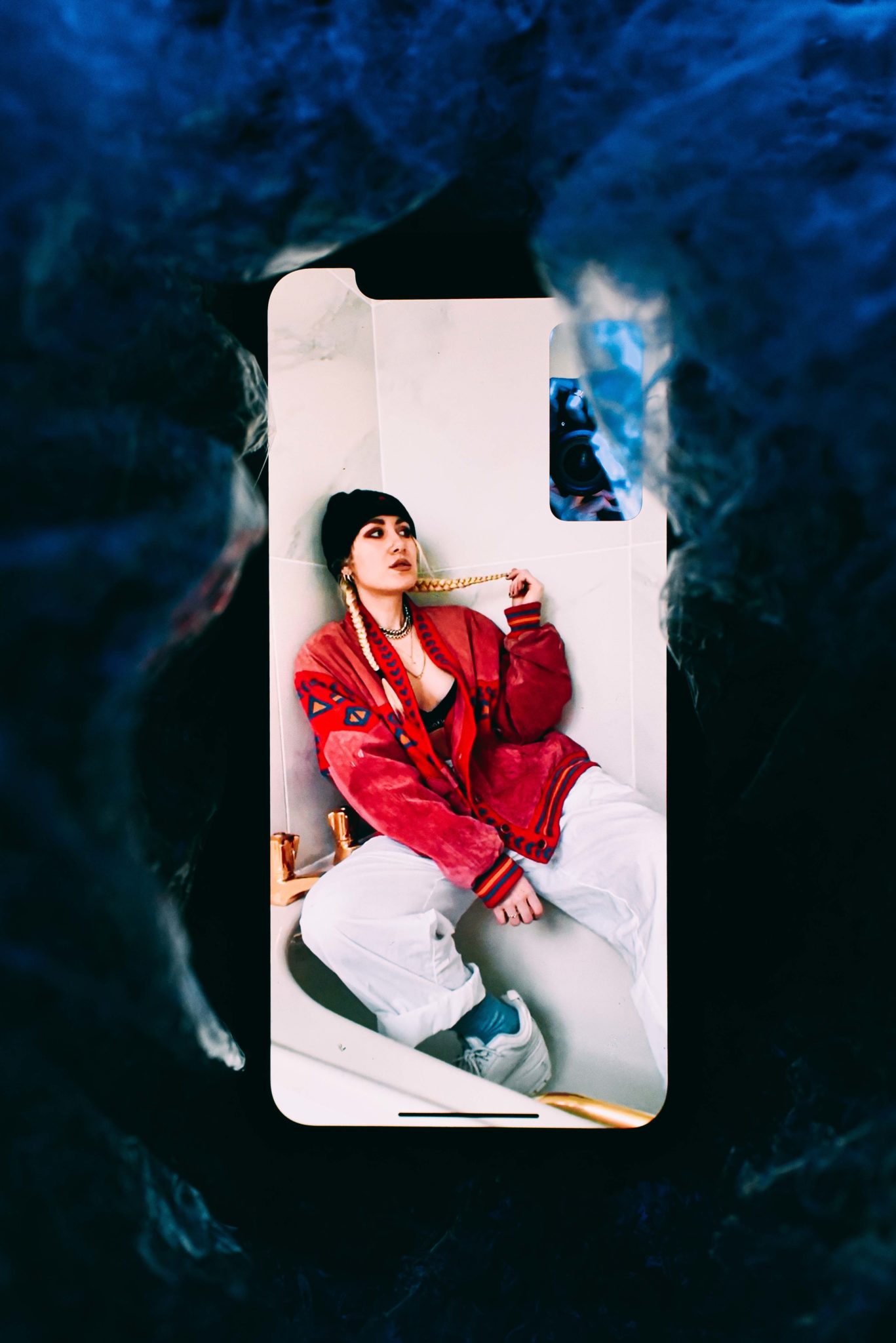 Online success doesn’t come without added pressure. Managing her social media presence is becoming a full-time job, given the boom in interactions from her 131,000 TikTok followers. Meanwhile, the anonymous keyboard naysayers are out there too.

“In general, I try not to engage with the negative comments,” Lenii notes. “We’re human, so we tend to pick out the one hurtful comment and let it eat away at us. The internet is wild, because one wrong thing you say can be remembered forever.”

That censorious drift is having a negative impact on the freedom artists feel, to express themselves. Lenii acknowledges it honestly.

“Writing songs about divisive topics can make me nervous,” she says. “I’m scared of making mistakes. But I’m still trying to sing about subjects that not everyone opens up about, while framing them in a way that isn’t harmful.”

Having used TikTok to connect with a wider audience, Lenii has a valuable insight into the platform’s pros and cons.

“On the one hand, the TikTok algorithm is unique, in that it allows you to be seen by absolutely everyone,” she says. “On the other hand, lyrics have to be instantly relatable and digestible, which completely changes the landscape of what audiences are being shown. There are hundreds of artists being signed to labels after one viral TikTok hit – but they’re neglected if they can’t repeat that success.

“It’s likely diminishing the scope of music,” she adds, “because shaping release plans around TikTok works well in terms of streaming, but also narrows the kind of music getting pushed out. When ‘The Kids Are All Rebels’ came out, I had to toughen up and grow a thicker skin because of the negativity it brought. I was so firm with my anti-Trump beliefs that there was no room for doubt.”

“I was raised Catholic, so there is that sense of guilt present in ‘White Lie’. The song isn’t about not believing in God – it traces a metaphorical relationship and how it would be viewed as wrong in certain circles. Religion was a way of framing that, because it paints everything as black and white, whereas I believe that there are shades of grey.

“When I posted it, I wasn’t thinking about how the news cycle that week had centred on the Mother & Baby Homes. I had actually written the song a year before, but it was remarkably relevant at the time. A lot of people were totally rethinking their relationship with the Church.”

The track generated a powerful reaction.

“It connected with the LGBTQ+ community as well,” Lenni continues. “I’m bisexual, but I didn’t tell my parents until I came home from the States this year. I have all this new music that’s influenced by that part of my life. I never explicitly mention bisexuality in ‘White Lie’, but listeners reached their own conclusions and related to it.

“It wasn’t something that was ever talked about while I was growing up in Cork. I didn’t label myself as bisexual until I moved to America. When I write songs, I just write about experiences in general, rather than using gendered pronouns. Because I don’t really think in those terms. I never publicly discussed my bisexuality, but I feel way more comfortable with it, especially now that my parents know.” 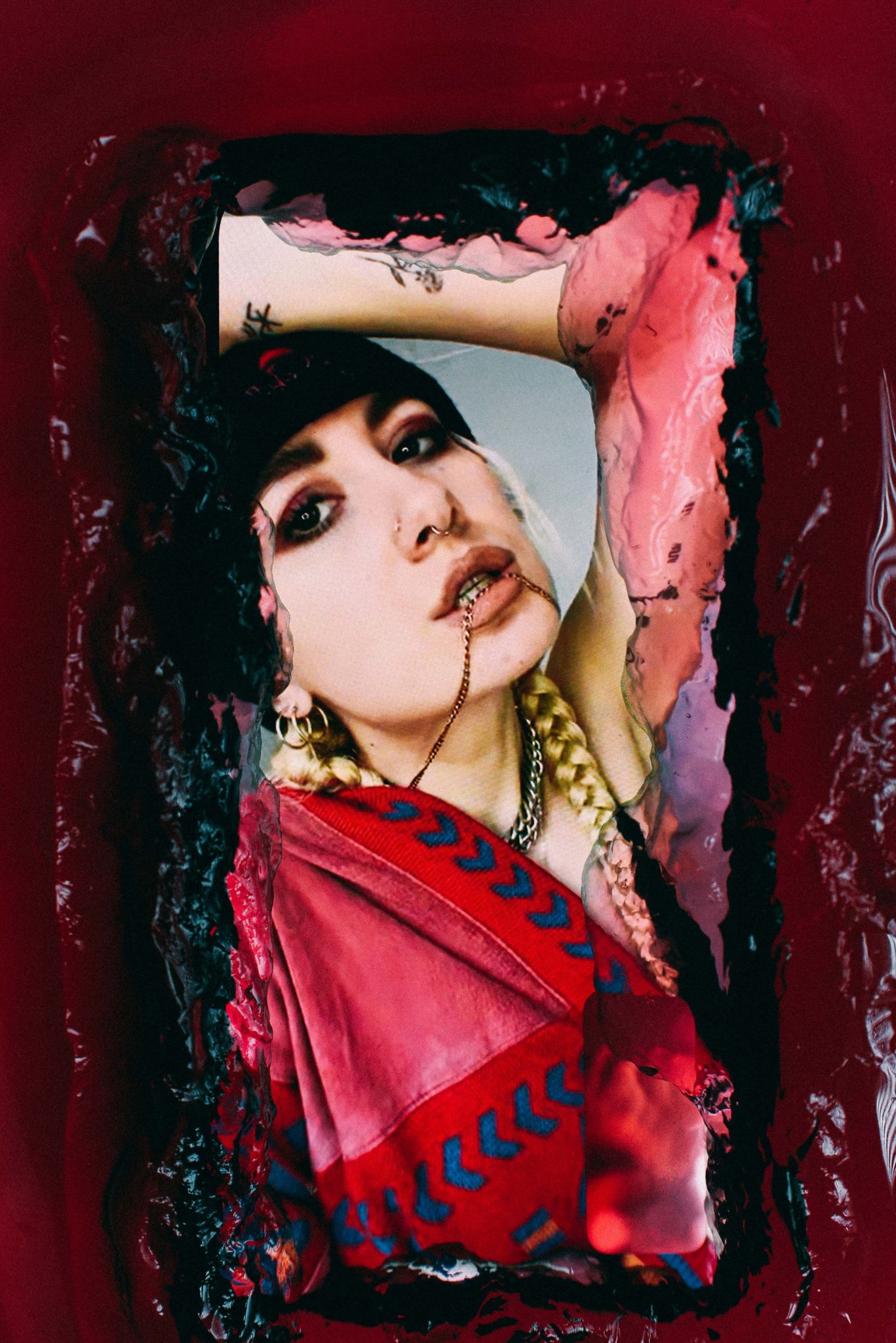 The current plan is to release her debut LP this year – and there’s live shows on the way as well.

“Fingers crossed, I’ll be playing Whelan’s on October 29,” she says. “I’d love to be doing shows everywhere when things open up. I have a new fanbase around the world who I can’t wait to meet in real life. They’re an amazing community of friends. I’m notoriously terrible at sticking to plans, but the album will definitely be out this year.”

Lenii nutshells the concept for the record as “The Rocky Horror Picture Show meets modern Tim Burton”. But it will, Lenii explains, have a personal feel.

“It’s a style of theatrical music that brings my audience inside my head,” she says. “I was really mentally unwell for a few years, but I had this great therapist who taught me that everyone has a different definition of the word ‘normal’, and that I shouldn’t judge these feelings. They always pass in the end.

“The album is my 17-year-old self summing up what it was like to go through these normal experiences, convinced that there’s something totally abnormal about you. Mental illness is often viewed as unusual, but we all have to deal with it on some level. Doctor, Doctor, I’m Perfectly Normal is about how we’re all a bit weird and wonderful. It would be boring if we all fitted into society’s box.”

Mel Maryns on performing at the Three City Stages initiative: "As a busker, it’s an incredible opportunity"
Pretty Happy unveil video for 'Boots' from newly released EP
Molly O'Mahony: “That’s the nature of my songwriting, I’m not very cryptic. I put it all out there because I have to"
The Prodigy announce Irish outdoor shows for 2023
49th & Main continue to hit major streaming milestones ahead of December tour
Pretty Happy announce debut EP Echo Boy