Watch the Belfast hip-hop trio go to confession in their long-awaited new video.

Ten months after the release of their powerful single 'MAM', KNEECAP have returned with a video for a brand new track 'Guilty Conscience'.

Although the single has yet to hit streaming services, the acclaimed Belfast group have revealed that a Spotify and vinyl pre-order link will be available soon.

The video for the track was directed by Rich Peppiatt. As we reported earlier this year, the BAFTA-winning writer and director is also making an Irish-language feature film about KNEECAP – which made the shortlist for the new Mother Tongues Awards. 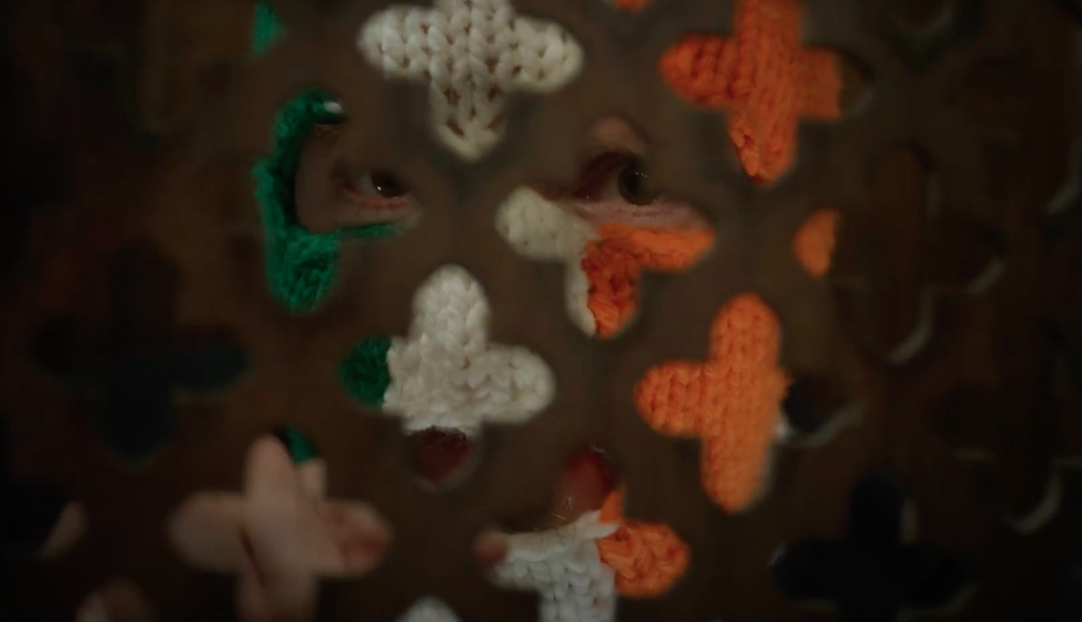 'Guilty Conscience' was produced by Denzel – and cut and arranged by KNEECAP's DJ Próvaí. Take a look at the video below: