In a revealing interview, bedroom-pop maestro Rex Orange County discusses his hit album Pony, toxic masculinity, wrestling with self-doubt, and how he learned to deal with pressure - kind of.

Sometimes even superficial small talk can tell you a lot about the person you're talking to. When I meet Rex Orange County - aka Alex O'Connor - ahead of two sold-out gigs at the Olympia Theatre, he asks me how my day was. "Oh, you know, the usual," I answer. When I ask him, he says the same thing and smiles. He's well aware flying from country to country as part of a world tour is most certainly not "the usual". It goes to show that he still has to process what's happened during the last three years.

In 2016, O'Connor self-released his first album, bcos u will never b free, on SoundCloud, becoming one of the first artists of the bedroom pop genre (more on that later). The record caught the attention of none other than Tyler, The Creator who flew the Brit out to LA to record some songs for his album Flowerboy (you know, as you do). Three months before the album was released, Rex Orange County shared his 2017 sophomore record Apricot Princess to critical acclaim. Follow-up singles like 'Loving Is Easy' and 'Sunflower' further solidified his status as the posterboy for DIY musicians.

In late October of this year, Rex Orange County put out his new album, Pony. The record is a worthy follow-up to his previous efforts, blending indie pop with hip hop and jazz influences. A top five hit on both sides of the Atlantic, it's confirmed his status as one of the hottest pop properties on the planet. Despite the quirky name - "It has nothing to do with horses, I just like the word" - the album delves deep into the psyche of the singer, as he tries to process his new found success and the high expectations accompanying it.

When I ask him how he deals with the pressure, it's apparent that I've touched a sore spot. O'Connor struggles to find words and puts on a telling smile.

"It was hard," he admits. "The first stuff I made was without much thought. Everyone loved songs like 'Corduroy Dreams' and 'Sunflower', but I could never truly make those things ever again like that, because I don't want to. That was me at the age of 16. I'm 21 now. The pressure was there because I wanted to deliver something that I love, that is different without being too far from what I did before."

With the pressure also came writer's block, which took a toll on the BRIT School alumni. As he sings in 'New House', one of the stand-alone singles prior to Pony: "You know that I haven't been inspired since like I was 18 / And the extra stress isn't necessary anyway". According to O'Connor, the turning point came around Christmas 2018.

"My year had gone so slowly 'cause so much had happened," he recalls. "I felt like I was 29 but I was only 20. I just felt old and wanted to improve everything. Probably when things got better, I found more inspiration and anything that wasn't good before was gone."

Just as 'New House' signifies a state of creative drought, '10/10' hints at a road of recovery for the songwriter. "And though it's still hard work to find the words / I'm still gonna write this fuckin' song", he sings.

"Pony is me at a point where I'm looking back at this time between Apricot Princess and now," he reflects. "I'm talking about all of that stuff and how difficult it was, but if I'm really honest, there were things that made it so much easier across that time. I worked through it, grew up and learned from mistakes."

It was very important to him to end the album on a positive note, which is 'It's Not The Same Anymore'.

"First of all, I think it would have been too depressing to just go, 'It's not the same anymore, it's terrible'. 'Cause it's not at all and there are so many songs on there that prove otherwise as well, like 'Pluto Protector' and 'It Gets Better'. '10/10' is lyrically quite sad and soul-baring, because I've had a hard time. But the point is that I've had a hard time, I'm not having a hard time right now, you know?". 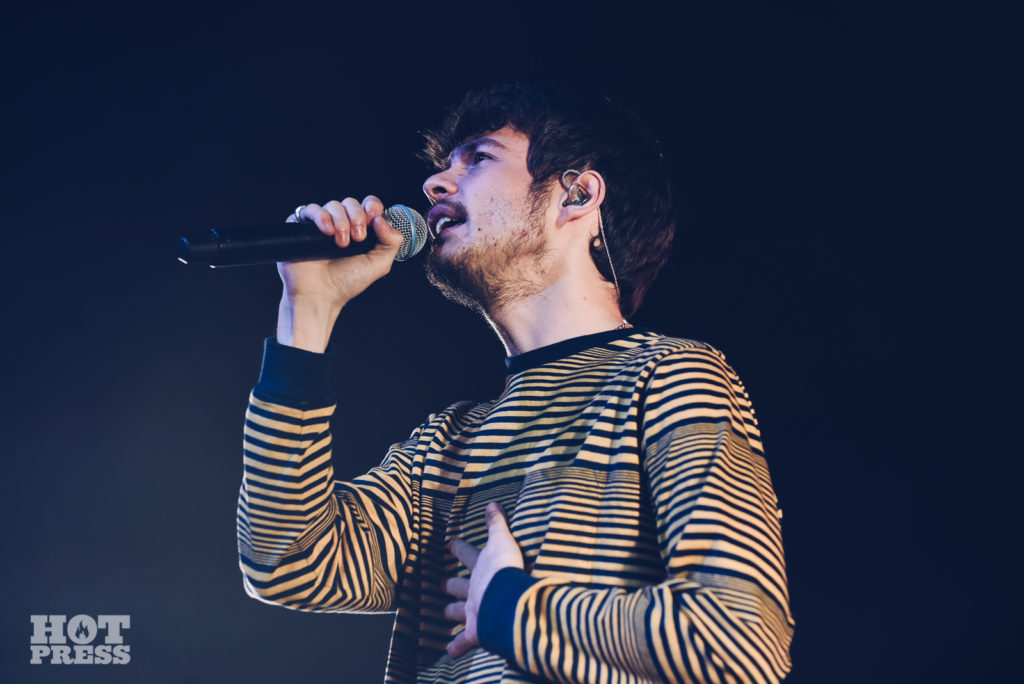 "It's amazing that things are a lot more open", he asserts. "It means that a lot of people talk about mental health and sexual orientation more. Things are absolutely so much more accepted than they were years ago. I'm proud to be in a generation that's like that. It's interesting to see where it will go."

He never thought twice about putting himself out there emotionally.

"At the time I started making music, I was that sad and I was that emotional, so I knew that that was what I was gonna say. I knew that there were other people that were gonna feel all those feelings as well. There's no part of me that ever feels embarrassed about being like that and being a man. All of my favourite male artists - Frank Sinatra, Frank Ocean - were doing it. Is there anything wrong with them singing about being heartbroken? So, if Frank Sinatra could do it for that long then I can do that, too."

In fact, emotional honesty is exactly what the younger generation is yearning for in today's music, according to O'Connor. Teenagers just feel differently than adults and he understands that.

"The kind of emotional, really happy, really sad love thing is what everyone who's 16 to 19 or younger feels. It's dramatic, just like exaggerated emotions. So it's probably easier for them to get into my music."

He's not intentionally aiming it towards a younger demographic, but nevertheless is part of a music phenomenon that has captured the spirit of a lot of teenagers in recent years - bedroom pop. Having grown up with the internet, bedroom pop artists create their music at home (in their bedrooms) and distribute it independently. The lo-fi, DIY aspect of it gives it a more personal touch.

"It's showing that you can do something by yourself and therefore it's more relatable than a pop star with four or five writers, big producers and a big studio," he proffers. "People get it because it's right there and I did this all myself. There's no machine behind it, no label at the time."

Since the success of Apricot Princess, Rex Orange County has signed a deal with Sony Music, but still does most of the producing and instrumental parts himself. That's a lot of work for one person, but he wouldn't want it any other way.

"If I wasn't playing it, then it wouldn't be done exactly how I wanted it done. It would be harder to split it between three or four people."

Rex Orange County is very much an artist of his generation, for his music can't be ascribed to one genre. In typical bedroom pop fashion, he blends multiple styles of music together, from pop to R&B to hip-hop and even jazz. My theory: in a few years, there will be no genres anymore. No more restrictions, but an eclectic mixture of sounds that can't be put into boxes. Rex Orange County's music perfectly illustrates the concept.

"There's nothing I don't listen to", he says. "Within all corners of music, I'd like to think I know what I like and what I don't like. I wouldn't ever shun a whole genre. But I definitely love music that sounds nothing like me."

Hip hop, for example. He says he gets energised - not physically but mentally - by American rappers like Young Thug and his UK counterparts, Dave and Stormzy. But these days, it's not about the names anyway.

"It's more about songs and things that are just coming up. I like that I don't do that, it's not what I'm about. I love being able to just take myself there by imagining it - I love the feeling of it." 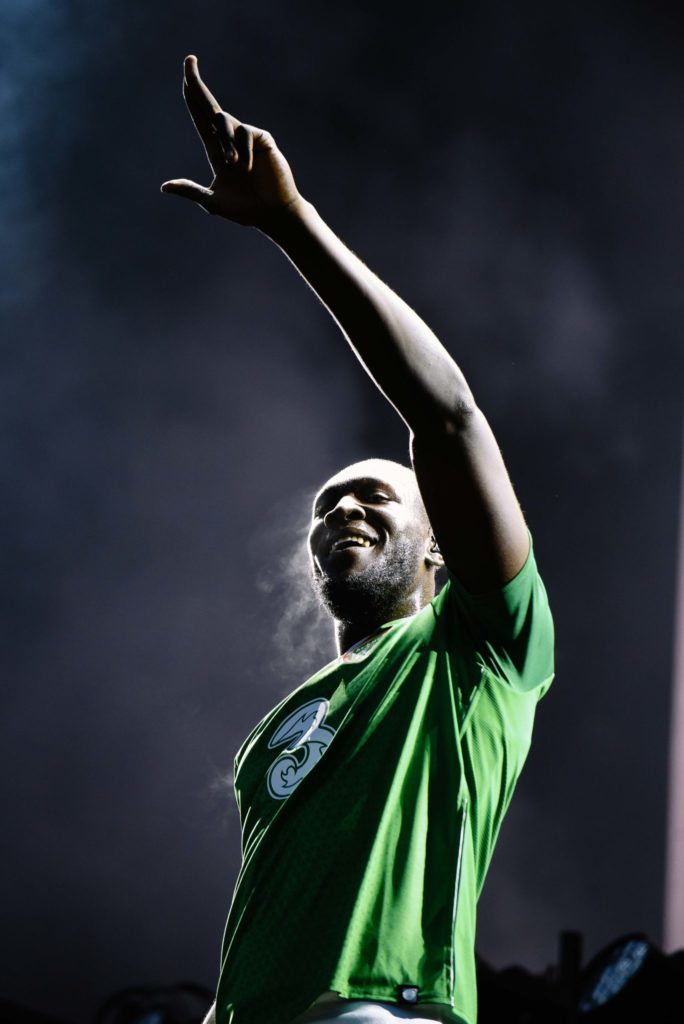 O'Connor's life has changed substantially over the past few years, but there's a constant that's been there even before all of this started - his girlfriend Thea. Though touring can separate the two for a long amount of time, it hasn't impacted on their relationship, which remains as rock strong as ever.

"We both know how it goes and she sings too. We're both aware this isn't a normal lifestyle - for anyone. The fact we both understand that means we can get by. We know we're both doing our thing and it doesn't come in the way of us at all."

In terms of friendships, touring can even be a relaxing venture, he says.

"I feel like being on tour is an excuse to just be like, 'I'm literally busy, I could show you now on the internet.' It's almost like a relaxing thing, if that makes sense."

Real friends will understand, but fake friends are lurking too. And apparently, they're getting more and more obvious these days.

"In '10/10', I talk about people I used to be friends with, who now pretty much only ever hit me up if I put a song out, or I'm putting the tour on sale. They don't think about the fact that they text me on the day the song has come out. I'm like, 'I'm not a fucking idiot.'

"It's easy to see when people are only there for the wrong reasons, and it's hard to see if people are there for the right reasons. It's not the same as it was at all. (Laughs) No pun intended on my own song."

In moments like these, his face lights up and you actually believe that, yes, it's not the same anymore - but better, in fact. When talking about the future, however, he gets serious again.

"I hope I can keep writing music and that I don't feel so much pressure. I'd like to think that this album will hopefully make me feel a little bit more like I can do this and... I can't imagine that to be happening to be honest," he laughs again, but this time, it's a nervous laugh.

"My biggest hope will be for it to be easier to write music and play more, go on tour more, come back to Dublin and maybe play the 3Arena one day. I'd like to keep playing bigger venues, keep writing songs, nothing crazy."

He's definitely heading in the right direction. And judging by the success of Pony, he shouldn't be too concerned about people's opinions - even if it's easier said than done.

You can read the interview with Rex Orange County in the Hot Press Annual – in which we distill the highlights and low-points of the year, across 132 vital, beautifully designed pages. Starring heroes of the year Fontaines D.C. on the front we cover Music, Culture, Sport, Film, Politics, the Environment and much, much more. Buy this superb publication direct from Hot Press here.

My 2022: Danny O'Reilly – Hero of 2022? "Mary Black, who stole the show during our Electric Picnic set"
Hot Press Annual 2023 out now: Featuring the year's best music, films, heroes and more
Glen Hansard: "It’s a powerful thing, to lose your mother... That’s the place you came from, literally. That’s your first home, and it’s gone"
My 2021 - The Darkness' Justin Hawkins: "I hope our Irish shows go ahead this year, but most of all, I want to spend quality time with my parents"
My 2021: Róisín O - "I'm hoping my album release and Irish tour goes ahead without setbacks in 2022"
Silk Sonic's An Evening With Silk Sonic passes 1 billion streams on Spotify