Sitting down to chat prior to the release of their latest record, Columbia Mills share the stories behind some of the most personal tracks on CCTV, what motivates their sound, an accidental rumor and more.

Stepping out of the cold rain and through the yellow door of the aptly named Yellow Door Studios, it’s like entering Columbia Mills’ home. The warehouse-turned-studio is a maze of hallways, feeling massive and almost overwhelming, but the five-piece navigate it with ease as they provide a tour of the space they spend much of their time in. The industrial space warms up as Fiachra Treacy, Stephen Ward, Uisneagh Treacy, Paul Kenny and Ken McCabe settle into their rehearsal space.

Sitting on a combination of scattered seats, a drum stool and an amp, the space feels alive with the spirit of their music, a little insight into their mindset. Much like the studio, the band have crafted a sound that’s massive and all-encompassing, but distinctly intimate at the same time, thanks to immaculately layered instrumentals and personal lyrics.

“I always use personal experience to write a song. I’ve tried to write songs in a different way and they've always been crappy. I found that if you write something quite personal, other people will relate to it because we're all we all sort of have the same sort of shit going on in our lives in different ways,” vocalist Fiachra says. “We're all like brothers and if something happens in each other's lives, it'll definitely come into the lyrics.”

“When we're learning vocals and all, I always just get such an extra added level of appreciation for how good his lyrics are,” Paul says. “You generally catch the main themes when you're writing a song, but we're all concentrating on trying to put our parts together. And then when it gets back to rehearsing the new material it adds a whole different level of emotion to the songs.”

New album CCTV is introspective, thematically centred on life’s regrets from the perspective of someone who’s grown and is looking back through a new lens. ‘Understand’ stands out as a clear example, discussing the experience of watching someone on a path to self destruction.

“I’d watched a friend absolutely ruin his life. It was something that was going on for a while and we could all see that he was doing it, but we didn’t really intervene because we were all kind of doing similar things. It’s hard to talk about too much, but we could have kept him, we could have helped him a bit more,” Fiachra reflects.

'You're Not The Answer' was another deeply personal track, forcing reflection about fatality.

"It was one of the most personal songs lyrically that I've ever had to delve into. My mother had gone through an awful time, she lost three of her best friends to cancer all within a year. It's strange, because you're kind of looking at you look at things when you're growing up, like we go to all our your friends' 18th and 21st, and then we'll start getting married. Everyone's getting married this year, but you never think about the time when people start dying, you know, and it's, it's very morbid, but that was kind of what was going on in my mother's life," he adds. "She started saying things to me be like 'I'll be next. You'll be fine without me,' and I was like, 'oh God, this is awful,' but I wrote it down."

Though the lyrics are heavy, it still sounds upbeat, which makes it easier to tackle the topic. The band want to keep their electronic influences on their sleeve and not let the darkness weigh them down.

“When we went in to record the album, the lyrics weren’t fully formed,” Uisneagh explains. “The songs sound a certain way, but the meaning behind the lyrics have a different type of a feeling as well. It was an interesting approach because we didn't do that on the previous album.”

“It’s a balance point, really,” Paul says. “We listen to a lot of electronic bass and upbeat music. If it was all just matching dark themes to dark music, there’s not much of a balance.” 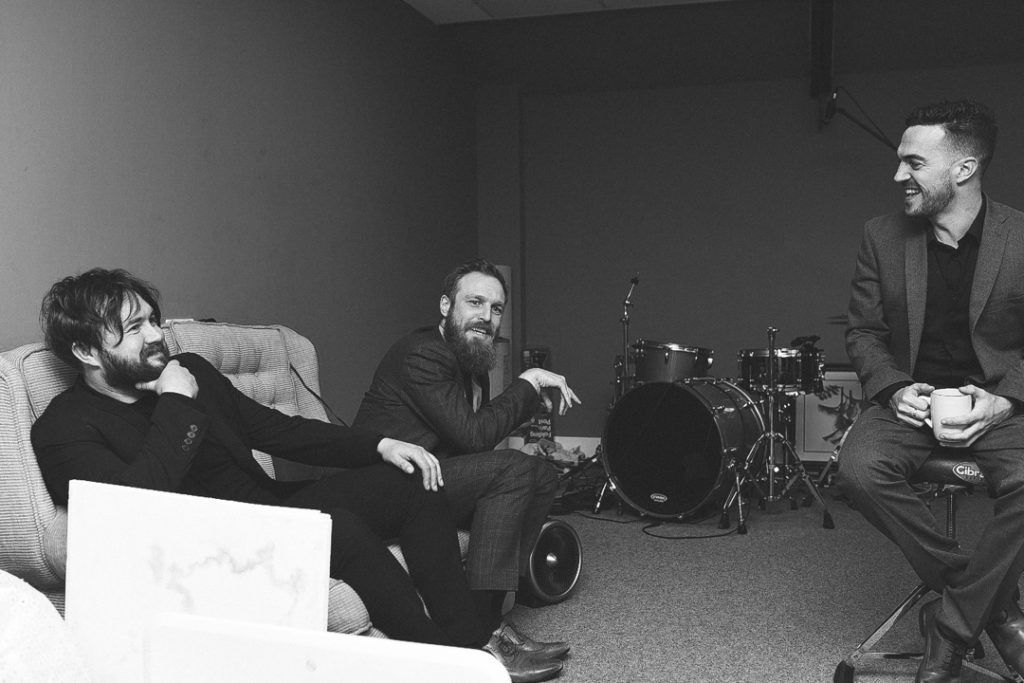 Having that big sound is important for the band. No matter what venue they play, they want to be sure that they can fill a room.

“I’ve been in other bands where you get on to a big stage and suddenly go, ‘Oh shit, next time around we need another person or something extra’, because it’s only revealed to you on a big stage that the sound isn’t as wide or as layered as it needs to be. But that’s never been a problem for us,” Paul explains. “We go down to a smaller venue like Mike the Pies and that’s a really great spot for us, but if we’re on stage at a festival it’s also genuinely a comfortable thing.”

“We rehearse a lot,” Uisneagh says. “We’re very much of the mindset that because when you’re playing in various venues from this to that extreme, you can never be sure what type of sound you’re going to have on stage.”

But it’s still crucial to make sure that the core of the song isn’t lost in production.

“You could take any of the songs off the album, sit down with an acoustic guitar and play it, it’s a trick that we do when we write,” he continues.

Within all the layers, it’s obvious that there’s a plethora of talent and work behind their sound. But through a weird stroke of miscommunication, press and fans thought they were just a duo.

“That was a strange thing,” Fiachra laughs. “As we were getting the band together, everyone was very busy, so it was just me and Steve in the first photoshoot. We were like, ‘What’s the harm? We’ll use this as our promo,’ because we couldn’t get the band all together at one time to work with the photographer we wanted. And it turned out that everyone just started writing that we were a duo and we were just like, ‘Oh for fuck’s sake’.”

Their first two EPs displayed a more bare bones sound, garnering comparisons to the likes of the Jesus and Mary Chain, but previous release A Safe Distance to Watch and the newly-released CCTV are a culmination of that huge, electronic sound they’ve been striving for.

“We’ve always had this sound that we have now in mind, but we wanted to show how we developed it by releasing the first two EPs,” Fiachra says. “CCTV is finally the goal we’ve always focused on.”

But there’s always still room for more progression. There aren’t any solid plans for a full techno record in the future, but the foundation for something that leans even more heavily into that influence has been laid.

“We're always writing, we're always looking to what way we can go. We've gone very electronic for the next project and it's getting a lot more dancey, but you'll be able to hear from CCTV, where it's going. There's little hints and little clues dropped on that album to see which way we're going to go with the next one,” Fiachra says.

The band will headline Dublin's Button Factory on September 18th.

Revisit our review of CCTV here. 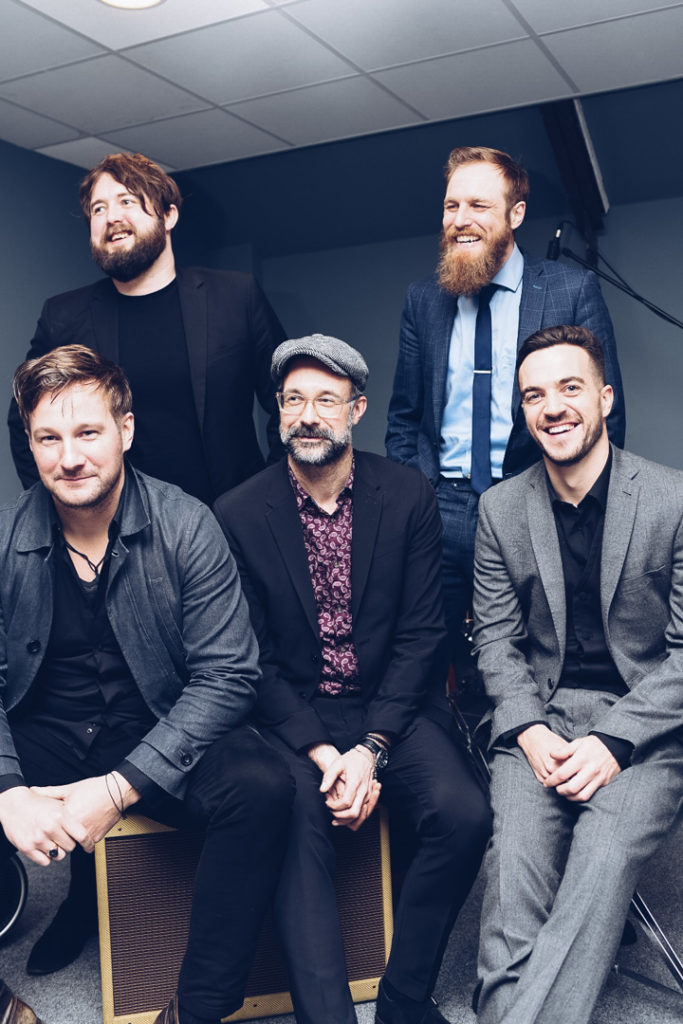