A trial has been set for later this summer as Styles’ stalker admits to breaking the terms of their restraining order.

After a stalking incident in 2019, One Direction star Harry Styles filed a restraining order on Spanish native Pablo-Diana Orero Tarazaga. 29-year-old Orero Tarazaga, who identifies as bigender, broke the rules of their order this year on February 16 when they entered the star’s North London home – a break-in the defendant now admits to.

Banned from going within 250m of the English singer, Orero Tarazaga clearly violated the terms of their restraining order upon entering the star’s home while Styles was inside the property earlier this year. They also allegedly pushed a woman working on the property before breaking a potted plant during an assault on one of Styles’ security guards.

"I declare myself guilty for breaching the restraining order and entering the house but not guilty to the assault," declared Orero Tarazaga, who is now being held in hospital following their unstable and dangerous behaviour.

An official trial date has been set at the same court for August 1, so fingers crossed Styles’ can find a resolution in the chaos faced daily by celebrities like himself. After all, the already-global star’s status has skyrocketed following a recently released number one album, Harry’s House. 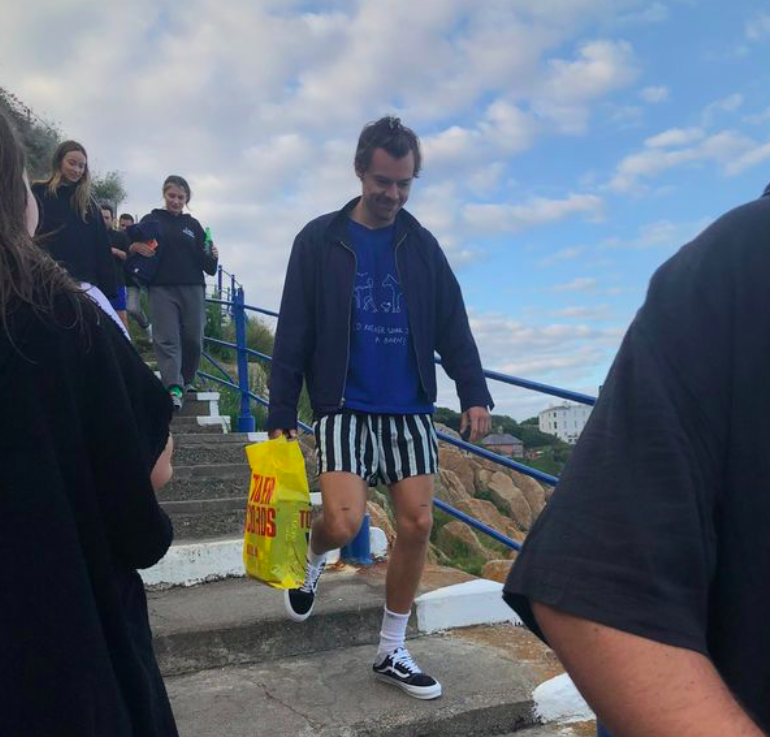 Harry Styles enjoying the scenery at the Vico Baths in Dalkey, alongside Olivia Wilde and Eve Hewson.

Despite the incident, Styles pushed on, playing Dublin’s Aviva Stadium this Wednesday for his rescheduled Love On Tour. The singer sent Irish fans into a frenzy when he was spotted on Monday around town, making an appearance in St Stephen's Green and South William Street. He even took a dip in the Emerald Isle waters at Vico Baths in Killiney on Tuesday, before playing to a sold-out audience of 60,000.

Paul Mescal and Phoebe Bridgers set to buy a home together in West Cork
Gilla Band to drop new single and video for 'Backwash' tomorrow
Kendrick Lamar tells young fan 'You are special' in heartfelt letter
The Year Of Living Dangerously: "Is there any sensible way back from the brink?"
On this day in 1981: The first Slane gig took place – featuring Thin Lizzy, U2 and more
A&R Department: M(h)aol, Hannah Horan, Jack Dora, Local Boy and more