A limited number of the posters are available to purchase now.

As the controversy surrounding the Direct Provision system continues to mount, Girl Band have launched a limited run of signed, screen-printed posters on their webstore – with all profits from the sales going to MASI (The Movement of Asylum Seekers in Ireland).

The posters were designed by Damien Tran for Girl Band's 2019 European and UK Tour – which included two Vicar Street gigs.

Following their much-welcomed return with The Talkies and a stellar run of headline shows last year, Girl Band were scheduled to join fellow Rough Trade labelmates Sleaford Mods for an American tour in April, followed by a headline slot at All Together Now in Waterford this August Bank Holiday – both of which were unfortunately cancelled due to Covid-19 restrictions.

MASI is an independent platform for asylum seekers, that seeks justice, freedom and dignity for all asylum seekers. The collective was originally formed after the protests in Direct Provision centres in 2014. Read more about MASI's work, and find out how you can support them, here. 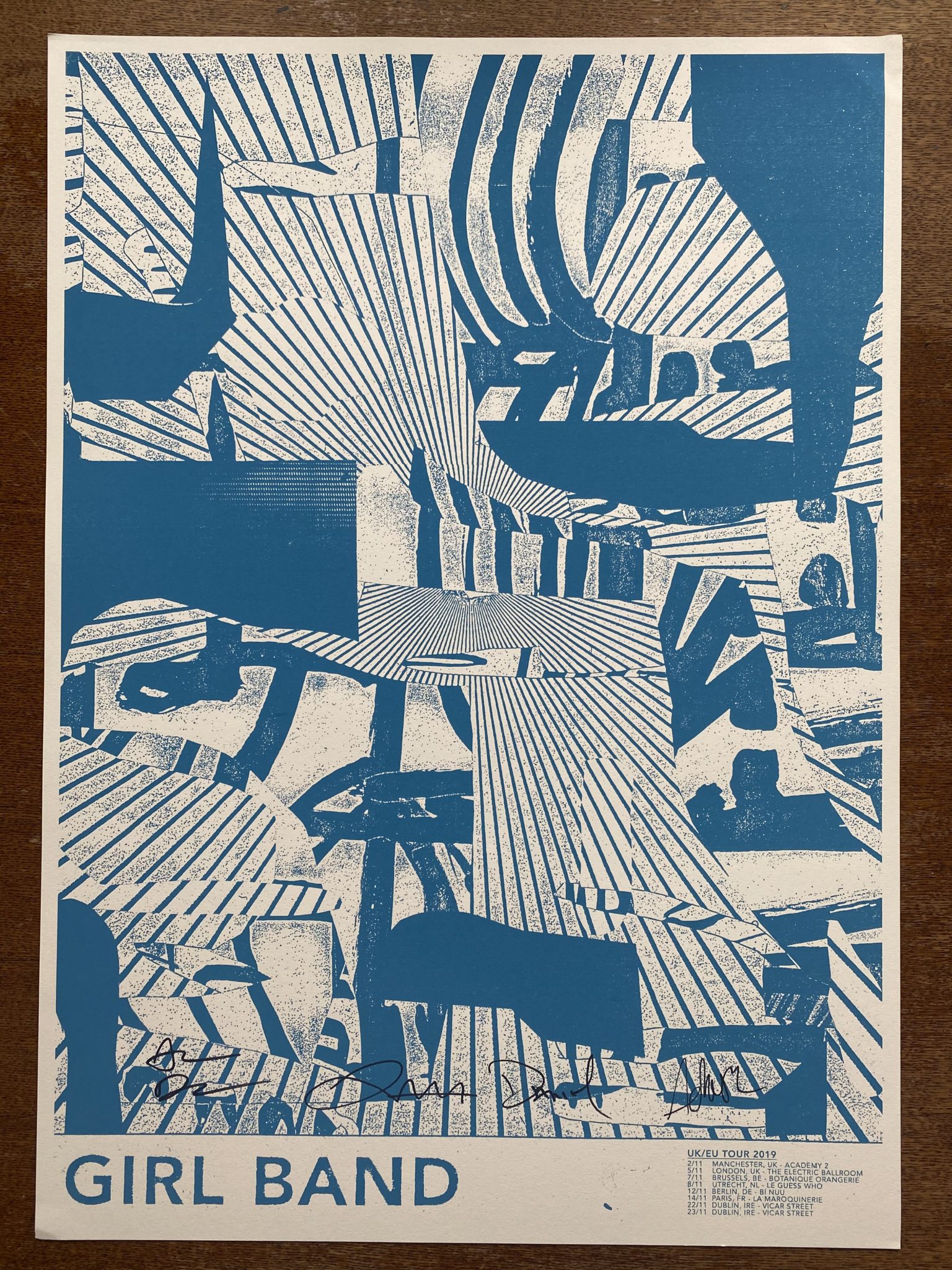 Happy Birthday John Cooper Clarke: Revisiting a Classic Interview
Róisín Murphy will play the 3Olympia Theatre Dublin this April
A new album from Björk could be coming this Summer

Live Report: Irish artists deliver powerful, genre-bending sets at ESNS 2022
My 2021 - The Darkness' Justin Hawkins: "I hope our Irish shows go ahead this year, but most of all, I want to spend quality time with my parents"
Bohemians FC reveal new jersey inspired by Bob Marley at Dalymount
"This is a momentous day for the entertainment sector": Musicians group welcomes lifting of restrictions
PREMIERE: Alt-pop act Moncrieff explores love's simple moments in video for 'Warm'
Irish Association of Independent Music (AIM) appoints Gill Dooley to role of CEO