Paul Nolan reports on the highlights of the exhibition drawn from the legendary Stones bassist's extensive archives.

Stones fans and aficionados of rock history will find loads to delight them, with highlights including numerous stage suits and costumes from Wyman's 31-year stint as the Stones' bassist (Hot Press was particularly taken by a blue woollen jumper with a Satanic goat); a call sheet from The Rolling Stones Rock 'N' Roll Circus where the A-listers included Eric Clapton, Marianne Faithfull and The Who; a remarkable poem penned by Jim Morrison in memory of Brian Jones; bass guitars used by Wyman during live performances with the Stones; and numerous other exclusive pictures, film clips and items of memorabilia.

"This all represents the amazing life and career of Bill Wyman," said Martin Nolan of Julien's Auctions in Beverly Hills, giving Hot Press an exclusive talk through the exhibition. "It takes in his time as a musician before the Rolling Stones, his 30-year stint in the group, and his later career in the Bill Wyman Band. Having seen his documentary The Quiet One, we approached him about doing an exhibition and he was into the idea.

"We went  to look through his archives, and it was unbelievably extensive – with various storage rooms. Everything here in the exhibition is in brilliant condition, so well archived. Some of them actually have a waist of 21 inches – so it was tricky for our staff to find mannequins to work with!"

There are loads of brilliant items in this treasure trove to attract the interest of fans from around the country and beyond. After completing the Newbridge Silverware run on April 20, the items will transfer to Julien's Auctions in Beverly Hills, where they will go under the hammer from May 29-31. They are expected to gather a total price of around €3 million.

For rock fans, this is another unmissable opportunity to experience a genuine piece of history at Newbridge Silverware's Museum Of Style Icons. 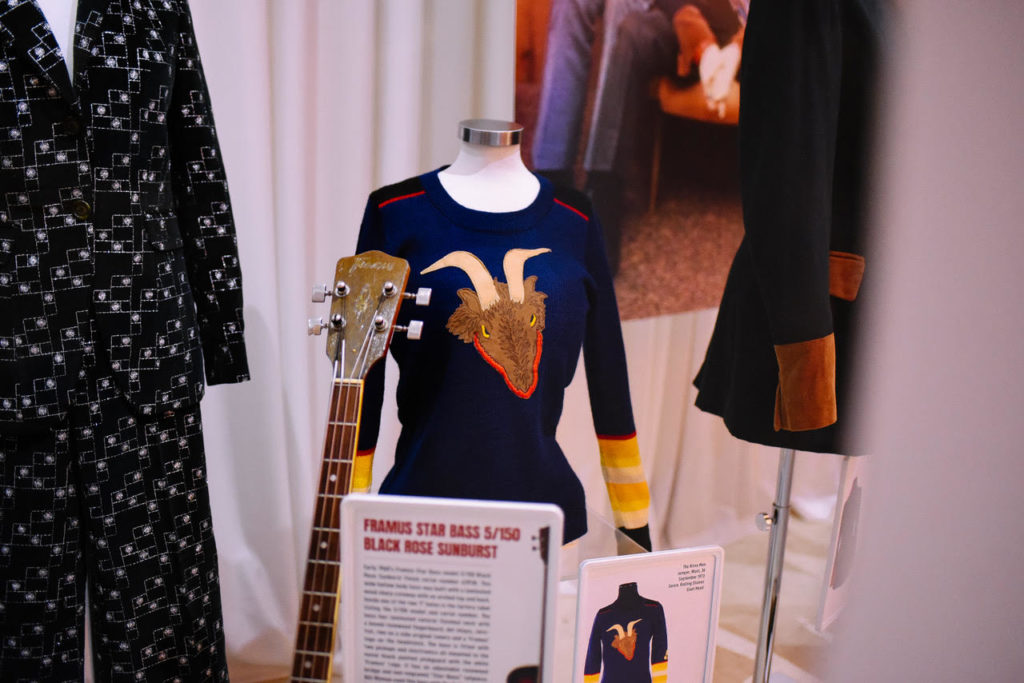 Waiting On A Friend: The Rolling Stones and Tattoo You
Bill Wyman's Rolling Stones Archive Is Coming To Ireland
Other Voices to livestream Dingle performances this weekend

Live Report: Thomas Headon lights up the Academy
New Irish Songs To Hear This Week
An Adele Netflix special might be in the works
100 Voices #AllAgainstRacism: Cen Manu – "Racism is still very much at large worldwide – and Ireland is not immune"
Adele dominates the Official Irish Charts with 30
Live Report: Glass Animals deliver masterful performance at 3Olympia Theatre