The 30-track album will be released on November 19th.

The 'All Too Well' singer shared her excitement with her fans on social media this morning, stating, "I know some of you thought that would be like trying to solve a crossword and realising there’s no right answer BUT...you played it good & right. Congrats pals, you guessed the correct titles and feature artists on Red (my version)." 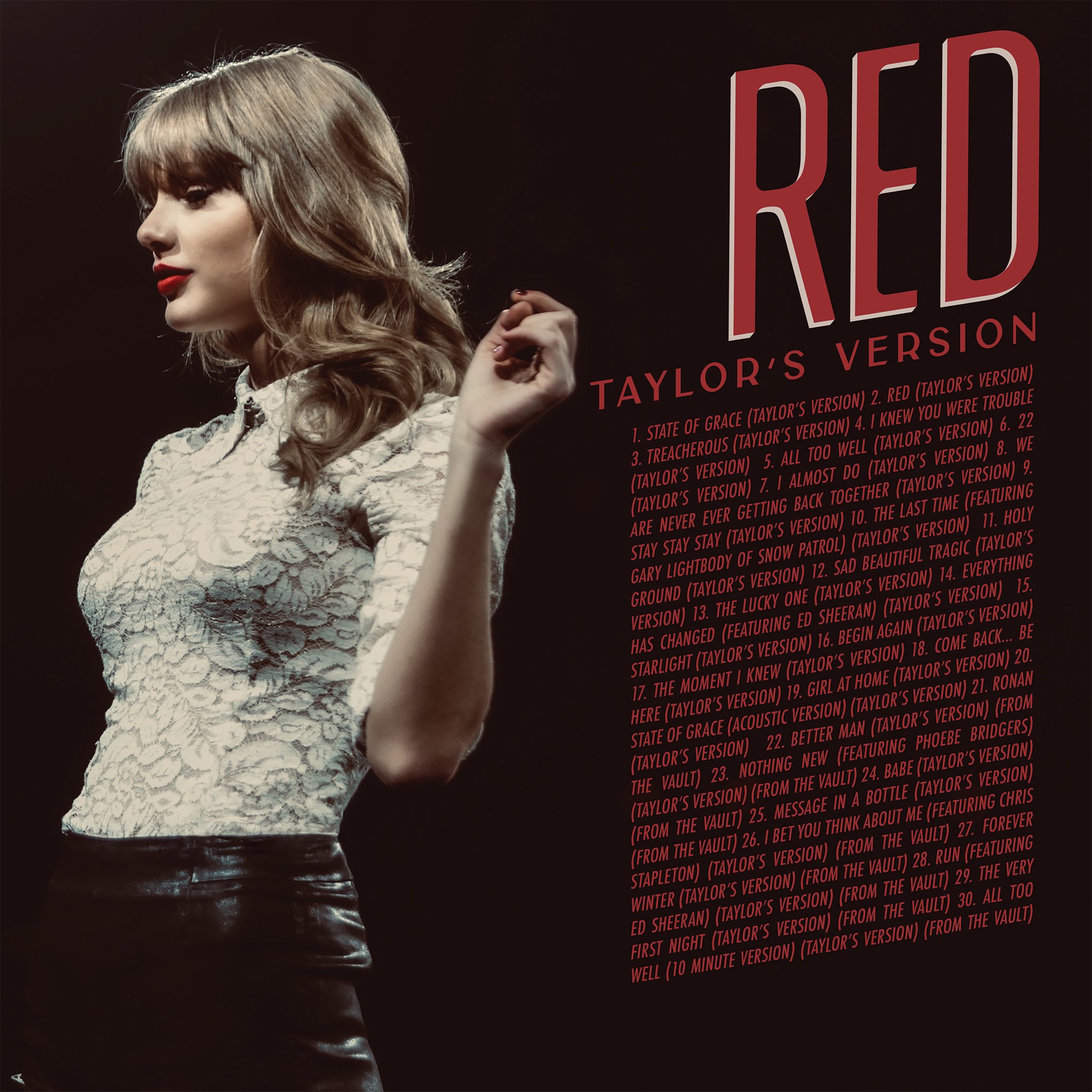 Accompanying the release of the track title puzzle was a pre-save link for the album where fans could unlock "the vault" and access new bonus material for correctly guessing the titles, and a pre-order link for the album's CD.

Taylor Swift shares re-recorded version of 1989's 'This Love'
U2's Bono to be awarded Fulbright Prize for International Understanding at ceremony later this month
Jake Gyllenhaal shrugs off Taylor Swift's 'All Too Well': "It has nothing to do with me"