Here's some of the top day festivals and events taking place across the country over the weeks and months ahead. All tickets are available from Ticketmaster.

Where: Royal Hospital Kilmainham, Dublin
When: May 28.
What: One of the most celebrated Irish bands of the last 30 years, The Frames hit the RHK for an eagerly anticipated hometown show. Glen Hansard and co. have an embarrassment of back catalogue riches to call upon at this stage, and this is sure to be another stirring and memorable performance.

Where: Botanic Gardens, Belfast
When: June 7
What: As part of their Irish tour – which also includes shows for Live at The Docklands, Limerick (June 5) and Live at the Marquee, Cork (6) – the Grammy-winning American band are coming to Belfast this summer. The highly anticipated gig is part of a special series of outdoor shows taking place within the city’s stunning Botanic Gardens.
Also playing Botanic Gardens: Simply Red (June 2), The Classical (4), The Specials (5), James Blunt (11) & Tom Jones (12).

Where: St. Anne’s Park, Dublin
When: June 12
What: From ’80s new romantic sensations to venerated elder statesmen of synth-pop, Simon LeBon and the boys have had a truly remarkable career, filled with international success, legendary concerts and era-defining hits. Their latest album, last year’s Future Past, found them in vintage form, with production from dance maestros Erol Alkan and Giorgio Moroder, and guitar courtesy of Blur’s Graham Coxon. Expect a smattering of tunes from that record, as well as iconic hits like ‘Notorious’, ‘Girls On Film’, ‘A View To A Kill’ and ‘Ordinary World’.
Also playing St. Anne’s Park: Paul Heaton & Jacqui Abbott with guests Deacon Blue (June 4), Noel Gallagher’s High Flying Birds (5), Dermot Kennedy (10 & 11).

Where: Malahide Castle, Dublin
When: June 14
What: Almost 20 years on from their landmark debut, Hot Fuss, Las Vegas rockers The Killers remain an electrifying live act. Last summer’s Pressure Machine was their seventh consecutive UK number one, and Brandon Flowers and co. are sure to be in fine fettle for their Dublin visit. In particular, expect the likes of ‘Mr Brightside’, ‘All These Things That I’ve Done’ and ‘Human’ to prompt epic, fists-in-the-air singalongs.
Also playing at Malahide Castle: Kodaline (June 17), Picture This (18), Gerry Cinnamon (19), Dermot Kennedy (24), Lewis Capaldi (25).

Where: Fairview Park, Dublin
When: June 20
What: Californian indie star Phoebe Bridgers enjoyed a major breakthrough with 2020’s Punisher, a huge international hit boasting a raft of memorable tunes, including ‘I Know The End’, ‘Savior Complex’ and ‘Kyoto’. With influences ranging from Avril Lavigne to Nine Inch Nails, Bridgers is one of the most brilliantly gifted songwriters of her generation. And given her relationship with Normal People star and ex-Kildare footballer Paul Mescal, between-song banter about the Lilies’ progress in the Leinster championship remains a distinct possibility.
Also playing at Fairview Park: Primal Scream (June 22), Greta Van Fleet (23), Inhaler (25), St. Vincent (26), Foals (27), Mabel (28), Olivia Rodrigo (30), Stereophonics (July 1). 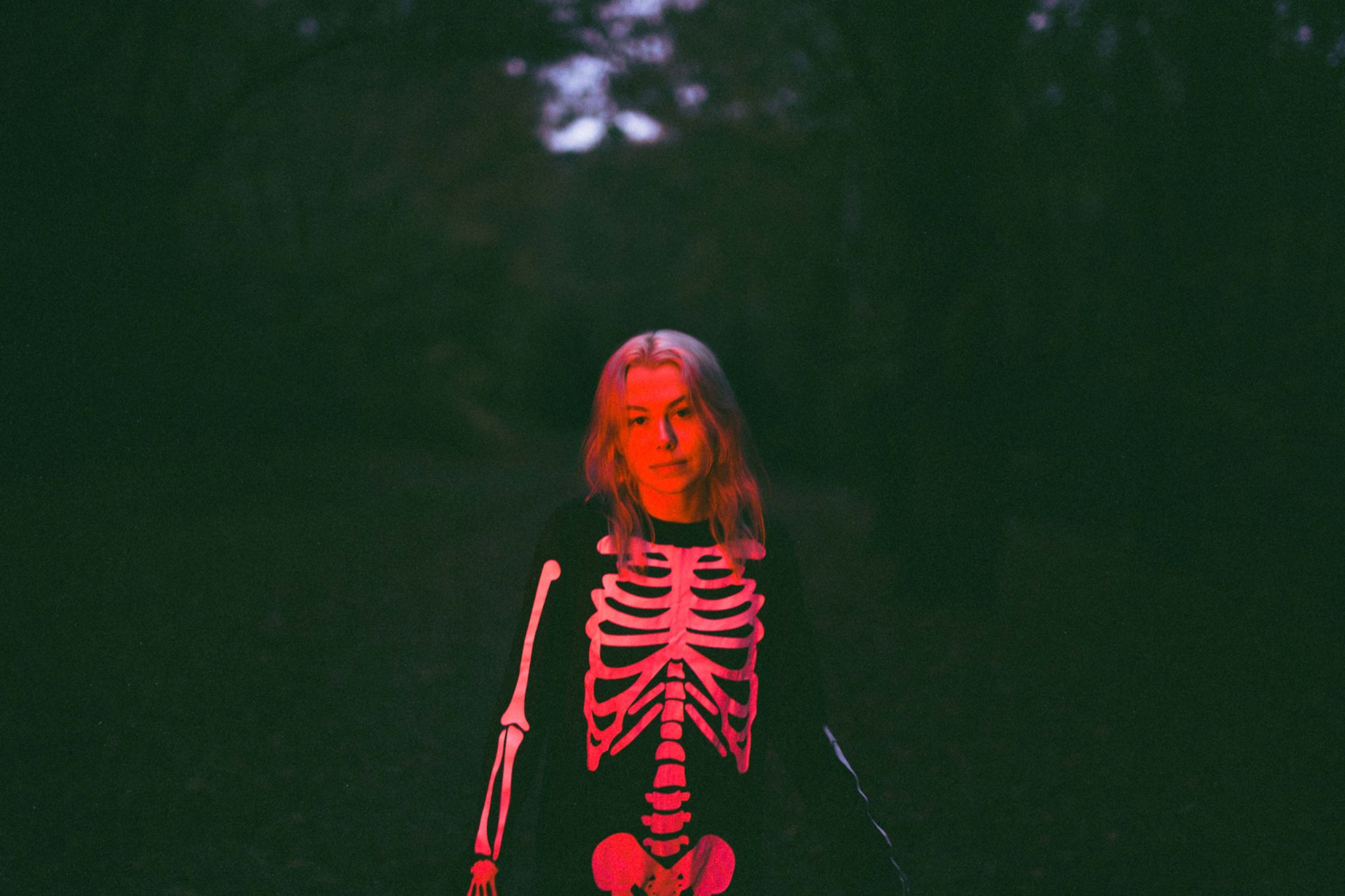 Where: Fairview Park, Dublin
When: June 22
What: Bobby Gillespie’s crew hit the capital at the height of summer to provide some scintillating rhythmic action. Last year marked the 30th anniversary of the Scream’s landmark dance-punk classic Loaded, and you can expect a generous quotient of anthemic tunes from that album, including ‘Movin’ On Up’, ‘Come Together’ and, of course, the immortal ‘Loaded’.
Also playing at Fairview Park: Phoebe Bridgers (June 20), Greta Van Fleet (23), Inhaler (25), St. Vincent (26), Foals (27), Mabel (28), Olivia Rodrigo (30), Stereophonics (July 1).

Where: Marlay Park, Dublin
When: June 28
What: The summer scarcely boasts a more hotly anticipated gig than this visit to Irish shores by the world’s most dangerous rock band. With their previous excursion, Not In This Lifetime, ultimately becoming the third highest grossing tour of all time, GNR’s latest jaunt again finds Axl, Slash, Duff and co. delivering rip-roaring versions of the iconic hits from Appetite For Destruction and Use Your Illusion 1 & 2. For good measure, their February EP Hard Skool was pretty tasty too.
Also playing at Marlay Park: Green Day, Fall Out Boy and Weezer (June 27), Red Hot Chili Peppers (29).

Where: King John’s Castle, Limerick
When: June 28
What: Having been inactive for a few years, the Kiwi/Aussie pop-rock kingpins re-emerged in 2019. A year on from on the well-received Dreamers Are Waiting – their first album of new material in 11 years – Crowded House hit
Limerick for this eagerly anticipated date. No doubt, there’ll be serious singalong action to immortal anthems like ‘Weather With You’ and ‘Don’t Dream It’s Over’.
Also playing at King John’s Castle: Van Morrison (June 29).

Where: Live at the Marquee, Cork
When: June 22
What: One of the greatest pop acts ever to emerge from the UK, Neil Tennant and Chris Lowe can boast almost four decades of iconic hits, pioneering music, memorable videos and wildly acclaimed tours. Celebrated for their elaborate and imaginative live shows, the duo’s catalogue is filled to bursting with classics, including ‘West End Girls’, ‘What Have I Done To Deserve This?’, ‘Domino Dancing’ and ‘Go West’. Earlier this year, meanwhile, PSB joined up with fellow synth-pop heroes Soft Cell for the collaboration ‘Purple Zone’.
Also playing Live at the Marquee: The Coronas (May 27), Tom Grennan (31), Simply Red (June 1), The National (6), deadmau5 (17), Orbital (18), Sinead O’Connor (19), Jenny Greene & The RTE Concert Orchestra (24), Christy Moore (25), Crowded House (27), Olivia Rodrigo (29).

Where: Malahide Castle, Dublin
When: June 19
What: Scottish indie-folk supremo Cinnamon sealed his place in the big time with his sophomore album, The Bonny, an Irish and UK number one. Two years on from that landmark achievement, the Glasgow singer will no doubt be chomping at the bit and determined to deliver a memorable show for his devoted Irish fans.
Also playing at Malahide Castle: The Killers (June 14), Kodaline (June 17), Picture This (18), Dermot Kennedy (24), Lewis Capaldi (25). 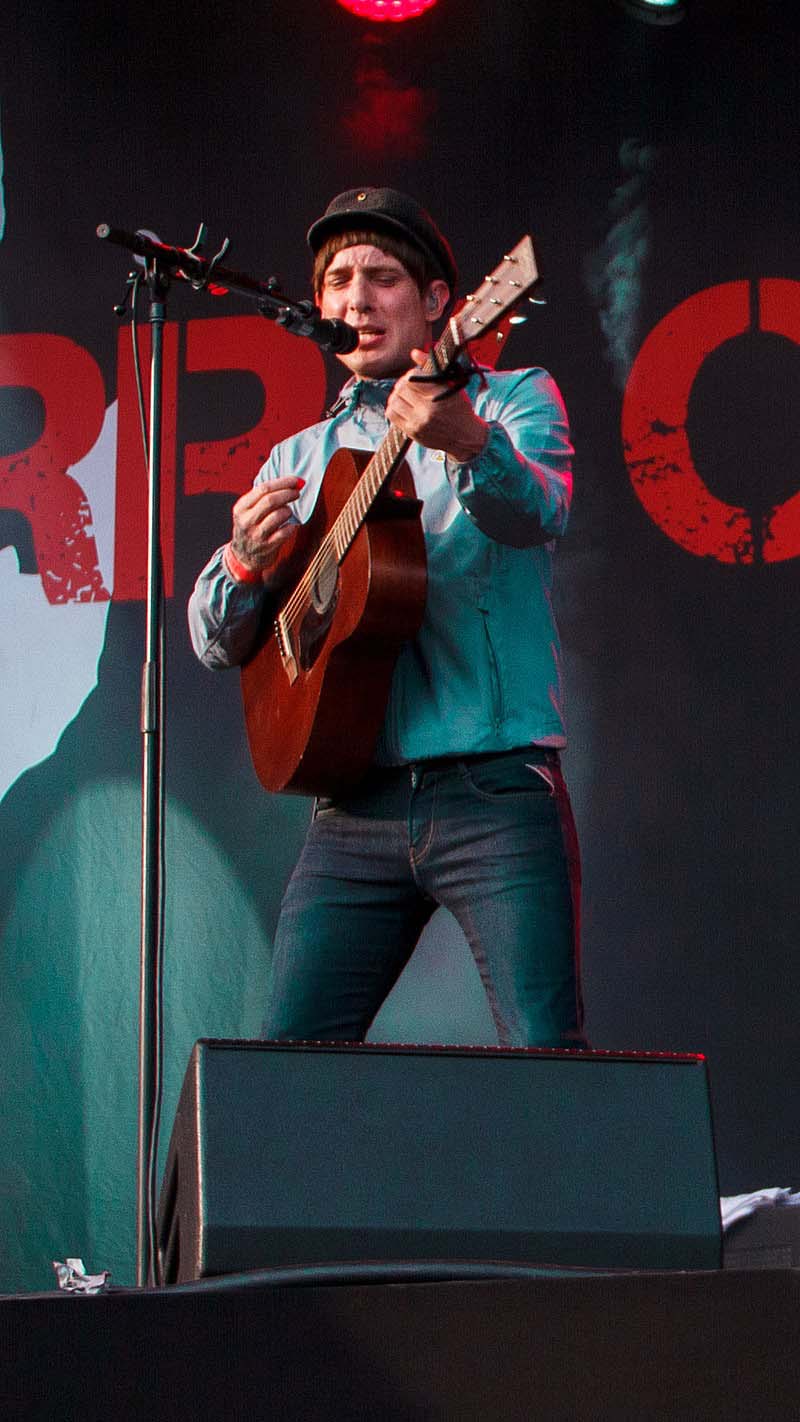 Where: Musgrave Park, Cork
When: June 23
What: The legendary dance duo are renowned for their electrifying live shows, which are always packed with pulsating grooves and spectacular visuals. Messrs Simons and Rowlands have a glittering catalogue to draw from, including six UK number one albums packed with classics like ‘Leave Home’, ‘Setting Sun’, ‘Block Rockin’ Beats’, ‘Hey Boy Hey Girl’ and more. Better bring your dancing shoes for this one.
Also playing at Musgrave Park: Gerry Cinnamon (June 15), Picture This (17), David Gray (18), The Script (19), Lewis Capaldi (24), Dermot Kennedy (25).

Where: Trinity Summer Series, Trinity College Dublin
When: June 28
What: Hot Press hailed the LA siblings latest album, Women In Music Pt. III, as “their best work yet”, and said that it “offers a clear evolution in sound, moving away from the pop influences on their last record to something edgier and ultimately more earnest.” The album spawned a string of singles, including ‘Summer Girl’, ‘Now I’m In It’, ‘Hallelujah’, ‘The Steps’, ‘I Know Alone’, ’Don’t Wanna’, ’Gasoline’ and ‘Man From The Magazine’. Youngest sister, Alana Haim, most recently starred in Paul Thomas Anderson’s award-winning movie Licorice Pizza.
Also playing at the Trinity Summer Series: Michael Kiwanuka (June 27), Crowded House (29), Keane (30), The Coronas (July 1), The Specials (2), Beck (3).

Where: Trinity Summer Series, Trinity College, Dublin.
When: July 3
What: The seven-time Grammy Award-winning rock/soul/R&B/hip-hop polymath brings his banjo back to the disco this summer for his first live show in Ireland since 2018. His 14th studio album Hyperspace, released in 2019, was described by Hot Press’s Pat Carty as “mellow gold”. “The production and the ever-present keyboards and treatments might sound cold on paper, but this is a warm record, which seems to combine the best of analogue and digital,” he continued. “A pretty good trick, but nothing less than you’d expect from the man.”
Also playing at the Trinity Summer Series: Michael Kiwanuka (June 27), Haim (June 28), Crowded House (29), Keane (30), The Coronas (July 1), The Specials (2). 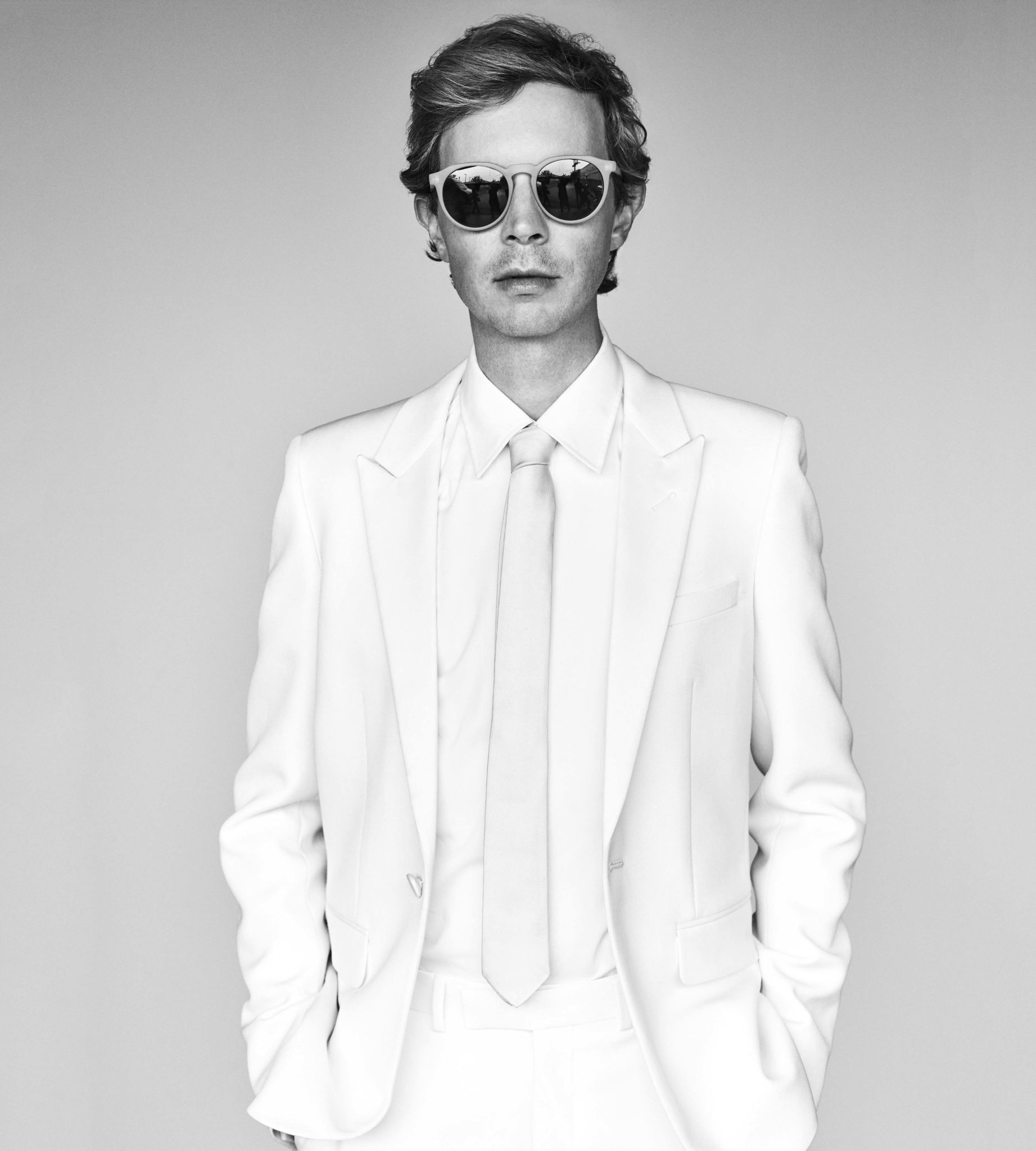 Where & When: Aviva Stadium, Dublin (July 8 & 9), Pairc Ui Chaoimh, Cork (August 12 & 13).
What: Following their hugely successful 2019 reunion tour, Westlife are hitting the road once again for their aptly named Stadiums In The Summer tour to promote their latest album Wild Dreams. Released last November, Wild Dreams proved that the Sligo boys’ comeback was anything but a flash in the pan. In fact, the album was only denied the top spot on the Irish and UK album charts by the unstoppable force that was the mighty 30 by Adele.

Where: The Royal Hospital Kilmainham, Dublin.
When: August 28
What: The English trip hop collective formed in 1988 in Bristol, and currently consists of Del Naja, Thaws and Marshall, with Shara Nelson and Horace Andy as guest vocalists. To date, they have released five studio albums and sold over 13 million copies worldwide. Debut album Blue Lines, released in 1991, and its single ‘Unfinished Sympathy’ were almost solely responsible for bringing the emerging genre of trip-hop to the masses. 1998’s Mezzanine (containing the top 10 single ‘Teardrop’) and 2003’s 100th Window both reached number one in the UK.
Also playing at the Royal Hospital Kilmainham: Liam Gallagher (August 27).

Read our Weekend Festival guide here, and see the full Summer Festival Special in the new issue of Hot Press: