Tickets from €53.65 including booking fee on sale now.

The acclaimed Dublin singer-songwriter's second album Sonder reached the No.1 spot in Ireland and the UK, marking his second LP in a row to do so.

His 2019 debut Without Fear became the highest selling debut of the millennium in Ireland on its release and has since achieved platinum status in the UK.

Throughout our brand new cover interview with the star, the Dublin singer-songwriter discusses on the inspiration behind the album, the hard graft behind the fame, his newfound confidence, Glen Hansard, Bono, and Inhaler, as well as addressing some of the major sacrifices he’s had to make for his career – including football, having previously played for Crumlin United’s senior team.

A dynamic and powerful live performer, Dermot Kennedy has become one of the biggest and fastest selling live artists ever following his historic run of Irish shows in 2022 - with eight huge concerts across Ireland. He also headlined Electric Picnic to over 70,000 people in September.

Sonder acts as a collection of his most heartfelt, uplifting and unifying songs to date. Singles ‘Kiss Me’, ‘Something To Someone’ and ‘Better Days’ have already cemented themselves as highlights in the his live shows with crowds across the globe, alongside early-release album tracks ‘Innocence and Sadness’ and ‘Dreamer’.

In the run up to the release of Sonder, Dermot has been travelling the world with the ‘Sonder Sessions’ busking tour, hitting the likes of South America, the USA, Asia and Europe and Dublin’s Grafton Street - delighting tens of thousands of fans with stripped back acoustic performances of new tracks and established favourites. 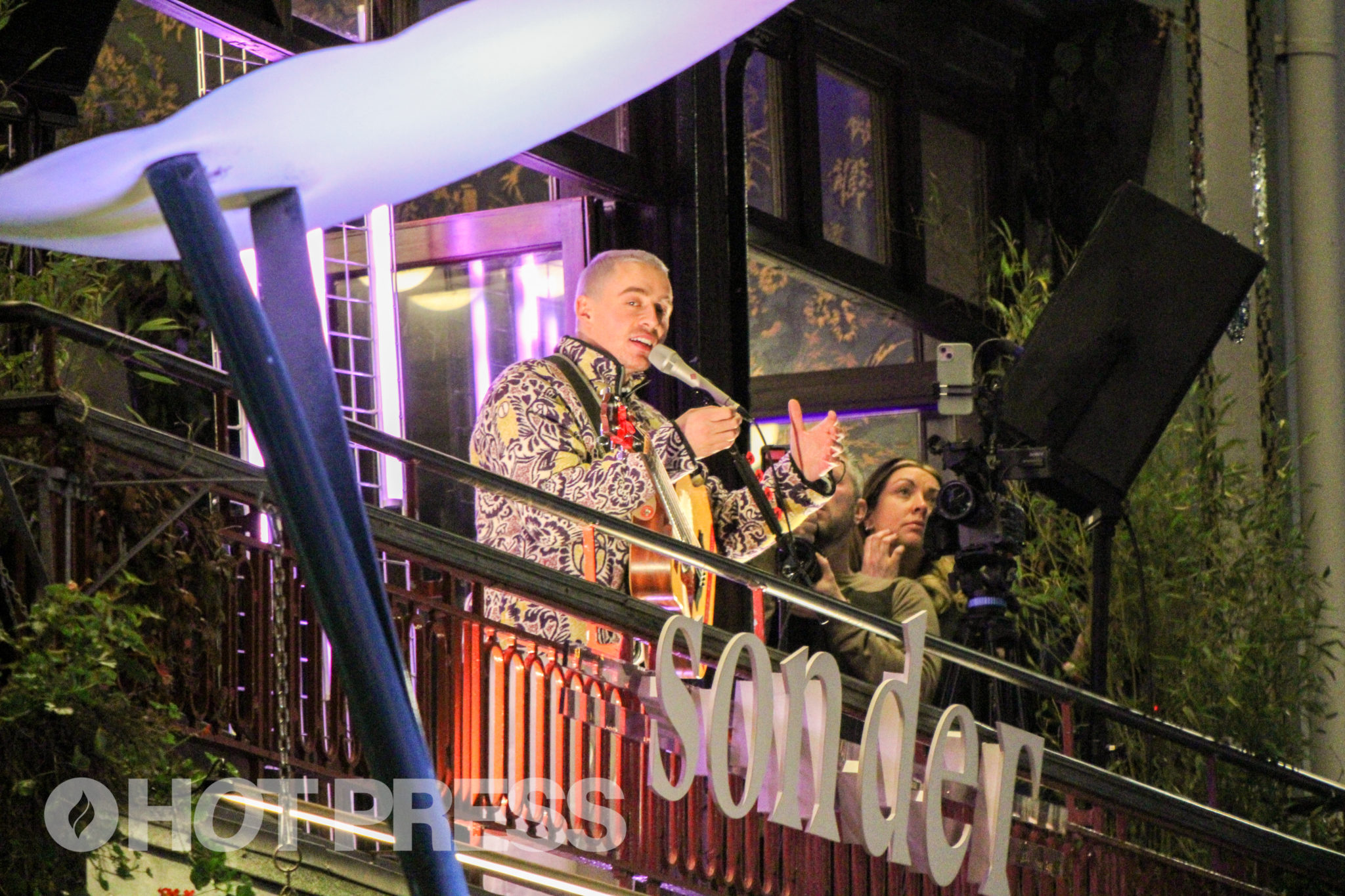 Next March, Dermot will embark on his biggest ever UK tour to date, starting in Glasgow on March 31st 2023 and travelling across the UK before finishing at The O2 in London on April 14th, performing to over 120,000 fans.

The Rathcoole native has now amassed 5 billion streams across platforms, making him a platinum-selling artist in over 12 countries. Taylor Swift, Dua Lipa and Shawn Mendes all call themselves fans.

Tickets from €53.65 including booking fee on sale now.