Tickets from €76.50 to see Shania Twain in Dublin go on sale Friday, November 4th at 10am from Ticketmaster.

Gearing up for another monumental chapter, the iconic Shania Twain has announced a Dublin show at the 3Arena on September 19th, 2023.

The five-time Grammy-winning legend and the best-selling female artist in country music history will release her new album, Queen of Me, on February 3rd 2023. It notably stands out as her sixth original full-length offering and first record since 2017.

Rumours of a new tour began circulating on the internet in recent months. Today it's been confirmed that, to celebrate this next era in style, Shania will embark on the Queen of Me Tour across the UK and Ireland. The tour marks the first time fans will get to see the musician in all of her glory in nearly five years.

The Queen of Me Tour kicks off on Saturday September 16th at London’s O2 Arena, and stops in Dublin, Glasgow and Manchester before wrapping up in Birmingham on Tuesday September 26th.

Fans that pre-order the new album, Queen of Me, from the official store before 4pm on Tuesday 1st November will receive a presale code for 2023 tour tickets. 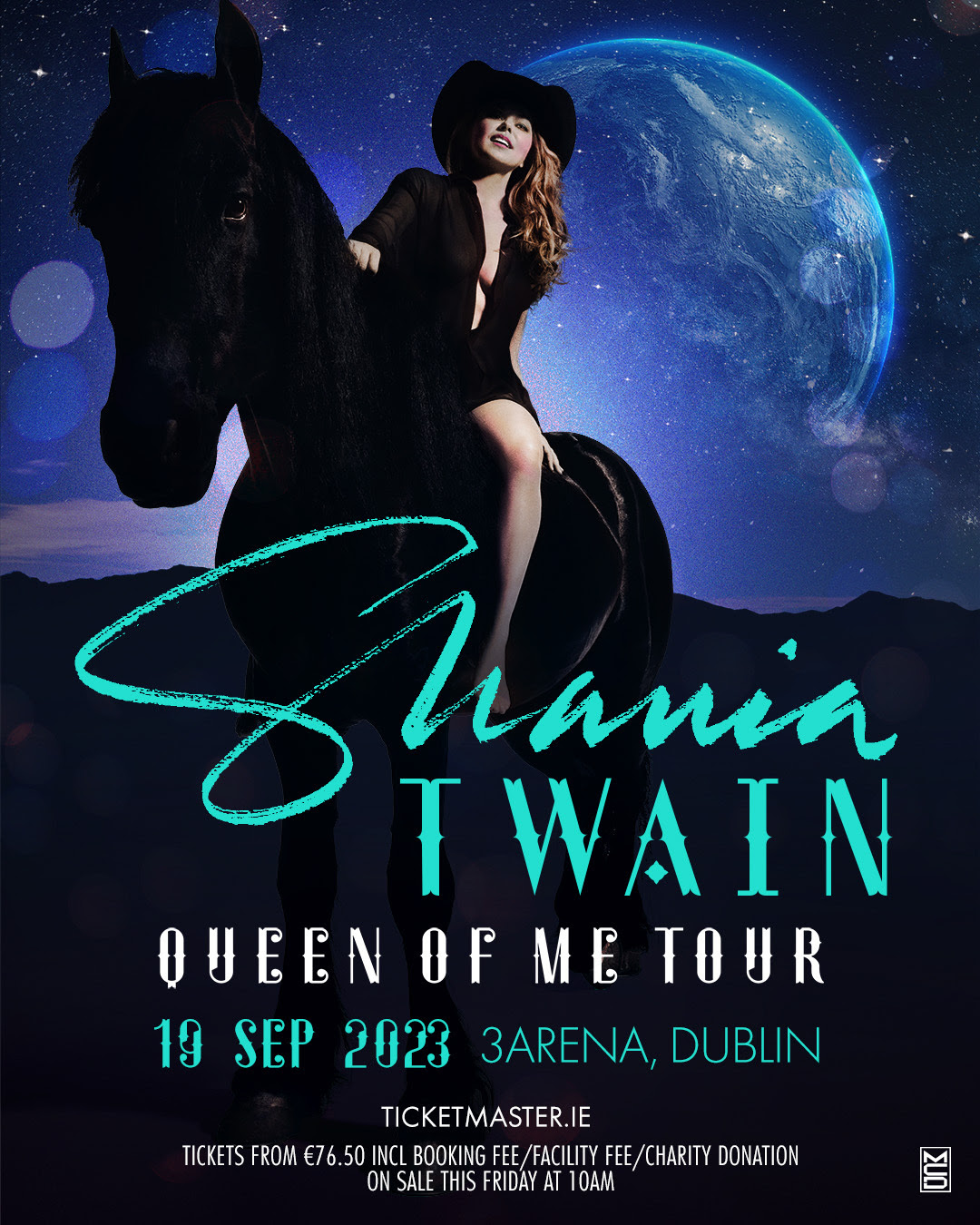 Additionally, Shania and Live Nation have announced that €1.50 per ticket sold (less deductions for tax and royalties) will be donated to Shania Kids Can (“SKC”). Established in 2010 by Shania Twain, SKC provides services that promote positive change in children’s lives in times of crises and economic hardship.

Shania Twin heralds the highly anticipated album with new song, 'Last Day of Summer, offering fans a taste of what to expect from the upcoming new album. The track unfolds as a nostalgic and cinematic anthem set in the final moments of everyone’s favourite season.

Shania Twain continues to be one of the world’s most popular artists, with over 100 million global album sales and 330 million streams in the UK alone. Her third studio album, Come On Over, is the UK’s 15th biggest selling album of all time. Her recently released blockbuster, career-spanning Netflix documentary, Not Just A Girl, was praised for reminding audiences of her status as a cultural icon and music industry pioneer.

General sale for Shania Twain's Dublin date is Friday, November 4th at 10am from Ticketmaster. Tickets from €76.50 including booking fee/facility fee/charity donation.