The Irish duo have revealed a Belfast show as part of their Under Qualified Tour, scheduled for this December.

After selling out their debut headline shows in rapid succession, Kilkenny duo 49th & Main have just announced an additional tour stop in Belfast on December 21, taking place at The Limelight 2.

The indie-pop duo, consisting of producer Ben O’Sullivan and vocalist/multi-instrumentalist Paddy King, have enjoyed massive success since appearing on the Spotify Radar cover earlier this year, performing at Longitude and the massive Glastonbury Festival and releasing their buzzing EP, Must Be Nice.

The EP is an amalgamation of genre-bending sounds, perfectly encapsulating the duo’s unpredictable exploration of all that music can be. 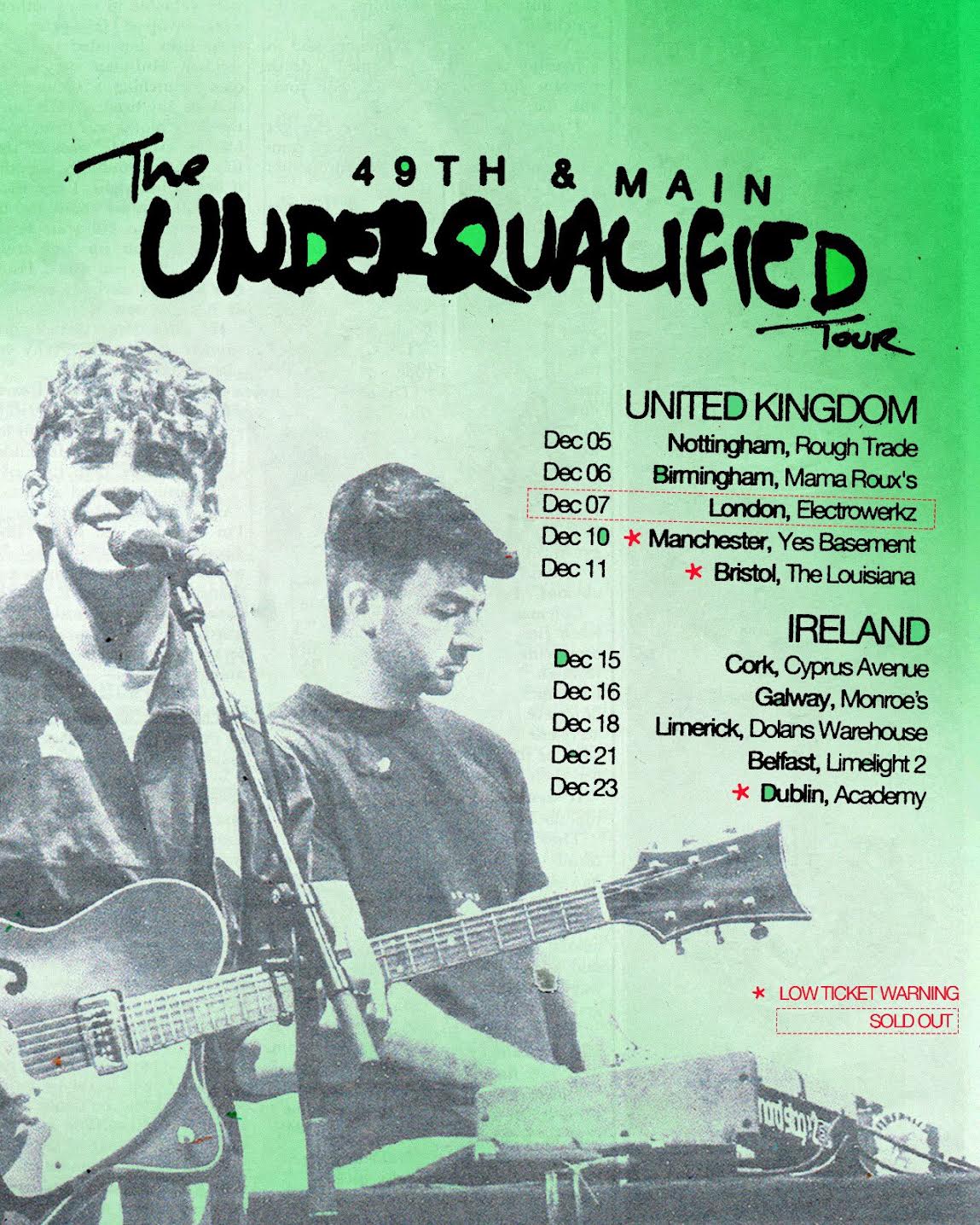 The Under Qualified Tour | 49th & Main

From playing in local pubs last year to selling out headline shows six months in advance, 49th & Main are all the word. That’s why they’ve added even more dates to their 2022/23 Under Qualified Tour, including playing Limelight 2 in Belfast on December 21 before making their way down to Dublin on the 23 and lighting up The Academy.

Tickets have yet to go on sale until next week, but be warned as predictions are they’ll be in high demand!

Tickets go on sale next week on Tuesday, September 20 at 10am via Ticketmaster. Listen to Must Be Nice, the new EP from 49th & Main via Counter Records, below.