Tenet: Tasked with the lofty goal of “saving cinema” in the era of Covid-19
Roe McDermott

Tenet is in cinemas on August 26.

Christopher Nolan films have now well-documented side-effects, including repeat viewings in theatres, endless dissections from fans, and frequent appearances on dating app bios as a litmus test that, like the title of his new offering, works both ways. Tenet, Nolan’s latest blockbuster that isn’t about time travel but also absolutely is, is no different – but it also holds potential to cause two more ripple effects. One is infusing masks and face coverings with a James Bond-like machismo that could inspire previously resistant young men to finally don the now-necessary safety wear, thanks to characters’ frequently donning masks, helmets and breathing apparatuses. The other less tolerable potential side-effect is inspiring the same young men to refer to themselves as ‘The Protagonist’, the only name ever given to the lead character, played by John David Washington (BlackKklansman.)

The former CIA agent is recruited into a shadowy international espionage organisation, entrusted with a mission described only as preventing World War III. Key players include exposition-bestowing scientist Clemence Poesy who introduces The Protagonist to bullets that move backwards, and introduces us to Nolan’s get-out clause regarding his theory of time being inverted: “Don’t try to understand it.” We also meet The Protagonists’ ally Robert Pattinson who wears a wry smile as well as he wears a suit; Kenneth Branagh’s egomaniac oligarch Andrei, complete with ripe Russian accent; and Andrei’s abused art-dealer wife Kat (Elizabeth Debicki), following in the footsteps of Nolan’s other female characters whose moves and motivations revolve entirely around the men in their life.

The performances are all excellent, with Debicki elevating Nolan’s rote depiction of abusive relationships and motherhood, and Pattinson providing louche charm galore, while Washington is an endlessly compelling presence, imbuing the potentially blank canvas of The Protagonist with sardonic humour and irresistible confidence. But the characters and their relationships lack the emotional depth and connection of those in Interstellar, and the time inversion concept is far less clear and compelling than the ideas harnessed by Inception. The film’s theories about time are simultaneously convoluted and underdeveloped, and without fully understanding the rules of this world, it’s difficult to emotionally invest in it. And so Tenet stays firmly within the tropes of a Bond-esque spy-thriller, with archetypal characters, dizzy location hopping and huge action sequences propelling the action – rather than fully developed ideas and human emotion.

Many of these action pieces are undeniably compelling and exciting as individual sequences. An introductory shoot-out in a packed Kiev opera house is thrilling, with Ludwig Goransson’s score creating an adrenalin-echoing pulse as clever clues are scattered throughout. An automotive heist involving a firetruck is superbly done. And as bullets, vehicles and people begin to move backward, a mind-bending ballet of car chases and fights is masterfully choreographed.

But many of the action scenes, though executed with Nolan’s admirable dedication to real stunts and explosive physical effects, have little to do with the overall plot, and therefore feel distracting rather than engaging. The Protagonist finds himself dramatically hopping across the ocean in a catamaran for literally no reason besides Nolan’s desire to shoot a catamaran. A jumbo jet crashes into an airport building because of a bizarrely over-indulged subplot involving a drawing. There’s a round of fisticuffs in a restaurant kitchen because… every spy thriller is obliged to do that now, I guess? Rather than the best of Nolan’s work that uses cinema to explore innovative ideas, much of Tenet is simply spectacle for spectacle’s sake.

And if you’re going to go big and convoluted, for the love of God let us hear the words that might make it all make some sense. Though this issue could hopefully be flagged with and tweaked somewhat by individual cinemas, the sound mix becomes a huge problem in the film. Thanks to the relentless pounding score, the characters’ frequent donning of masks and helmets, and voiceover dialogue that acts as a transition between scenes, a huge proportion of the film is simply unintelligible. (This was based not only on the preview attended by Hot Press, but confirmed with critics at other screenings.)

Tenet has been (rather unfairly) tasked with the lofty goal of “saving cinema” in the era of Covid-19. And Nolan’s film is undoubtedly an impressive and pacy exercise to watch on the big screen, where you can immerse yourself in the visuals. But the repeat viewings that the studio is hoping will bump up those box-office returns are less likely to be out of a deep appreciation for the ideas or characters, and rather an attempt to see if it all actually makes sense. That feels less like an exercise in saving cinema and rather an attempt to cynically profit from fans’ faith in it. 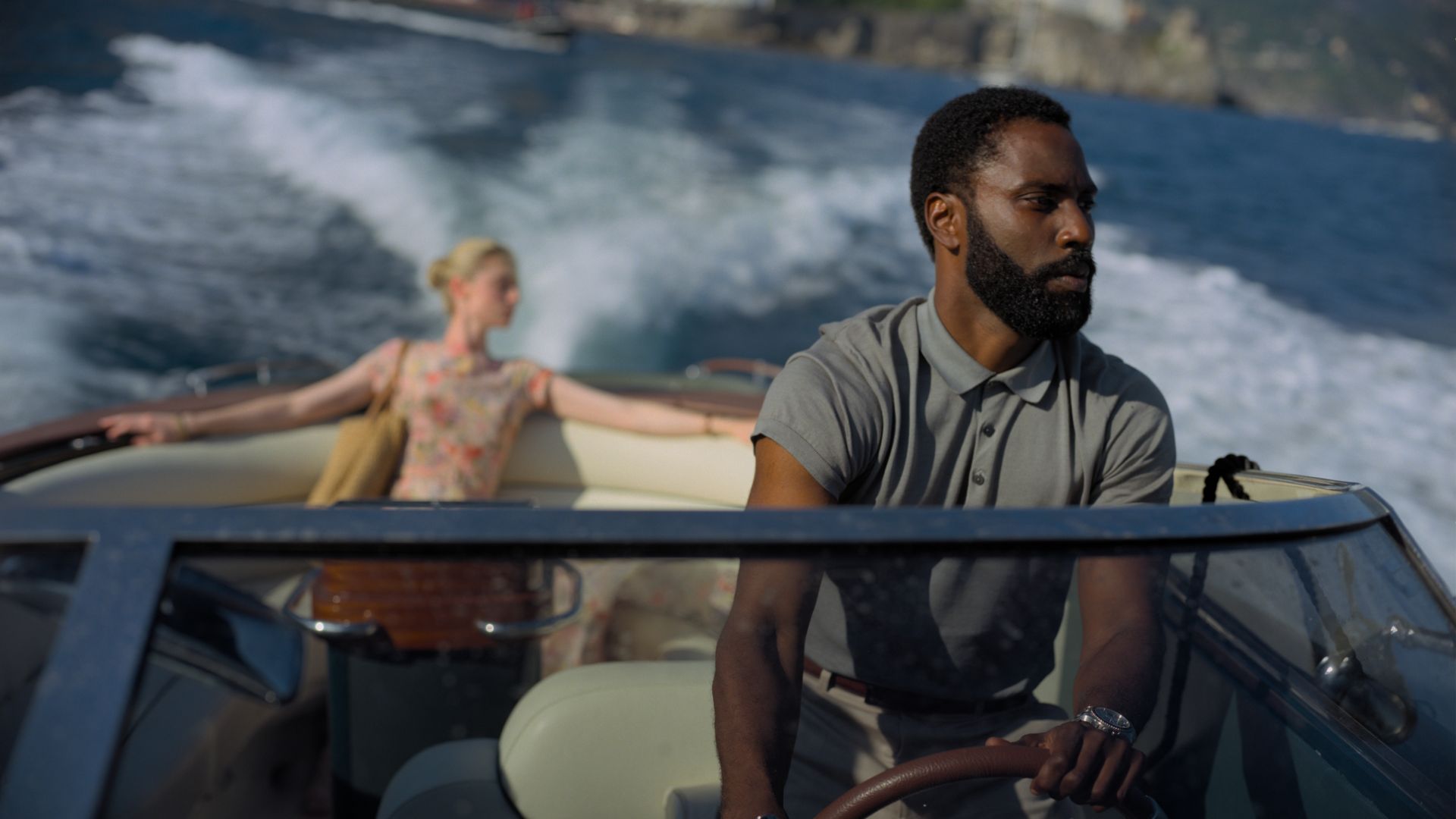