Between laughter and enthralling live performances, the audience of the Sugar Club were reminded of the pervasive and damaging nature of homelessness.

Camille O'Sullivan, Cat Dowling, and the Pale took the stage on Tuesday night at the Sugar Club, for a very special showing of Independent.ie's Rock Against Homelessness.

Introducing the evening was the founder of the non-profit organisation Focus Ireland Sister Stanislaus Kennedy - though most know her simply as Sister Stan. The organisation, founded in 1985, provides services for the homeless and people at risk of homelessness throughout Ireland.

There are currently 8000 homeless people in Ireland, 2400 of whom are children. While most don’t live out on the streets - those who can be staying with friends or family while others resort to hotels - their pleas should not be shrugged off.

“The home is our most basic need. We all take it for granted,” Sister Stan said. “[In a hotel] there is no place for the child to walk, to crawl, to play. There is no space for them to have their own private lives. It is no home at all.” 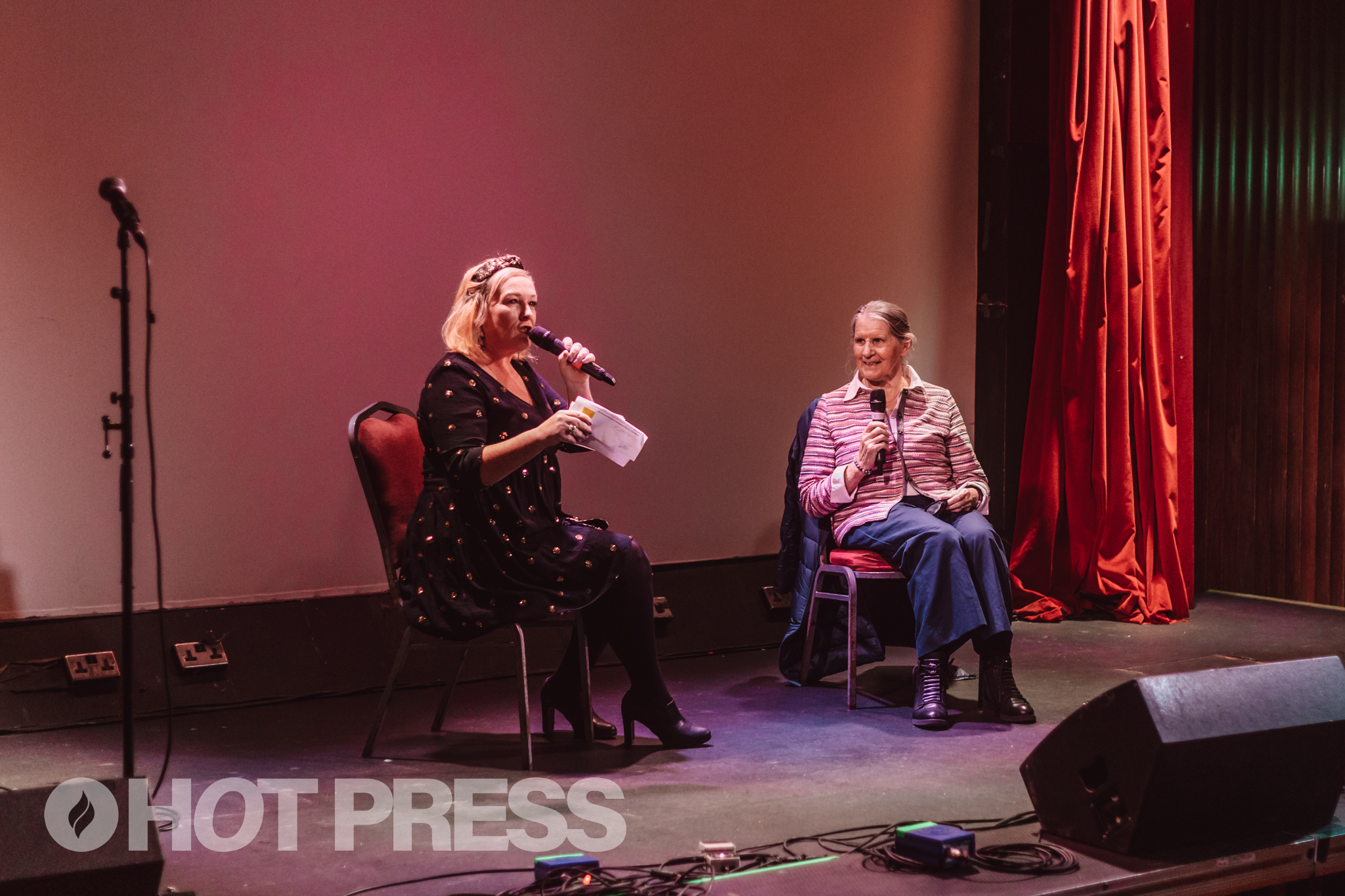 After Sister Stan's powerful address - and a lengthy standing ovation by the audience of the Sugar Club - the stage was cleared and the projector started rolling.

Presented by Panti Bliss, Rock Against Homelessness features a number of Ireland's most influential bands and artists taking a stand against this ever-important yet often ignored cause. Originally live streamed in The Olympia Theatre and Windmill Lane Recording Studios on June 17th, it included performances by Pillow Queens, Gilbert O'Sullivan, Aslan, Wyvern Lingo, and many more.

But while the filmed performances were captivating - Tolü Makay's rendition of 'Used To Be' standing out especially - it wasn't until the intermission that the Gala really got rolling. Jim Sheridan took the stage, and after a terse presentation, as he put it, "I can't fill an hour, I swear to Christ", he introduced/coaxed Camille O'Sullivan onto the stage.

The award-winning singer was accompanied only by her pianist, the rest of the instruments being filled in through the speakers. The sober display was more than fitting, given the nature of the event. Camille kicked off the live portion of the gala with a chilling performance of her 2012 song 'Revelator'. 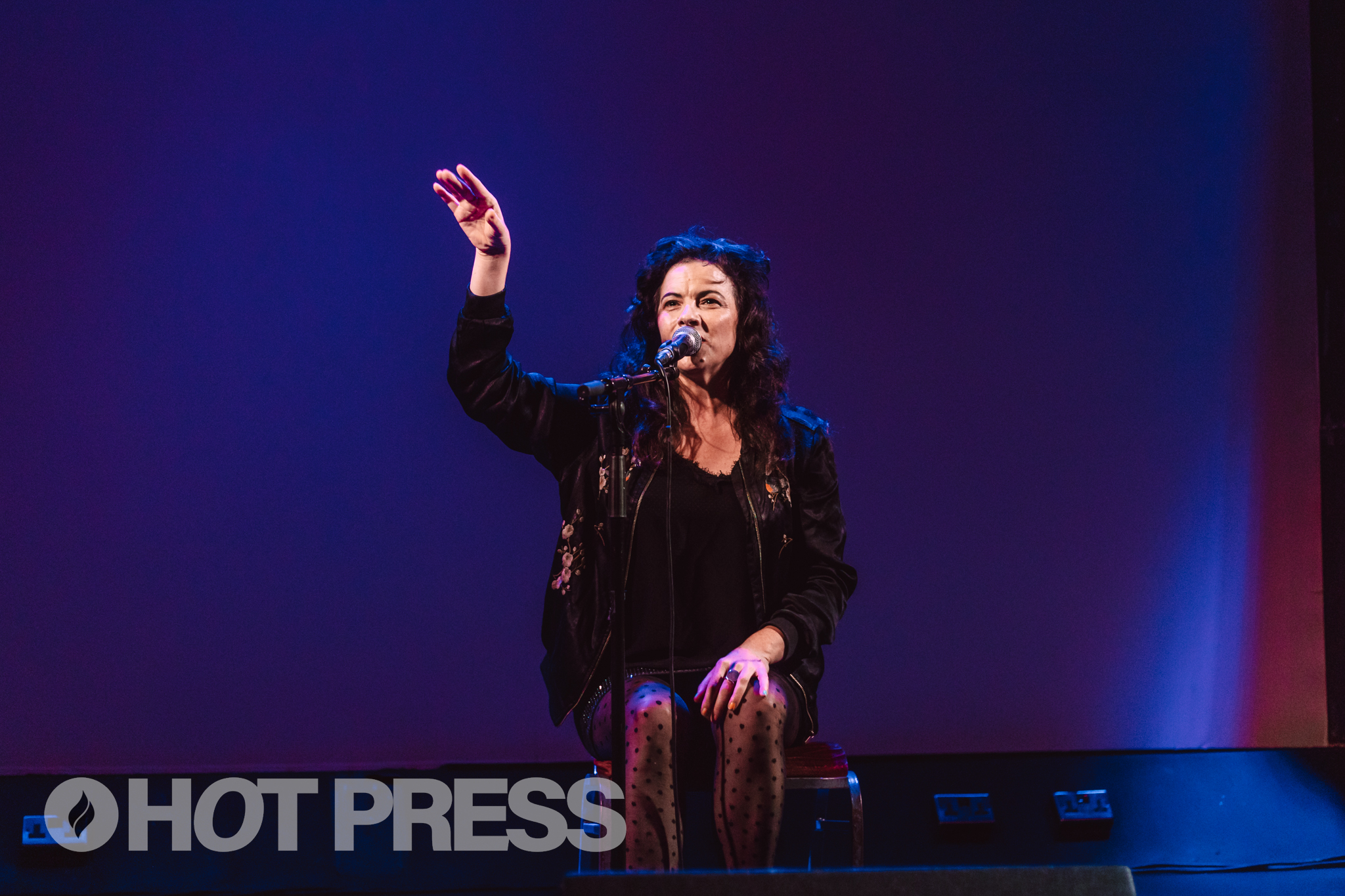 "Happiness and nerves," Camille exclaimed to the audience after finishing off the opener. "I've been locked in the kitchen with my cats for too long. I'm delighted to be here tonight with you lovely folks."

For her next track, the singer slowed things down. Taking a seat on a lone chair dragged onto the stage, Camille O'Sullivan threw herself into a dauntingly beautiful interpretation of Tom Waits number  'All The World Is Green.' It was hard to remember that she was sitting throughout the whole song, as she managed to convey a sea of emotions with the use of her hands alone. After a brief moment of silence, only Camille's voice left on the stage; the instruments galloped back in for an explosive crescendo.

After an additional impromptu performance, treating the audiences to her version of Liam Gallagher's 'All You're Dreaming Of', Camille closed off her set with a slow and soulful take of 'The Ship Song' by Nick Cave & The Bad Seeds. Putting her enchanting vocals in full display for the duration of the song, the singer joined the crowd for the finale - singing softly and letting everyone join in.

The second part of the film started as Camille left the stage. The footage with a few more memorable performances and plenty of guest appearances - the Mayor of Dublin Hazel Chu and Love Island host Laura Whitmore amongst them.

Cat Dowling climbed onto the stage, acoustic guitar in hand as the credits rolled on the screen for an unscheduled surprise performance. The Kilkenny-born artist gave the audience a taste of her upcoming album Animals, which comes out this Friday (November 12), as she performed the hypnotic title track. 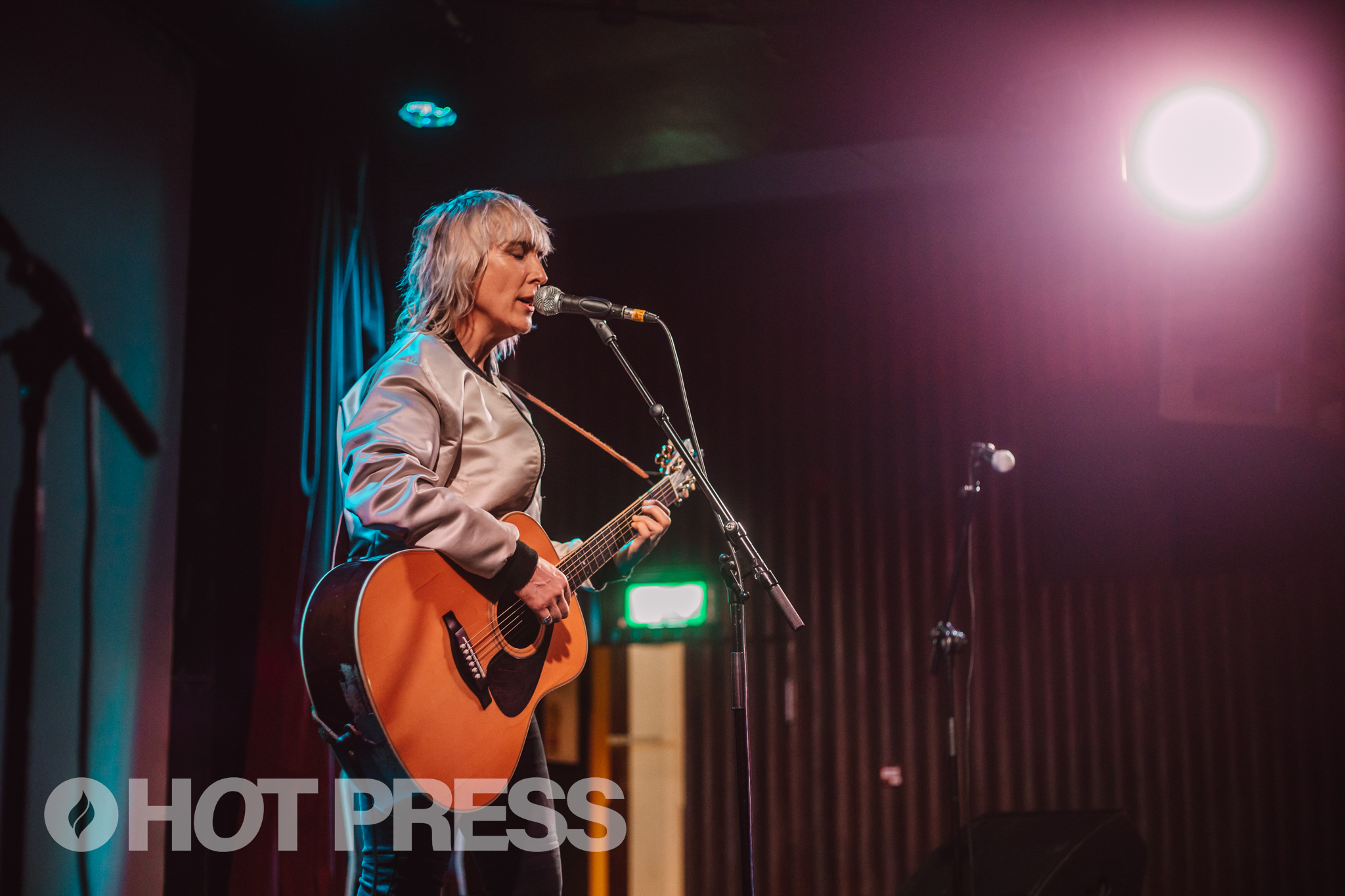 Veteran indie rock outfit The Pale closed off the night. The quintet was reduced to a quartet, as one of their bandmembers had taken ill and couldn't join the gala. The Dublin-based group was not held back by the absence, as they lit up the crowd with an upbeat and energetic performance of their hit song 'Butterfly'.

They kept up the energy through their second track, the guitar-heavy, Latin-influenced 'Dog With No Tails'. It did not take long before the whole crowd was clapping along to the joyful tune.

Finally, the group finished their set with a slower tune off their new album, 'An Autograph For My Dad'. The nostalgic tune poking fun at the band, with tongue in cheek lines like 'We didn't know that you where still going, we thought you'd be really really old.' 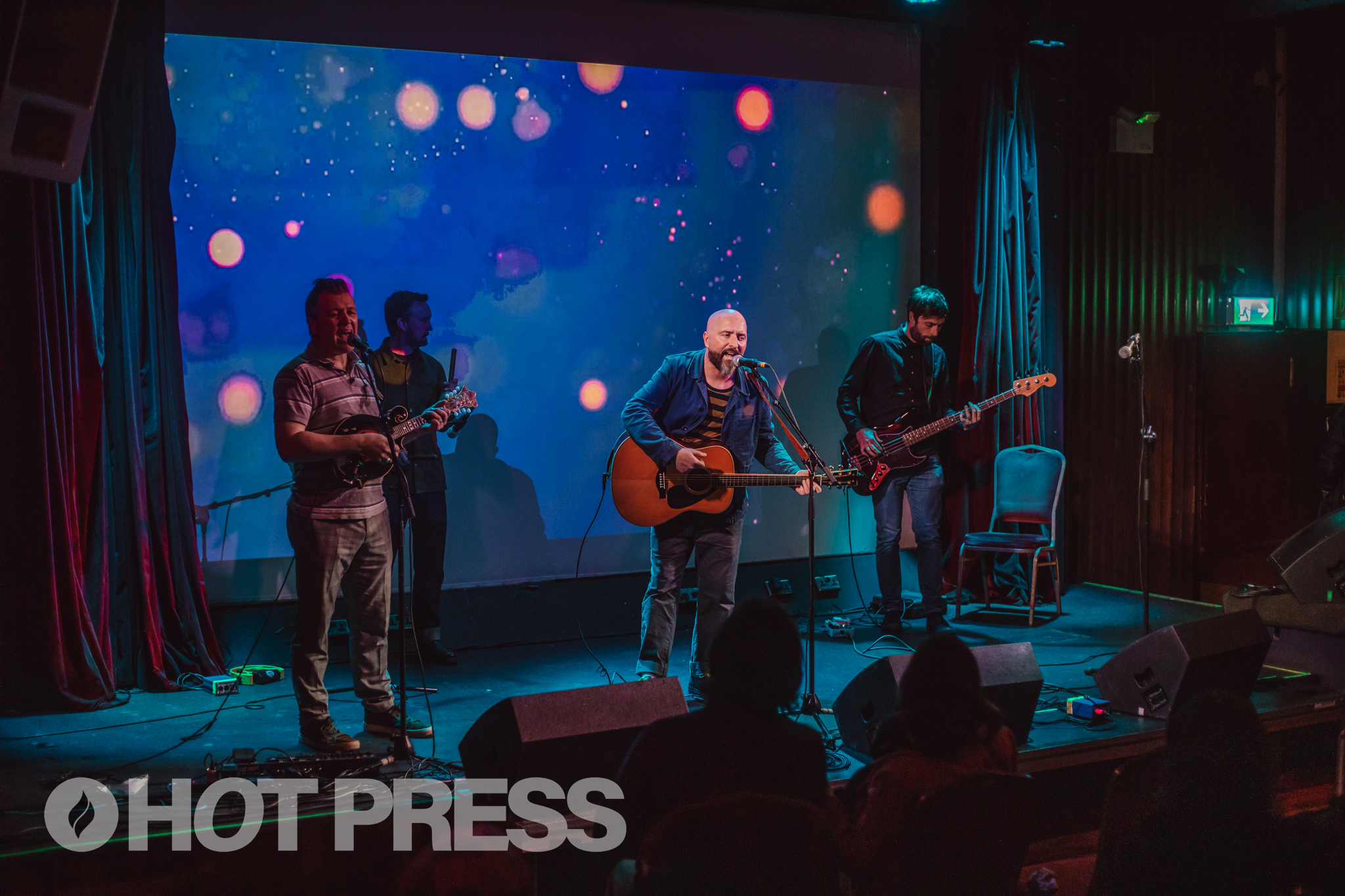 The night was not quite over yet, as there were still raffle prizes to give out and, more importantly, one last reminder of how critical and prevalent homelessness is here in Ireland.

For more information on how to volunteer or help the charity go to www.focusireland.ie or call 1850 204 205 to donate.