The Oscar nominations will be revealed on Tuesday, 24 January 2023.

The Hollywood Reporter has released its predictions for next year's Oscar nominees, with numerous high-profile Irish stars on the list.

Killarney actress Jessie Buckley, plus The Banshees of Inisherin stars Kerry Condon, Colin Farrell and Brendan Gleeson are tipped be among next year's Oscar nominees.

Buckley is one of the "frontrunners" in the Best Supporting Actress category for her performance in Sarah Polley's Women Talking. The actress was nominated for her role in the 2021 psychological Netflix drama The Lost Daughter, which is based on the 2006 Elena Ferrante novel.

The Banshees of Inisherin protagonists Farrell and Gleeson are also "frontrunners" in the Best Actor and Best Supporting Actor categories, respectively.

Martin McDonagh's new film is among the "frontrunners" for Best Picture and Best Screenplay nominations, with the London Irish filmmaker also among the "major threats" for a Best Director nod.

Both McDonagh and Farrell were among the winners at the Venice International Film Festival earlier this month when the dark comedy set on the Atlantic coast received its world premiere.

The Banshees of Inisherin will be in cinemas from Friday 21 October. Women Talking is due to open on Friday 10 February 2023.

The Oscar nominations will be revealed on Tuesday 24 January 2023. The 95th Academy Awards will take place at the Dolby Theatre in Los Angeles on Sunday 12 March next year. 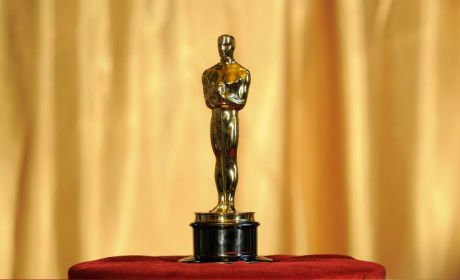 According to the Hollywood Reporter, the Best Picture frontrunners include: The Fabelmans, Top Gun: Maverick, Everything Everywhere All at Once, The Banshees of Inisherin, Women Talking, Elvis, The Woman King, She Said, Glass Onion: A Knives Out Mystery and Tár.

Meanwhile, Michelle Yeoh (Everything Everywhere All at Once), Michelle Williams (The Fabelmans), Cate Blanchett (Tár), Viola Davis (The Woman King) and Olivia Colman (Empire of Light) are tipped for Best Actress.

However, there are numerous high-profile movies yet to be seen - including Babylon, Avatar: The Way of Water, Black Panther: Wakanda Forever and Guillermo del Toro’s Pinocchio .

Colin Farrell to be honoured in Palm Springs for The Banshees of Inisherin
My Father's Dragon director Nora Twomey: "If Cartoon Saloon hadn’t been Oscar nominated for The Secret of Kells in 2010, I don’t know if we’d still be around today"
Colin Farrell, Brendan Gleeson, Barry Keoghan named as The Late Late Show guests