Australian director Sophie Hyde discusses her new film Animals, a witty and insightful look at the lives of two hard-partying friends in Dublin.

Based on the novel by Emma Jane Unsworth, Animals is a sharp, intimate, witty and deeply moving film about the complex friendship of Dubliner Laura (Holliday Grainger) and irrepressible American transplant Tyler (Alia Shawkat). Friends for over a decade, their lives are an endless substance-assisted whirlwind of partying. But as Laura struggles to figure out what she wants from romance, life and her creative ambitions, cracks begin to emerge in their seemingly unbreakable bond.

Australian film director Sophie Hyde has made feature films, documentaries and TV shows, and was drawn to the intimate, lived-in, visceral nature of Unsworth’s depiction of these women in their early thirties, trying to figure it all out.

“I was really drawn to how Emma writes about the characters’ experiences of their bodies and the visceral nature of their bodies,” explains Hyde. “She talks about Laura’s feeling of waking up with a hangover, putting her hand down her pants, the smells of everyone, the smells of their body. I was really captivated by that. Then there was the friendship, and the dealing with the idea of desire – Laura’s desire for her life, the desire she has for different men, and then of course the idea of female friendship being something to celebrate. All these elements were there and felt so real and familiar, but I thought I’d never seen it onscreen.” 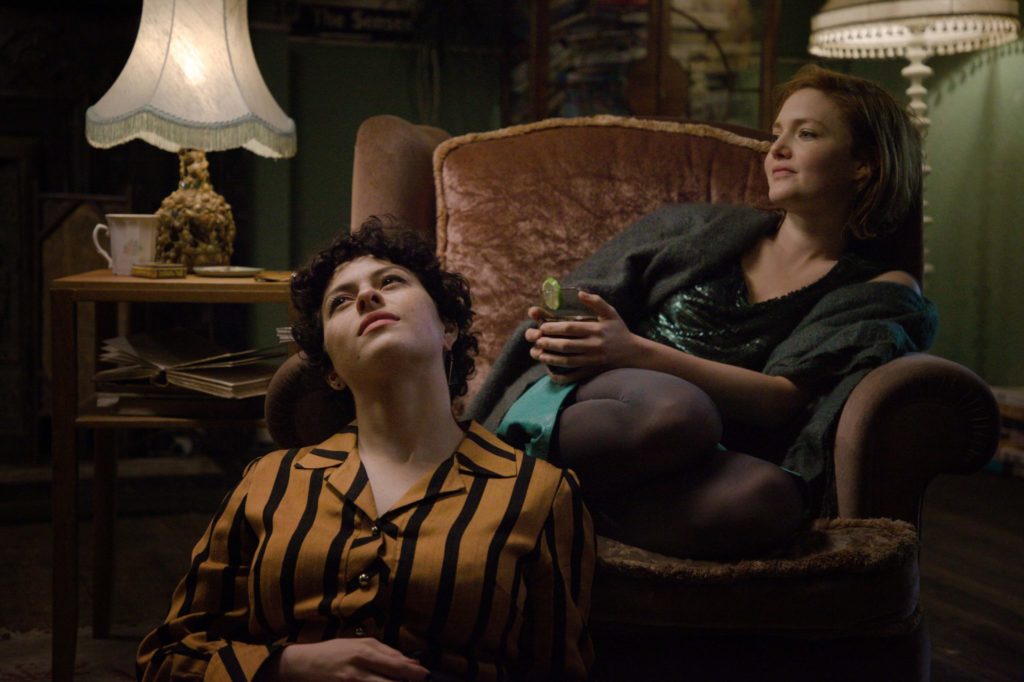 One through-line in Hyde’s previous work (52 Tuesdays, Life In Movement) and that emerges so beautifully in Animals, is the idea that one or more characters are changing and evolving – but they’re also resistant, scared to be pushed out of roles and dynamics that are comfortable, even if they’re no longer healthy.

“Certainly a lot of the work that I’ve done is about people searching for and grappling with who they are, and being curious about it and exploring it,” she reflects. “But we go through seasons in our life, and one thing about changing is that it doesn’t always happen in combination with the people that you love – or even if it does, there’s still a lot of grit there. So I think there’s a feeling that Animals holds a particular resonance for women in their thirties, which is true. But I’ve had 80-year-old women come up to me, men coming up to me, really talking about how much they relate to it. Because And a lot of people end up feeling stuck in lives that aren’t rewarding or fulfilling because changing is too scary.”

As with any and all female-led films, Animals is attracting a lot of well-deserved attention for its intelligent, compassionate, loving and nuanced depiction of female friendship. But a frustrating response to this type of attention around women’s stories is that many people then assume that the subject of female friendship is now officially handled.

“There’s this feeling that we’ve seen heaps of films about female friendship, but you can hardly think of any when you really think about it,” asserts Hyde. “And it gets even harder if you try to find one that isn’t played for broad laughs, or where it doesn’t end up with all the female characters getting with a man at the end. We love to devalue everything that isn’t heterosexual romance. And I think most people know that female friendship is a huge part of women’s lives, but we also devalue it in small ways – by making it a subplot in narratives, by not having a socially acceptable way to grieve the loss of a friendship.

“If we break up with a romantic partner, everyone knows you need to grieve it and heal from it. We don’t have a similar ritual for the breakdown of a friendship, even though it can be devastating. Friendship is so important to the lives of every woman I know, and it’s still so rare to see it. That’s the thing about being a woman, it’s still so rare to see our unique experiences explored in film or literature, though we know so much about being a man – or a human, as we like to say. That’s a very clear experience for us.”

Hyde’s astute awareness of how women’s experiences are underrepresented reminds me of an academic study by Australian researcher Dale Spencer. He discovered that in meetings, men perceived the discussion as being “equal” when women talked only 15% of the time, and the discussion as being dominated by women if they talked only 30% of the time. So goes it for mainstream films about female friendship – in the past 10 years, we have had Bridesmaids (in which the women end up in romantic relationships) and Booksmart (2019). That’s two. Hardly a wealth of riches, yet the discourse around female friendship would imply that we’re being inundated. And this skewed perspective on how much women are being represented onscreen has a very real impact.

“We got that all the time trying to raise the money for the film,” says Hyde. “Distributors would often say to me, ‘Oh, we had a film about women five years ago that didn’t really work. Imagine if someone said that about a film about men! Or young men, even! They wouldn’t – because men aren’t seen as a niche genre, but women are.”

So how does Hyde feel about being called a ‘female director’ – a label that can be both empowering and othering?

“I want to be a visible woman making things and it’s really important to me, that point of view. I think point of view is really important and we all have one – even men, though we often don’t consider them having a unique point of view in the same way. So I’m really happy to be called a female filmmaker, but I’d be a lot happier about it if my male peers were referred to as ‘male filmmakers’. Because you never hear ‘This is Jack Frost, male filmmaker.’ Never. And it creates a sense of difference and othering. I think genuinely think it would change things. That tiny difference would mean the world.”

• Animals is in cinemas now.

Waves' Kelvin Harrison Jr: "So much of the Black experience, especially in America, has been about trying to catch up and trying to prove that we are worthy"
Watch: Martin Scorsese-produced documentary on the Band gets new trailer
Netflix unveils first trailer for 'The Stranger'