The Cork French Film Festival will run from September 1-4 and celebrate French cinema with 11 films screened.

The Cork French Film Festival launches it's 33rd edition today, August 30, with a special event at the Port of Cork. The launch is set to take place on board the Belem - the 126 year old French sailing ship steeped in history.

Celebrating the best of French cinema, the festival will be attended by the Deputy Head of Mission from the Embassy of France in Ireland, Marianne Barkan-Cowdy.

The festival will run from September 1-4 at the Gate Cinema, featuring eleven films crossing a variety of genres - from comedy to drama, thrillers and romance. The programme will feature some of the greatest ever Francophone film directors and actors.

In addition, a twelfth film screening will take place for post-primary schools, on September 27 and 28.

The Belem, the 126-year-old sailing ship where the launch party will take place, has a fascinating history worthy of her own movie. The ship served as a luxury yacht after escaping volcanic eruptions in the Caribbean. She became the property of the Guinness Family in 1922, who renamed her the Fantôme II with The Hon. A. E. Guinness sailing the seven seas aboard the Fântome II in 1923 with his daughters.

Having undergone more name changes and new ownerships than could be listed, the Belem finally returned to her home port in France in January 1979. She is now owned by the Fondation Belem, fully restored as a sail training ship, and in 1984 obtained the title of French Historical Monument. 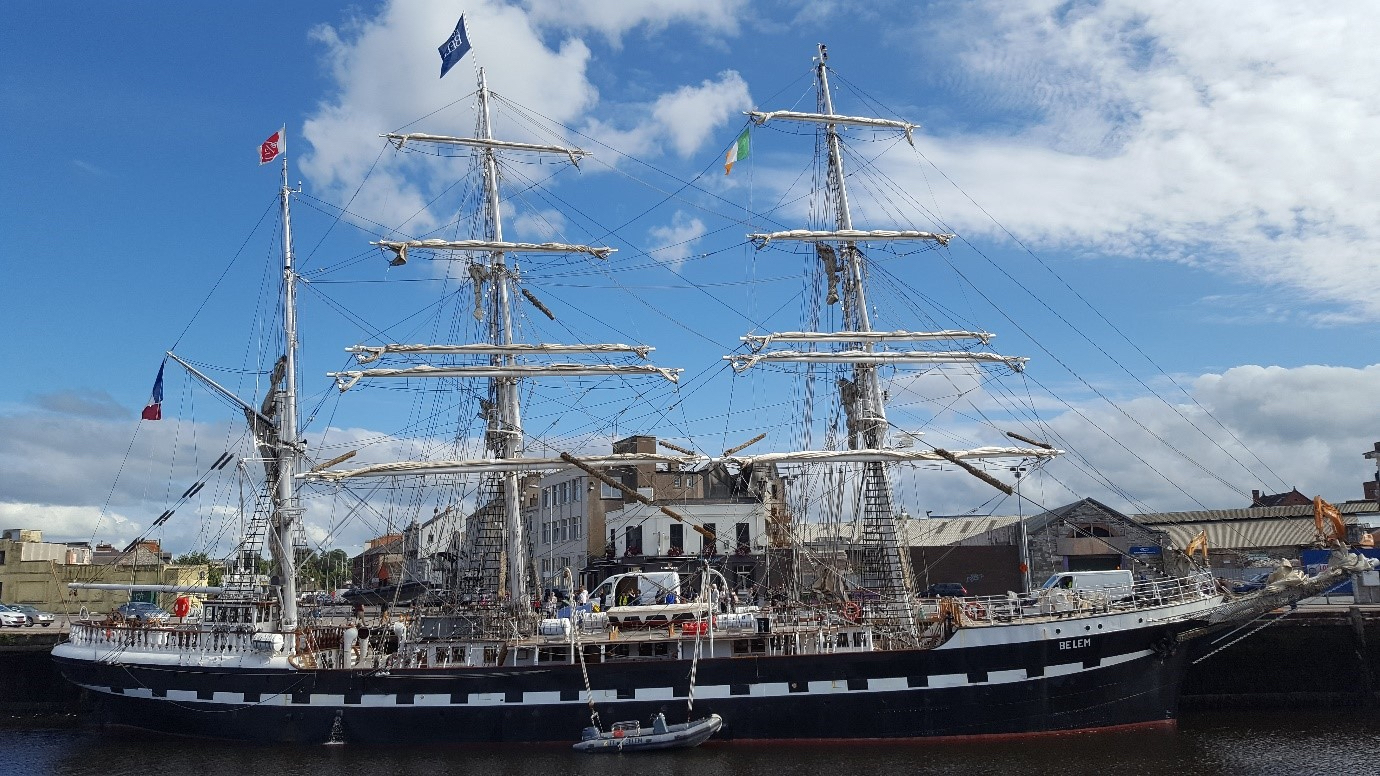 Speaking about the festival, Honorary Consul of France in Cork, Kerry and Waterford, and Member of the Board of Directors of Alliance Française de Cork, Josselin Le Gall, said:

"We cannot think of a more fitting launch of the 33rd Cork French Film Festival than aboard the Belem. She is a beautiful ship with a fantastic history and we are delighted to bring her to Cork. It’s a perfect way to start the 33rd French Film Festival in the City, where we celebrate the magic of cinema and all that is great about French culture."

Opening night of this 33rd instalment celebrates French cuisine with a screening of Delicieux, set just ahead of the French Revolution in 1789. The film sees Manceron, the talented yet temperamental, opening his first restaurant. To tie in with the foodie theme of Delicieux, audiences will be treated to some light bites courtesy of The Imperial Hotel, Cameron Bakery and Hegarty’s Cheese.

President of Alliance Française de Cork, Valérie David-McGonnell, spoke of his pride for the festival:

"We are very proud of this year’s programme at the Cork French Film Festival, it really has something for everyone when it comes to genres and themes, with a chance to see some fantastic French and Belgian films on the big screen at The Gate Cinema. It’s wonderful to welcome audiences back to the 33rd edition of this festival which is the oldest French film festival in Ireland."

Supporting sponsors for this year's festival include the Cork City Council/Arts Office, the Embassy of France in Ireland, the Embassy of Belgium in Ireland, Amarenco, Eurotranslations, Cameron Bakery, the Imperial Hotel, and Hegarty’s Cheese. Partners include The Gate Cinema, Institut Français, and the AIPLF (Association Irlandaise des Professeurs de Langue Française).

Antonia Campbell-Hughes on It Is In Us All: "I just found the Donegal landscape very emotive on a much more profound level than just visual"
Christian Wethered’s La Madeleine music video screening at DISFM Festival
LCD Soundsystem release their first song in five years, 'new body rhumba'