The cast of Bridgerton is back together and working on season 3, Galway actress Nicola Coughlan has confirmed.

Netflix has announced that the beloved regency romance, Bridgerton, has commenced production for season three of the show.

After the introduction of Julia Quinn's captivating characters to the screen in the winter of 2020 and the swoon-worthy second season earlier this year, fans are already desperate for the next instalment. Lucky for all of us, that moment is closer with today's news.

I spy the makings of a new social season. By the looks of things, it would seem the third installment of Bridgerton is officially underway. pic.twitter.com/Ts4xDHlOwA

The third season will focus on the romance between Penelope Featherington (Nicola Coughlan) and Colin Bridgerton (Luke Newton). The last season ended with the two of them at odds, especially in the wake of Penelope overhearing Colin declare that he "would never dream of courting Penelope Featherington".

So Penelope's coming into this season having given up Colin as both her crush and her friend. Here's the official synopsis:

"From Shondaland and new showrunner, Jess Brownell, Bridgerton is back for its third season and finds Penelope Featherington has finally given up on her long-held crush on Colin Bridgerton after hearing his disparaging words about her last season. She has, however, decided it’s time to take a husband, preferably one who will provide her with enough independence to continue her double life as Lady Whistledown, far away from her mother and sisters. But lacking in confidence, Penelope’s attempts on the marriage mart fail spectacularly. 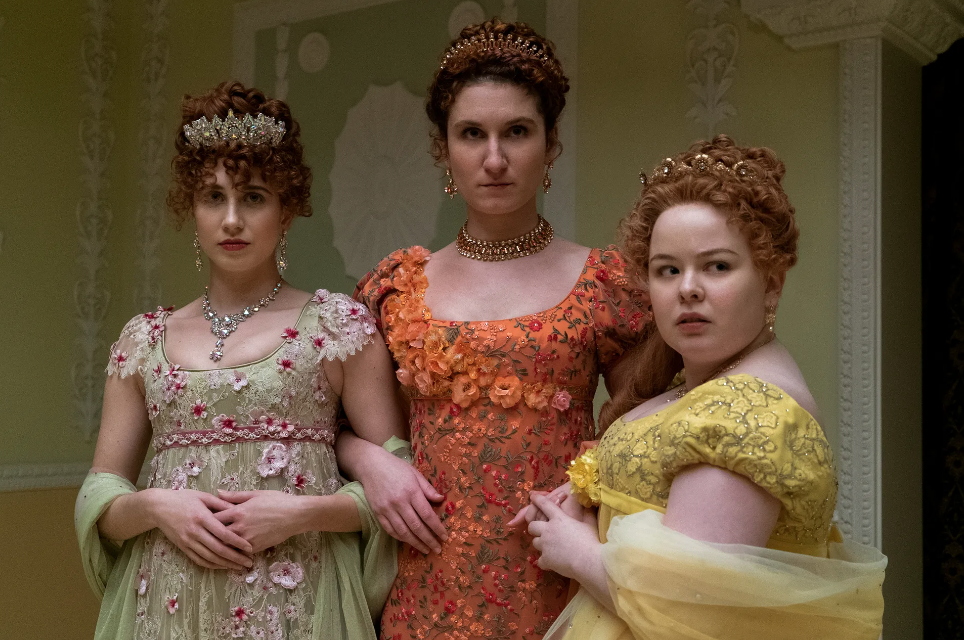 "Meanwhile, Colin has returned from his summer travels with a new look and a serious sense of swagger. But he’s disheartened to realise that Penelope, the one person who always appreciated him as he was, is giving him the cold shoulder.

"Eager to win back her friendship, Colin offers to mentor Penelope in the ways of confidence to help her find a husband this season. But when his lessons start working a little too well, Colin must grapple with whether his feelings for Penelope are truly just friendly. Complicating matters for Penelope is her rift with Eloise (Claudia Jessie), who has found a new friend in a very unlikely place, while Penelope’s growing presence in the ton makes it all the more difficult to keep her Lady Whistledown alter ego a secret."

For those that have read the original series, Penelope and Colin's romance is unanimously one of the best: #Polin forever.

Watch the cast as they settle in on set below.