“When A92 and Offica blew up, people from the UK validated what we did": Solomon Adesiyan on giving Black music a voice in Ireland
Kate Brayden

Having just signed a hugely exciting deal with Atlantic Records, Trust It Entertainment CEO Solomon Adesiyan is set to guide a brilliant array of Black Irish artists to global stardom.

Solomon Adesiyan has meetings coming at him from all sides. The impresario – he’s CEO of Trust It Entertainment and founder of the Dearfach label – has recently signed a joint venture deal with Atlantic Records UK, with the company’s EVP Austin Daboh stating that “Black music has found its voice in Ireland”. Undeniably, Adesiyan and his team are at the heart of the new cultural agenda.

The deal will see Atlantic introducing Black Irish talent to a global audience, with Adesiyan acting as a consultant to the major label in an A&R and culture capacity. It’s a hugely exciting proposition. But Solomon has always had stratospheric levels of confidence in his roster – and his entrepreneurship.
A native of Ennis, Co. Clare, Solomon is currently based in Clondalkin, Dublin. Music has been a central part of his life for as long as he can remember, spurred on by his Nigerian family’s love of gospel.

“I started playing drums when I was two-years-old,” he explains with a grin. “I grew up in church, like most Black musicians, and my mum and her whole side of the family are all artists. I was that little prodigy in primary school playing drums and percussion.”

Solomon learnt early that, while music is an art form, it is also a business.

“I was earning money from music since the age of 13,” he recounts, “so my godfather built me a little studio in my garage for my 15th birthday. Mum got me a PC and my dad got me my first interface and microphone, so I had a nice set-up from then on.

“I’d get singers from my class in school to come to my house during lunchtime to record vocals. I went to BIMM to study, because I wanted to be a professional drummer, but I learned the most from my Music Business course.”

During that time, Adesiyan signed his first two artists, Evans Junior – who featured in the Hot Press Hot for 2019 list, and played the Y&E Series in September last year – and Andre Fazaz. Both remain on his roster to this day. He set up Dearfach Records back in 2015 – the UK drill scene was blowing up, and Solomon noted a major gap in the market.

“My good friend Sequence is a photographer,” he says, “we’ve known each other since we were born. He grew up in Galway and I grew up in Clare. We had an idea to create a similar platform to GRM Daily, so we started Dearfach TV on YouTube.

“Within a year, it blew up. Irish artists were doing drill based on the UK influence back then. J.B2 was our first artist to go viral – we had labels calling us from absolutely everywhere asking about our artists. That’s when Moves Recordings reached out, in 2018. James Foley and Austin Daboh flew me over to Spotify in London the following year, and hired me to curate the Rap IE playlist for nine months. I learned fast how the big labels work.” 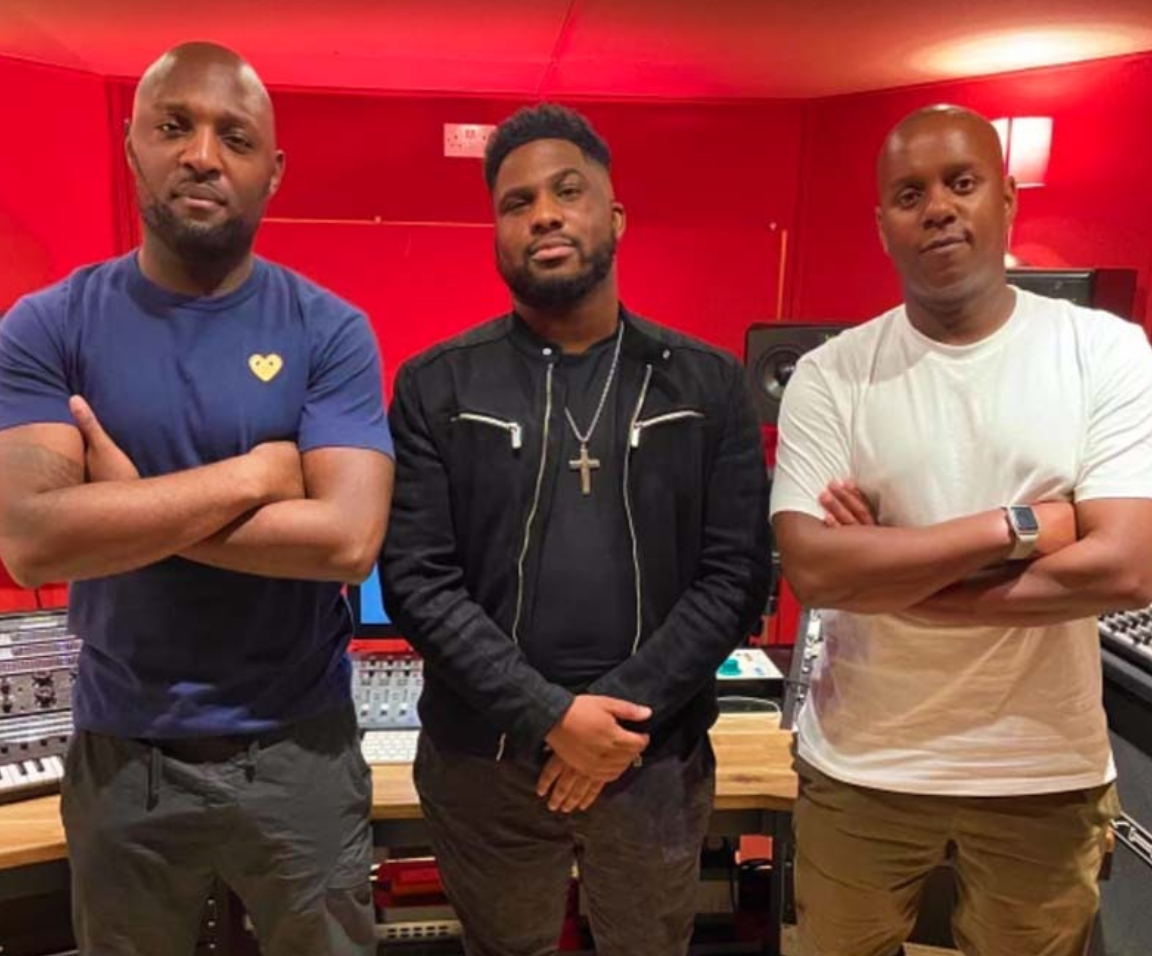 Securing himself a partnership with Moves Recordings in 2019, the budding success of Solomon’s Dearfach label allowed him to rebrand to Trust It Entertainment. A new roster, sound and image was the result, featuring the likes of Evans Junior, Alicia Raye, Adaeze, Ayo August (BoyW1DR), Dennie Valentino and more. Having worked together at Spotify already, Solomon and Daboh have out a strong working relationship, and are poised to take the Irish scene to the next level.

“I had to make sure I got the best deal possible for my business, because it’s a real hustle,” says Adesiyan. “A lot of places wanted Trust It Entertainment – I was weighing up my options, but I saw the way that Atlantic UK and Warner Music treated their artists. They really care about developing their acts, like Burna Boy and Roddy Ricch. Because of Brexit, it was technically an international deal between Ireland and Britain. It was tedious, there were lawyers going back and forth for months.”

Solomon’s goal is to bring Irish drill and hip-hop to the world stage. He is adamant that the potential for Black Irish music to go global is enormous.

“If you told Motown Records 30 years ago that streaming and Spotify would be a thing, they’d have denied it,” he says. “People are saying that for Ireland to blow up, we have to do exactly what the UK and US did. I don’t believe that – there isn’t one way to do it. Saying that Ireland isn’t going to produce international drill and hip-hop stars for another 10 years is incorrect on a conceptual level. Yes, the US started hip-hop in the 1990s and it took years to blow up, but that was before technology and social media changed the game. Everything we thought we knew before is being proven wrong now.

“For me, the key to Ireland’s success is in its diversity of music,” Solomon continues, passionately. “That’s my own personal opinion, because every act that has blown up on a worldwide scale, it wasn’t because they were rapping in an Irish accent. That’s what people recognise as ‘Irishness’. It just puts us in a box. Nobody wants to acknowledge the new facet of Irishness.

“J.B2 has blown up outside of Ireland, yet does he have an Irish accent? No! Rejjie Snow doesn’t sound Irish, Hare Squead don’t sound Irish, A92 don’t sound Irish. When you put five or 10 Black Irish artists together, you can’t tell me how they’re going to sound. We’re the first generation of Black Irish youths coming up in Ireland, so we still have African, UK and American influences.”

BIGGEST IN THE WORLD

Solomon is impressively unflinching on this.

“If you rap in an Irish accent and you’re Black, that’s sick – my problem is when people force us to conform. I won’t stand for that. If it were an Irish guy like Kojaque who got 50 million streams, instead of a Black Irish guy like Offica from Drogheda, all of Ireland would know about it. But because it’s Black people from Drogheda, they might not see us as being totally Irish, you know?

“When A92 and Offica blew up, people from the UK validated what we did. They understood what we were doing, but people from Ireland never claim us as their own until people internationally try to.

“Support from major label A&Rs will make urban Irish music the biggest thing in the world, and then Irish people will understand what we’re doing. Unfortunately, we’re not getting that support right now in Ireland.”

Many would argue that Black talent is treated in a way that demands sacrifices when it comes to their mental health – gruelling criticism and online racial abuse are part of the package if a single error is made. It seems that only when money is on the table are Black artists respected.

“I think Black talent being abandoned when greatness ‘wanes’ is an international problem. Look what happened at the Euros. As soon as the black guys missed their penalties, suddenly people said that they weren’t really from England. You can’t fight it, otherwise you’ll risk your mental health. We’re not what they think we are. I know we’re sick.

“I’d give it two years until Black Irish music is at the forefront of mainstream music,” Solomon grins. “I’m just going to keep on pushing. This Atlantic UK deal hits the sweet spot between independent labels and a major label machine. I’ve got the best of both worlds now, so it’s just about execution.

“I’m very loyal to the people who have put their trust in me for the last three or four years. Evans Junior, Sello, Alicia Raye, Boy W1dr, some of the A92 boys; I still want to invest in them  now. This deal is part of the process, and I’m taking them the whole way before I start taking up new artists. On a deeper level, I have people’s careers in my hands.”

New Irish Songs To Hear This Week
100 Voices #AllAgainstRacism: Andre Fazaz – "It’s 2021. Ireland is very diverse right now, so let’s start including everybody"
100 Voices #AllAgainstRacism: Offica – "I really do believe that Ireland will one day be a country that accepts all races and different ethnic backgrounds equally"
Dublin's Music Scene Comes Back to Life on Opening Weekend
5 Reasons To Watch M. Night Shyamalan’s Knock At The Cabin
Ye Vagabonds and Tiny Ark premiering new film Nine Waves next month