One of the leading UK engineers and producers of his time, Kit Woolven worked on key albums with David Bowie, David Giilmour, Hazel O'Connor and The Radiators From Space as well as a host of metal acts – including, of course, the great Irish rockers Thin Lizzy and Philip Lynott. No wonder his death is being widely mourned by rock fans today...

Hot Press is sad to learn tonight of the death of Thin Lizzy engineer and producer Kit Woolven. Kit was a close associate of the late, great Philip Lynott, lead singer and driving force in Thin Lizzy.

Kit Woolven was credited with engineering the Thin Lizzy album Black Rose: A Rock Legend (1979), which peaked at No.2 in the UK charts, as well as delivering a Top 10 hit in Sweden. He went on to produce, engineer and mix subsequent Lizzy albums, including Chinatown (No.7 in the UK), Adventures of Thin Lizzy (a collection of their singles that reached No.6 in the UK) and Thin Lizzy Live.

In the meantime, Woolven had worked closely with Philip Lynott on his solo releases, accumulating Producer, Engineer and Mixer credits on both Solo In Soho and the Philip Lynott albums.

Kit was regarded as one of the great engineers of the 70s and ‘80s, also working on major albums by David Bowie (Scary Monsters and Super Creeps, 1980), David Gilmour (About Face, 1984) and Magnum (On A Storyteller’s Night, 1985). He also worked as an engineer on one of the immortal Irish albums, Ghostown (1979), by The Radiators from Space, with Tony Visconti as producer.

Kit clearly lent in a metal direction, working also with many of the leading lights of British and international heavy metal, including UFO, Tony Iommi, Cradle of Filth, Chrome Molly, The Guana Batz, Cathedral and Anathema.

“Kit was hugely helpful to us when we were working on the book, Philip Lynott: Still In Love With You,” Hot Press editor Niall Stokes said. “He was really enthusiastic about anything that would honour the great Irish rocker and immediately agreed to be interviewed, and to offer his unique memories of – and insights into – the recording of the Philip Lynott solo albums, as well as Black Rose and Chinatown.”

“It is very sad news,” Roisin Dwyer, who carried out the interview at the time said. “I remember speaking to him and he was such a lovely man, very positive and generous with his time.”

Among the other artists Kit Woolven worked with were Hazel O’Connor, on her breakthrough record, Breaking Glass; and Wild Horses, the band formed by Brian Robertson and Jimmy Bain in 1978, following Robbo’s departure from Thin Lizzy.

Kit was also involved in Inphase Management, alongside Fay Woolven. Fay’s career in management started with Thin Lizzy and has included working with artistes such as Jeff Beck, Sting, Black Sabbath, Jools Holland, Cradle of Filth and many other international acts.

"I'm really pleased that we spoke to Kim," Niall Stokes added. "So often influential backroom characters like him pass away without ever getting to tell even a part of their story. We were able to capture his wisdom in the pages of Philip Lynott: Still In Love With You, making the book feel even more valuable. That's the way it goes. With the passing of time, more and more of the heroes of yesteryear end up saying their good-byes. But this much is certain: Kit will never be forgotten by fans of Philip Lynott and Thin Lizzy. His contribution to the cause was immense. So today, we salute him and say a final farewell. As Philo himself said:

You can always hear the king's call... 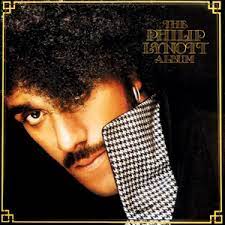