The Whole Hog: There Are No Chosen People
The Hog

Among the greatest drivers of racism is the utterly misguided belief in exceptionalism, whether it is based on Nationalism or on the toxic conceits of organised religion. To defeat that kind of thinking, the anti-racism movement has to take the initiative and learn the finer arts of persuasion…

The English author Bruce Chatwin cites an Old English proverb in his book The Songlines: “The stranger, if he be not a trader, is an enemy.”

He then describes an encounter in Nuristan, when his party stopped in a beautiful village surrounded by walnut trees, its roofs orange with drying apricots, where they were welcomed and offered “a thread of sharp white wine”. Children played in the fields.

The party’s porters, whom he clearly despised, didn’t want to stop there. “These people are wolves,” said their leader.

“And the people of that village?” asked Chatwin, pointing to a ‘dejected-looking’ settlement a few kilometres upstream.

“They are people,” said the porter.

“And those in the village beyond that? Wolves, I suppose”

“Wolves,” the porter nodded, adding: “Some people are people and some other people are wolves.”

It’s irrational nonsense, of course, a mindset that developed when people never strayed more than 10 km from home, often huddled in villages or forests as marauders raided their houses and fields.

It should be different now, what with our global mobility and access to vast reservoirs of knowledge, but it isn’t. Racism is still very much alive.

Three drivers are central to the recent resurgence of racism worldwide.

The first is a combination of ignorance, gullibility and poverty, both financial and educational. This is the soil where promoters of racism, bigotry and misogyny sow their seeds. If you fear, resent or envy the stranger, violence and intimidation follow. Where ignorance is bliss, the mob is close.

In Ireland, as elsewhere, this has to be addressed. Education and a push towards equality are essential. But racist godfathers find ways to infiltrate the consciousness of the unthinking and the unwary. Anti-racists have to match that strategy, and to do so with respect – which hasn’t always been the case.

The second driver is the ideology of superiority – or purity or exclusivity or entitlement – that frames and promotes racism and fuels its complex web of proponents around the world.

Religion is, of course, a key factor. Martin Luther may have rightly triggered the Reformation when he nailed his 95 theses to the church door in Wittenberg in 1517, but he also opened another door to bigotry, butchery and racism, the latter directed towards Jews in particular.

Indeed, the emphasis in Abrahamic religious texts on an afterlife and notions of the elect, God’s people, the chosen few, salvation and so on, helped foster both exclusiveness – the belief that you are above others – and judgementalism.

Nationalism is also guilty. Too often it’s a toxic mix of pride and prejudice. Look at Brexit Britain. But we’re not free of this tendency either. Just check your Twitter feed whenever the Brits misbehave…

It can also be argued that Darwin’s theory of evolution was misread and misused to promote a belief that white men represented the pinnacle of evolution and deserved their place atop the social, economic and cultural pyramid, a belief that found odious expression in the imperial conquests and grand larcenies, by Great Britain and France in particular, during the 19th century and, even more appallingly, in the horrors perpetrated by the Nazis.

That said, it’s far from an exclusively a European thing. All conquerors think of themselves as divine or a superhuman elite begotten by gods. The Pharaohs, Aztecs and Incas did. India and China too.

The third driver is the ever more powerful technologies and platforms that facilitate the dissemination of baleful propaganda and prejudice.

Racists and the far right have colonised these platforms, pumping out spurious “research” and fake facts and forgeries to mislead the ignorant and vulnerable. Even the most august groves of academe have been implicated.

The so-called Protocols of the Elders of Zion are an example. These were a hoax and could not have been written before 1902. But they still circulate and are still cited by the malicious and the misled.

We have to fight this shit, but we have to fight it in the real world; get the real science out there; enter the information wars; make the TikTok vids; share the good stuff…

The omens are not to be taken lightly. Our planetary home may now be entering an era of conflict and dislocation comparable to Europe in the 17th century. Climate change will trigger mass migrations, even if we manage to keep temperatures within a couple of degrees. If racism and xenophobia aren’t countered now, they will corrupt and pollute everything.

Woolly liberalism and high-minded waffle won’t do the job. Our approach has to be widely debated, well thought out and widely agreed. And then it has to be implemented.

We’ll have to acknowledge paradoxes and ironies. For example, there is racism, often flagrant and offensive, among communities who are themselves the subject of racist prejudice from others.

We’ll face rampant what-aboutery. It is, for example, entirely appropriate and just to oppose the disgraceful and racist regime in Israel and its subjugation of the Palestinian people. But it is equally important to confront ant-Semitism at every juncture.

And remember, no slate is clean. No country is properly free of racism, including countries usually held up to us Irish as paragons of equality, social cohesion and social democracy.

The war on racism isn’t just a matter of waving flags, shouting the opposition down and street-fighting, much as some might like it to be. Persuasion has its place.
So, let us assert the world as we Irish have chosen and experienced it, including the values we set out in our laws and Constitution.

We’ve been cholera-plagued refugees from famine and war – and, through much of the 20th century, from economic woes. We’re wanderers. We wind up everywhere on earth. So, if we were entitled to respect, shelter and refuge then who isn’t?

Ireland needs workers. At the same time, Irish people work all over the world in every sector and skill level. We’re short of skills and we need people to come here to work. As Christy Moore sang in ‘Lisdoonvarna’, “We go there, they come here…”

Well, if Irish people eff off to where they too are immigrants, what the fuck right has anyone here to complain when they are replaced in the Irish labour market by others? How can anyone seriously point at another person and say he, or she, or they if you prefer, doesn’t belong here?

The war against racism can be won. For inspiration, look at the impact of the Swiss grassroots movement Operation Libero. They managed to arrest the rise of the far right and defeat referenda aimed at limiting the rights of foreigners. 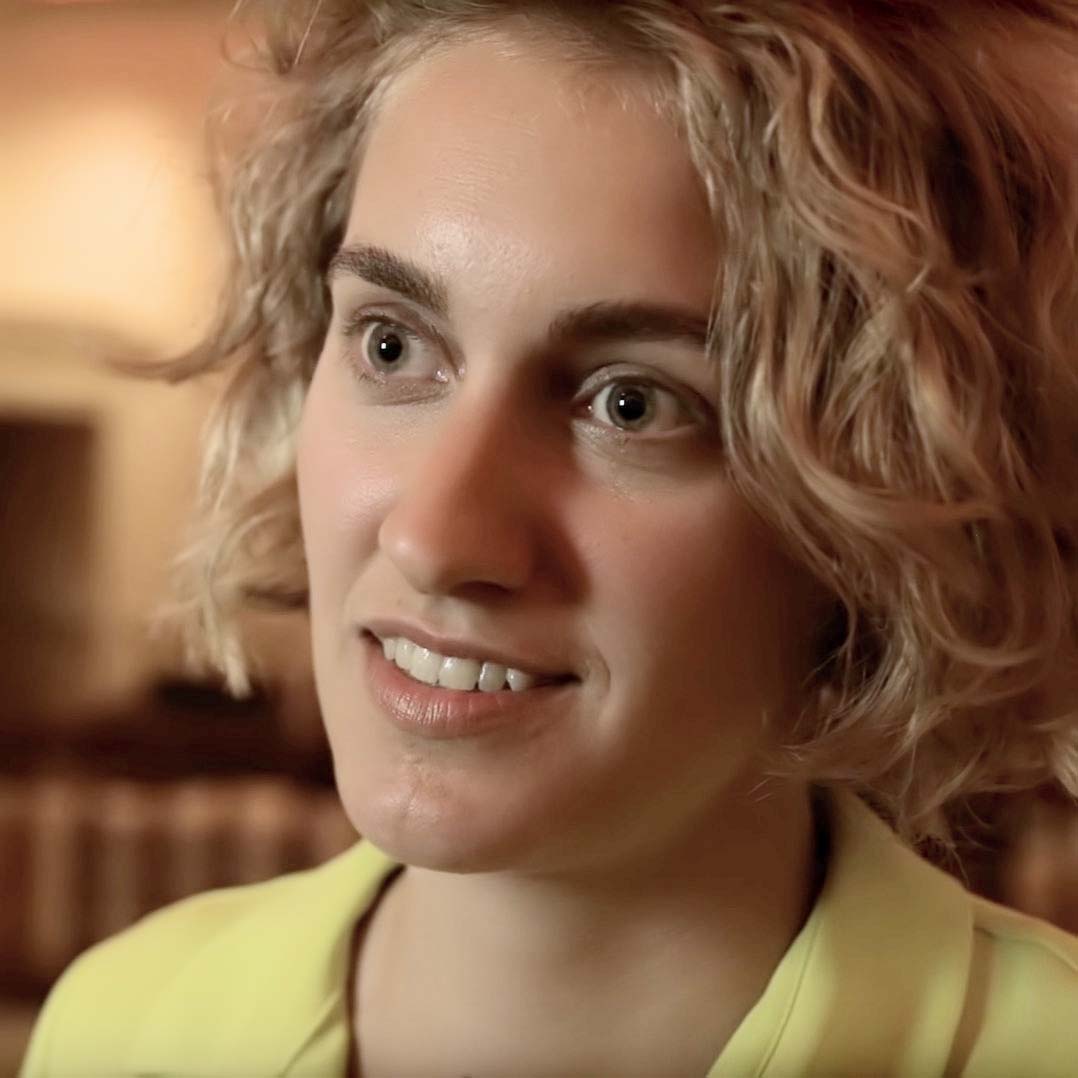 According to Flavia Kleiner, “To tackle right-wing populism, you have to dispense with peevishness and be very much on the offensive – you must lead the narrative.”

They avoided speaking about foreigners and criminality. Instead, they set the tone of the debate by speaking out about the rule of law and how important it is that everyone be equal before it.

“We moved the political battlefield and forced our adversaries to meet us there,” Kleiner adds. “We deliberately argued in a patriotic way, repeatedly referring to the constitution as a pillar of our liberal democracy. In this way, we removed the right-wing populists’ ability to dictate what ‘their’ referendum was about and demonstrated that the changes being considered would affect everyone, not just ‘criminal foreigners’ – as the populists put it.”

And they deployed a measure of good humour and fun to boot. They presented as what they are: not po-faced woolly liberals or far left zealots, but rational, empathic and concerned citizens. It worked.

So, there is, it seems, more than one way to skin the wolf.

Read more by The Hog here.

Is the UK Government Using The Music Industry As a Bargaining Chip Against The EU?
The Hog: Climate Change – The End Really Is Nigh
The Eu And The UK Agree Brexit Trade Deal
Covid-19: The UK Is The Worst Hit In Europe and Boris Johnson’s Government Is Responsible
Labour Party MP Conor McGinn talks Sinn Féin, border polls, Brexit and why he was ready to quit politics
EU touring artists will need visas to perform in the UK beginning in 2021