The band's fifth album It's a Shame About Ray turns 30 this year.

The Lemonheads have added a Belfast show on September 25 to their upcoming 'It’s A Shame About Ray anniversary Tour'.

The American alternative rock band is set to perform to crowds around the UK and Ireland in September and October. Evan Dando will be taking the current lineup of the band on the road to play their fifth album It's a Shame About Ray, which turns 30 this year, in its entirety. 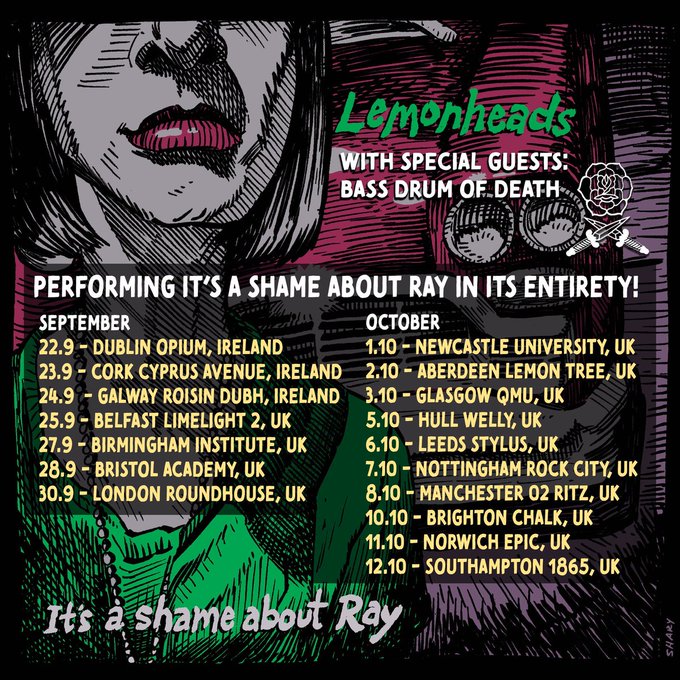 The 'It’s A Shame About Ray anniversary Tour' opens at Opium in Dublin on September 22, with shows in Cork and Galway taking place on September 23 and 24. The Lemonheads will go on to play 13 concerts in the UK until their final gig in Southampton on October 12.

Bass Drum of Death, the American garage punk band from Oxford, Mississippi, have been confirmed as the supporting act.

Earlier this year, the group released a deluxe 30th anniversary edition of It's A Shame About Ray via Fire.

It features a bonus disc with b-sides, demos and radio sessions, including their hit cover of Simon & Garfunkel's 'Mrs Robinson', as well as new liner notes and unseen photos.

The Belfast show will take place at Limelight 2 on Sunday, September 25. Doors open at 7PM. Over 18s/ID required. Tickets go on sale Wednesday, July 13 at 10AM via ticketmaster.ie