The late Foo Fighters' drummer is remembered by his son in Laguna Beach Block Party performance.

Oliver Shane Hawkins, son of the late Taylor Hawkins, joined The Alive! on the drums to honour his father with a cover of Foo Fighters' song 'My Hero'. The performance took place at a Laguna Beach block party over the Fourth of July weekend in California.

Taylor Hawkins, drummer for the Foo Fighters, died earlier this year in March wile the Foo Fighters were on tour in Colombia. Oliver, currently 16 years-old, has performed live before including the time he joined his father and Dave Grohl for a cover of The Rolling Stones’ “Miss You” when he was just 11 years old. 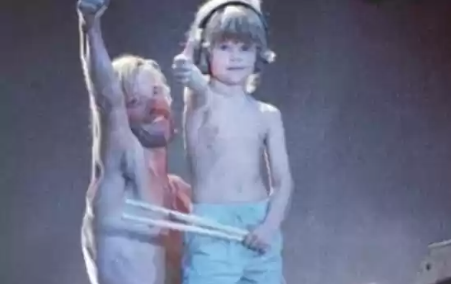 The Alive! are a young, three-person California based band that started in 2018. The heavy rock group has previously opened for Taylor Hawkins cover band, Chevy Metal, and for the Foo Fighters themselves at Lollapalooza Chile right before the drummers death. They've released three singles since 2021 with their most recent being 'THE TIME'.

For those who haven't done a deep dive into the Foo Fighters' origins, the band formed in Seattle, Washington in 1994. Originally it was a one man endeavour spearheaded by former Nirvana drummer Dave Grohl. Over the years, the band members came and went before finally settling with Grohl, Nate Mendel, Chris Shiflett, and Hawkins in 1999. During their time together, the American rock band won 15 Grammys, the first-ever Global Icon award, and have been inducted into the Rock and Roll Hall of Fame.

As of right now, there is no news about a potential Hawkins replacement long-term. But 12 year-old drummer Nandi Bushell is set to join the Foo Fighters for the upcoming tribute concert in Hawkins' honour. There will be two tribute concerts later this year: one in London at Wembley Stadium on September 3rd, one in Los Angeles on September 27th. A myriad of artists are set to join in the events including Liam Gallagher, Miley Cyrus, Joan Jett, Alanis Morissette, Pink, and many more.

The Foo Fighters together with the family of Taylor Hawkins present The Taylor Hawkins Tribute Concerts
Beth Orton announces first album with Partisan Records, Weather Alive, and shares new single
Graham Hopkins on Taylor Hawkins: "I knew him before he was playing with Alanis Morissette, so I probably saw him with different eyes than a lot of people"