Coming up this December, the group will play Other Voices in Dingle and Dublin's Workman's Club.

Pretty Happy have just shared the video for their new track 'Boots', from their debut EP Echo Boy, released today via Foggy Notions. The video was produced by Pretty Happy themselves, the Cork "3-piece sister-brother-best friend" band.

The video stars actor Niamh Santry in Poc ar Buile pub in County Cork. "It's the final straw for someone feeling unsafe in their local pub. The main character, symbolising a new Ireland, screams for her belonging in a place she should have already felt at home," guitarist and vocalist Abbey Blake said of the video.

'Boots' has already been picked up by various radio stations, including Radio 1, 6Music, and BBC Radio 1 which chose it as track of the day on the Future Artists show. "DIY rock that will rip you in half, they have no intention of being polite... You might feel a bit possessed after it," said host Jack Saunders.

The EP Echo Boy, produced by John 'Spud' Murphy, references the Echo Boy statue in Cork City by sculptor Barry Maloney, which commemorates the paperboy street sellers of the Evening Echo newspaper. The statue can be seen on the cover art. 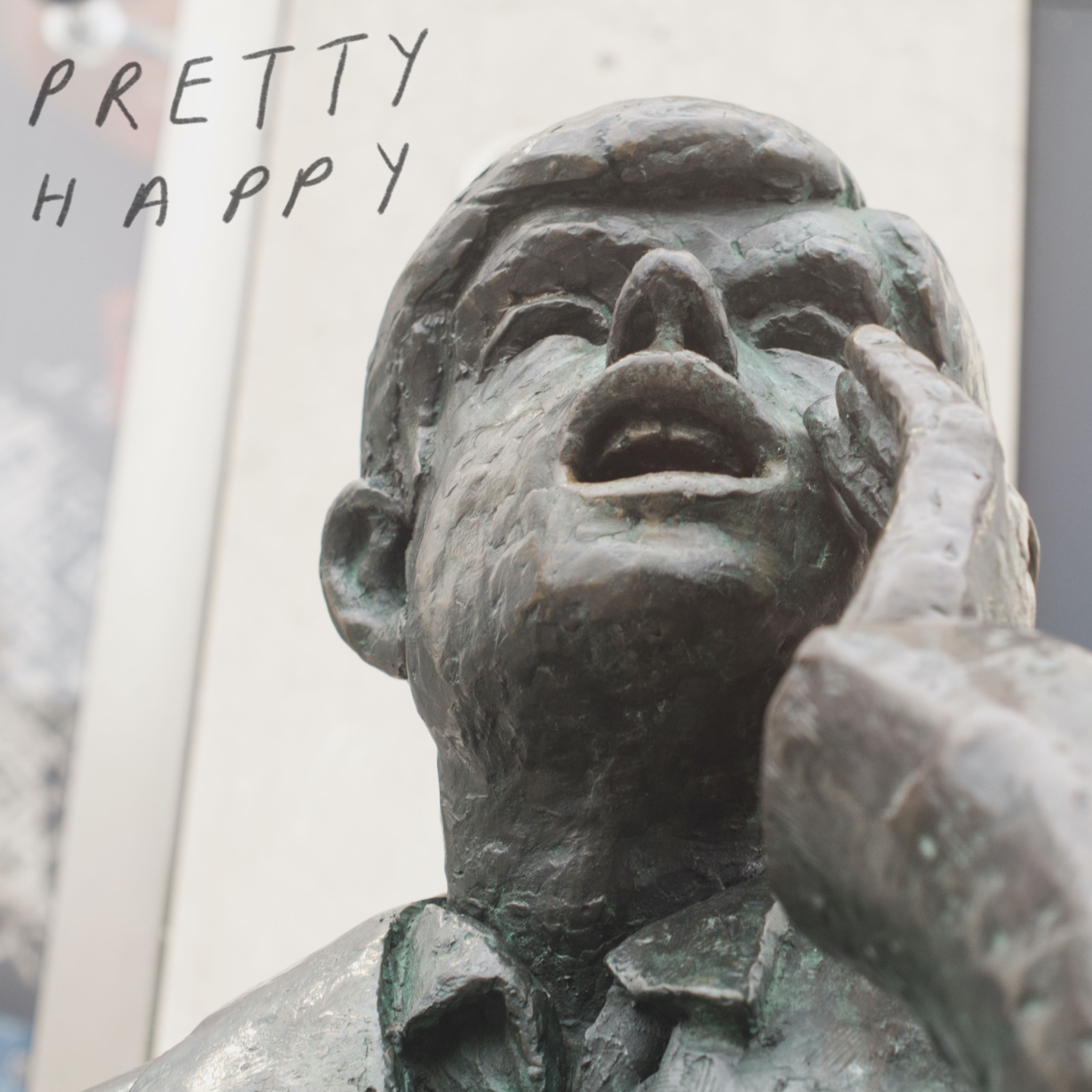 Last summer, Pretty Happy supported the iconic Kim Gordon of Sonic Youth across Europe and the UK, and made various festival appearances including Primavera Sound in Barcelona, Raw Power weekender in London, All Together Now, Electric Picnic, and Other Voices in Cork.

Catch them performing at Other Voices in Dingle and Dublin's Workman's Club next month.

Watch the 'Boots' video below:

Listen to Echo Boy below: