'Himnusz' was commissioned and curated by Wicklow Arts Office with the support of the Local Live Performance Scheme.

The award-winning collective are treating audiences with a beautiful performance of Miklos Lukacs' 'Himnusz' (Hymn in Hungarian).

The film arrives hot on the heels of the gorgeous premiere of CV Lunny's composition Currents, delivered from Wicklow's Poulaphouca Dam by quartet of supremely talented musicians. Lunny is also a member of the Yurodny Ensemble.

The second film was directed by Elton Mullally for SoFFt Productions and filmed back in January this year. The clip is set in the lavish surroundings of Russborough House, near the Poulaphouca reservoir. 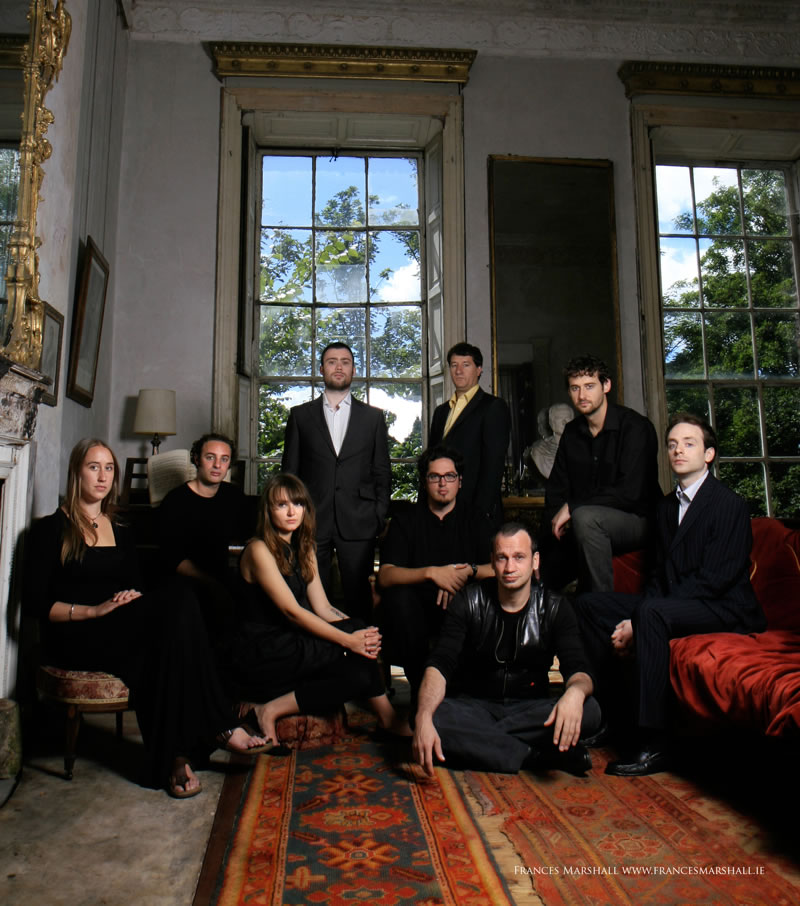 The Yurodny Ensemble by Frances Marshall.

Founded in 2007 by saxophonist and composer Nick Roth, the Yurodny Ensemble perform contemporary interpretations of traditional music from around the world, alongside new work by composers inspired by these traditions.

In 2013, the Yurodny Ensemble received the EU Presidency Award from Culture Ireland, as part of an international programme celebrating Ireland’s tenure of the Presidency of the Council of the European Union. This included headlining performances at the Songlines Encounters Festival in Kings Place, London, and a Scandinavian tour of the ground-breaking Yurodny SciLens programme.

2016 saw performances at the Paris International Beckett Festival, the premiere of a new staged work Sailing to Byzantium by renowned Turkish composer Onur Turkmen at the Ankara International Festival, and the release of their long-awaited third Diatribe Records album, Haivka, which features collaborations with leading Ukrainian electroacoustic composer Alla Zagaykevych and a vocal ensemble from the Carpathian mountains.

Miklos Lukacs is a close collaborator with Yurodny Ensemble, with whom they recorded 'Evenset' and played in Budapest with his trio Czimbiosis.

'Himnusz' was commissioned and curated by Wicklow Arts Office with the support of the Local Live Performance Scheme.

Watch the Yurodny Ensemble's enchanting performance below, via the Hot Press YouTube channel.