The alternative act released his self-produced album Plaza via Frictionless Music in February. The 10 tracks of bewitching shoegaze and captivating slacker rock were all crafted by the multi-talented musician, paving the way for new single 'My My Honey'.

The prolific musician blasts open the track with trad instrumentation and a snarling guitar line that doesn't overshadow Southern's rock-fuelled vocals. "I feel a cinematic way for you," he declares. The fiery anthem possesses hints of indie-rock bangers by Oasis and Radiohead with a totally unique, contemporary feel.

Speaking about the inspiration behind the track, Thom describes his move from Liverpool to Spain and the sparks of creativity the change provided.

“In the autumn of 2021 my apartment lease in Liverpool was coming to an end and I knew a woman from previous trips there who rented out apartments just outside the centre of Malaga in a place called Pedregalejo. I decided to head out there and rent a place for four months and bring all my recording equipment and instruments. It might not be noticeable but I can feel a sense of my time in Spain within the performance and production.

"When I got back to Belfast I had this kind of eureka moment to find an Irish Uilleann pipes player to record some parts for the song," Southern continues. "It completely transformed it and ended up becoming the main hook in the production. I’m a big fan of blues music with Robert Johnston being one of my main inspirations in that genre. I’ve always been fascinated by the myth of Robert Johnston disappearing for a few weeks, going to a Mississippi crossroads of Highways 49 and 61 where he sold his soul to the devil to become a blues master." 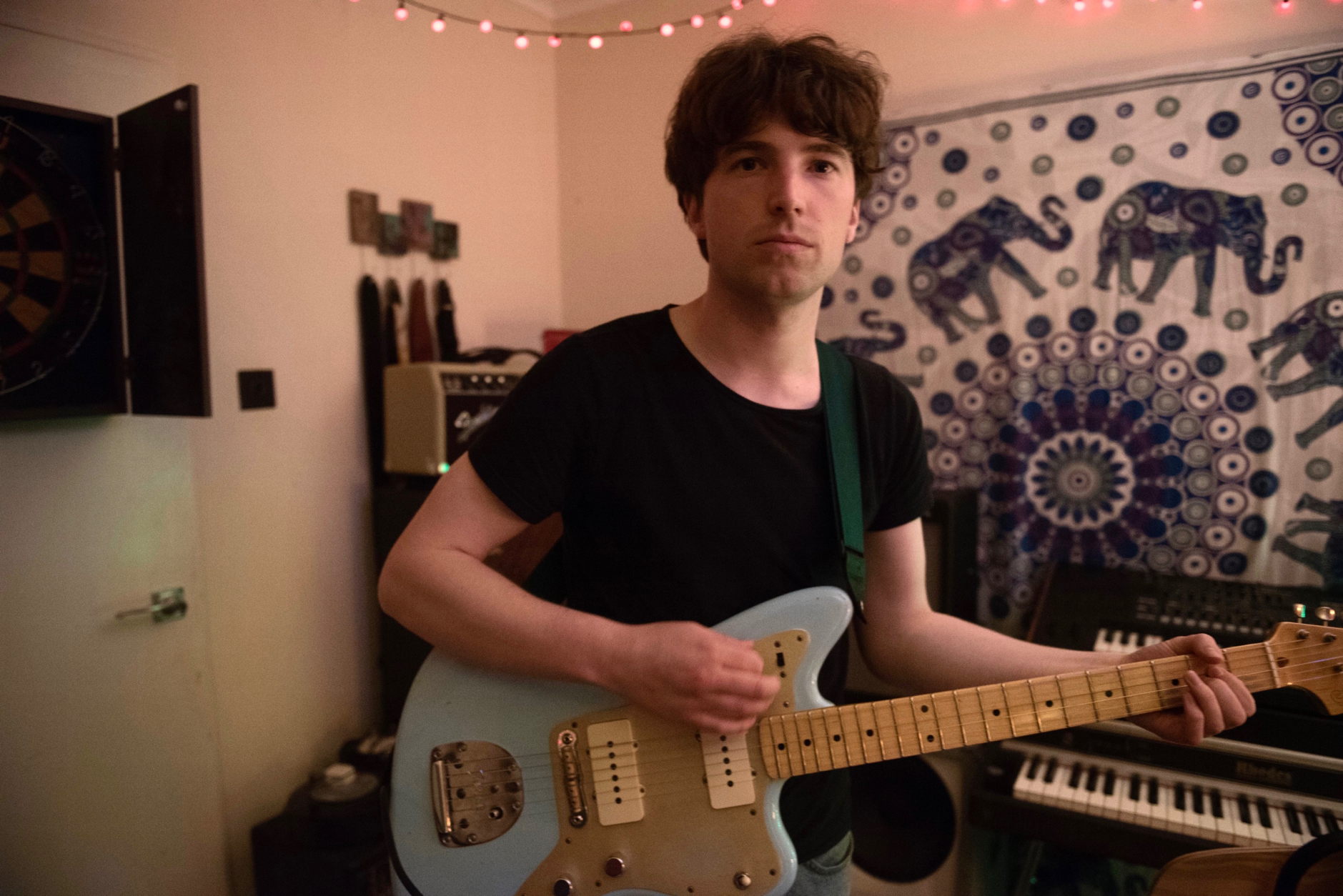 The music of Tenacious D also played a role.

"On top of this inspiration, I grew up being obsessed with the story about the plectrum (made from a piece of the Devil’s tooth) in the Pick Of Destiny movie being the reason so many great musicians including Robert Johnston were so gifted. ‘My My Honey’ is a nod to these stories putting myself into a hypothetical scenario where I have exchanged my soul to become musically talented and successful.”

The stunning video, premiered below, features self-directed DIY shots with help from a friend. Using fire as a way to express an otherworldly alter ego, the cinematic clip parallel with the song's lyrics perfectly.

"The music video for ‘My My Honey’ was directed by me and my videographer friend Paul Elliott who filmed/edited it too," Thom explains to Hot Press.

"I’ve known Paul for a really long time and we’ve been loving working together again on my videos this year. There’s something truly freeing about making your own videos with one camera, just you and your mate having a laugh. I’m such a big fan of home made DIY videos.

"The lyrics of the song are a nod to the old myth about the blues musician Robert Johnston selling his soul to the devil to become a blues master so I wanted my video to have a simple spiritual hazy feel where I see my alter ego soul inside the fire performing the song in another world. I also love how it turned out featuring my friend Aaron O’Hagan, a genius Irish traditional Uilleann pipes player who’s also performing on the recording too. The way it turned out it almost feels like Aaron is some sort of spirit and I’ve sold my soul to him in return for the song and the jam, it’s great."

Thom initially rose to prominence as one half of sibling duo MMODE, alongside his sister Lucy Gaffney. The pair shared stages with the likes of Bill Ryder-Jones, The Coral, Jake Bugg, Bastille, Hudson Taylor, Catfish & The Bottlemen and The Kooks.

As a 16-year-old, Southern began gaining an audience after busking in Belfast city centre. He later teamed up with his sister Lucy and signed to Marathon Artists in 2012.

Thom decided to focus on recording his own work, starting this new spell by spending two weeks away in Ibiza collaborating on a separate side project with legendary producer Tom Rothrock, famous for producing Beck's hit record Loser, albums by Elliott Smith, Foo Fighters, and the original soundtracks for Good Will Hunting and Collateral. His debut release ‘Shivers’ is a home recording that was co-produced with iconic Grammy winning producer Adrian Bushby.

Catch Thom Southern at the Deer's Head, Belfast on October 21 with Lauren Ann and Heart Shaped - plus Whelan's (Upstairs) in Dublin on October 22nd.

Watch the video for 'My My Honey' below, premiered by Hot Press.

The Last Of Us: A compelling and often exhilarating apocalyptic thriller
5 Reasons To Watch M. Night Shyamalan’s Knock At The Cabin
Ye Vagabonds and Tiny Ark premiering new film Nine Waves next month