The Ramona Flowers' new single 'Up All Night' will soundtrack the official trailer for Vodafone 5G launch in Italy.

Bristol indie rockers The Ramona Flowers have unveiled the racecar-themed visuals for their latest single, 'Up All Night' featuring the one and only guitar legend Nile Rodgers - premiered below by Hot Press.

The quartet tapped Vaughan Arnell, who has worked with the likes of George Michael, Robbie Williams and Pet Shop Boys, to direct the thrilling clip. The video sees the band intersperse vintage snippets of toy cars and Formula 1 racing with present day driving stints - featuring the lads themselves. It's visually vibrant, and works perfectly with the pace of 'Up All Night' as a tune. The inspiration was dreamed up while the Ramona Flowers - composed of Steve Bird, Sam Dyson, Dave Betts and Ed Gallimore - visited Ireland.

Speaking about the idea behind the video, drummer Ed Gallimore tells Hot Press: “The concept for this came about whilst travelling to Ireland to finish off the album. It was actually our recording engineer Drew that had the initial idea and very quickly we were all onboard. It was pretty ambitious and we weren’t entirely sure how to pull it off. Luckily Vaughan Arnell totally understood the concept and knew exactly how to bring the vision for the video to life."

"The shoot itself was an absolute dream day!" Ed exclaims. "To spend 18 hours around those unbelievable machines was truly incredible. The GT40 has always been a favourite of mine and for the guys to bring their prized motors for us to play in was really amazing. The end result speaks for itself despite our suspect ‘acting’...We are really proud of the video and thankful to all the amazing people involved in bringing it to life. It’s definitely the best we’ve ever produced and it will be an experience none of us will ever forget.” 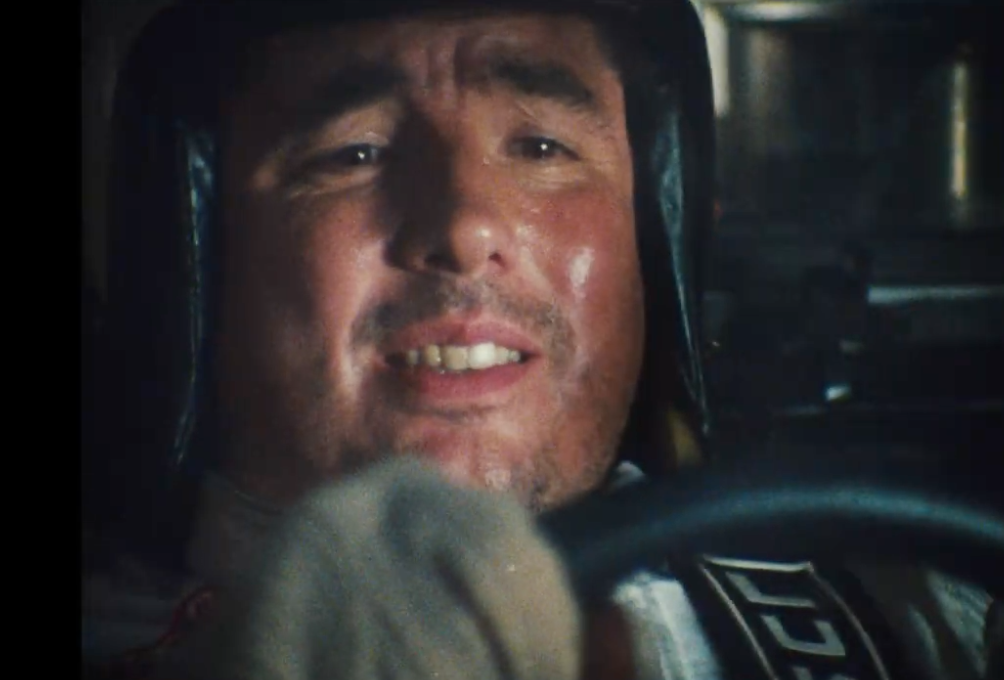 The band have toured with Bastille (their first-ever support act), Stereophonics and U2 (Bono is a huge fan). They're also signed to Distiller, managed by Dave Bianchi (Charli XCX, The Libertines, Tom Grennan, Ashnikko) and have worked with producer Dimitri Tikovoi (Placebo, The Horrors, Charli XCX) on their new album. They released their debut LP Dismantle and Rebuild back in 2014, followed by Part-Time Spies in 2016 and Strangers in 2018.

For those who have lived under a cinematic rock, Ramona Flowers is the name of the lead girl with the supercharged, seven evil exes in the movie Scott Pilgrim vs The World. Marking the band’s first official release in three years, ‘Up All Night’ is an up-tempo anthem further elevated by music legend Nile Rodgers who lays down one of his trademark funk guitar licks on the single.

“Essentially, it’s a song about my love of a good party and the fact I seem to somehow always be the last one to want to leave. Have there been occasions where I should have gone home for an early night? Absolutely! But that’s just not in my make up and life’s too short to worry about tomorrow too much,” says vocalist, Steve Bird.

“Dave and Sam started putting different guitar tracks down, one was labelled ‘Nile’ as it was reminiscent of that classic Nile Rodgers guitar sound. We managed to get the song over to Nile to see if he wanted to play it for himself. He got back to us saying he loved the track and would love to do it! So unbelievably, that guitar track actually became the real Nile Rodgers guitar track.”

On the collaboration, Nile Rodgers said: “It’s possible that I’ve made more music during the pandemic than at any other time in my life and almost all of it remotely. In the early dark days of this crisis this song made me feel good and put a smile on my face so when the band asked me to play and produce on it, it was a delight to say yes.”

Check out the nostalgic video, directed by Vaughan Arnell, below:

Quotes of the Year: The best of what musicians had to say in 2019
Indiependence announces green initiative ahead of upcoming festival
Bastille to play an intimate show at the Olympia
Bono to discuss new memoir at Cheltenham's 2022 Literature Festival
David Bowie has been named UK's most influential artist of past 50 years
WATCH: Jason Derulo, Louis Theroux, Amelia Dimoldenberg, and Duke & Jones release official music video for 'Jiggle Jiggle' remix