Oxfam reports that Ireland has the 5th largest number of billionaires per capita in the world
By: Tanis Smither

In a damning new report by Oxfam International, the organisation has detailed sobering facts about the world's inequality crisis. 'Time To Care' aims to present the global economic disparity in a way that is comprehensible to the layperson.

The report shows that Ireland has a disproportionately large number of billionaires (17 in the country) per capita. Obviously, this shows that Ireland's economy is reflective of a global trend of wealth inequality. Another fact from the report states that "the world's billionaires, only 2, 153 people, have more wealth than 4.6 billion people." When looking at the two statistics in tandem, it is hard not to see this as further proof that major issues of inequality (like Ireland's homelessness crisis) are more easily solved than our governments would have us believe. 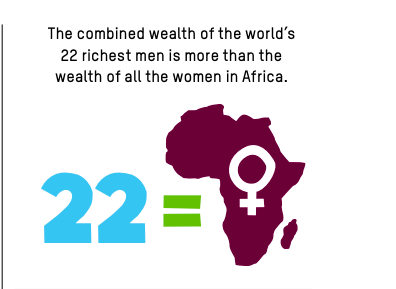 Statistic from the 2019 report summary by Oxfam International

Ireland comes in just behind Hong Kong, Cyprus, Switzerland and Singapore for its issues of wealth inequality. A solution, according to Oxfam, would be to tax the richest 1% an extra 0.5% of their wealth over the next 10 years. This would be "equal to investments needed to create 117 million jobs in education, health and elderly care and other sectors, and to close care deficits."

BBC NI to air Borders documentary featuring Elma Orkestra
The Text Is Dead: The Voice Memo Is Yer Only Man
The Whole Hog: Towards a Consultive Democracy

Live Report: Booka Brass, Tebi Rex, Jess Kavanagh and more celebrate Mardi Gras in style at Hot Press & Southern Comfort's Carnival Spirit
Watch: Marcus releases cinematic video for debut single 'Obey'
Tom Jones adds a Dublin date to his upcoming tour
Interview: Daniel F. Holmes discusses his documentary about the Irish Homeless Street Leagues
"It’s not just some drug memoir. There’s so much else going on." - Rob Doyle discusses novel Threshold, drugs, politics and more
Roxane Gay and more react to Harvey Weinstein verdict
We use cookies to ensure you get the best experience on our web site - by using this web site you consent to our use of cookies. Read more »