The 35-year-old British-American musician allegedly told an intimate French crowd that he will be releasing new music as a solo act in the near future.

The singer has shared some behind-the-scene studio clips recently, documenting his work on a solo project. According to Page Six, during a performance at a Spotify event (part of Cannes Lions International Festival Of Creativity 2022), the singer confirmed the news.

The report said the 'Little Lion Man' singer told the intimate audience on the French Riviera, that he was performing new material for the first time and that it would soon be streaming on Spotify.

The California native found himself and his band enmeshed in controversy when banjoist Winston Marshall quit Mumford and Sons to allow himself to share his own political views. The 2021 decision came after Marshall was under-fire for praising a book by far-right US journalist Andy Ngo, titled Unmasked: Inside Antifa’s Radical Plan To Destroy Democracy.

The banjoist put out a statement, explaining his decision to leave the group because he felt having to "self-censor" would erode his "sense of integrity."

"For me to speak about what I’ve learnt to be such a controversial issue will inevitably bring my bandmates more trouble," Marshall detailed. "My love, loyalty and accountability to them cannot permit that. I could remain and continue to self-censor but it will erode my sense of integrity. Gnaw my conscience. I’ve already felt that beginning." 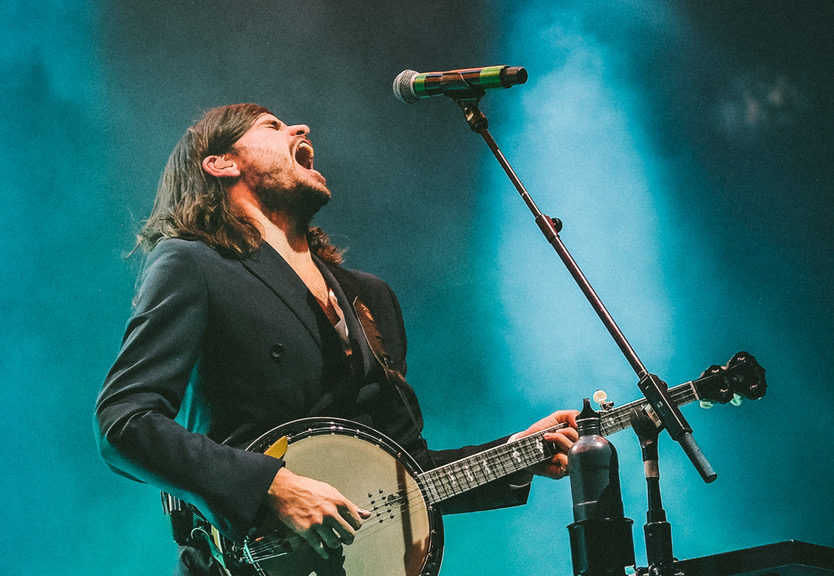 This news comes as Marcus was added to the iHeartRadio Music Festival lineup as a solo act just last week.