The Lumineers deliver a spirited performance at the 3Arena, alongside supporting act Gregory Alan Isakov.

It might seem against The Lumineers ethos to perform a stadium. Their brand of warm, folk-pop seems more suited to an intimate pub stage — a combination of upright bass, fiddle and tambourine belonging to a local crowd in the American West.

As the Colorado band have rocketed to stardom, an arena is now necessary to pack in the fans. Faced with this, The Lumineers did what they do best: they put on a show that transports their audience to faraway places. 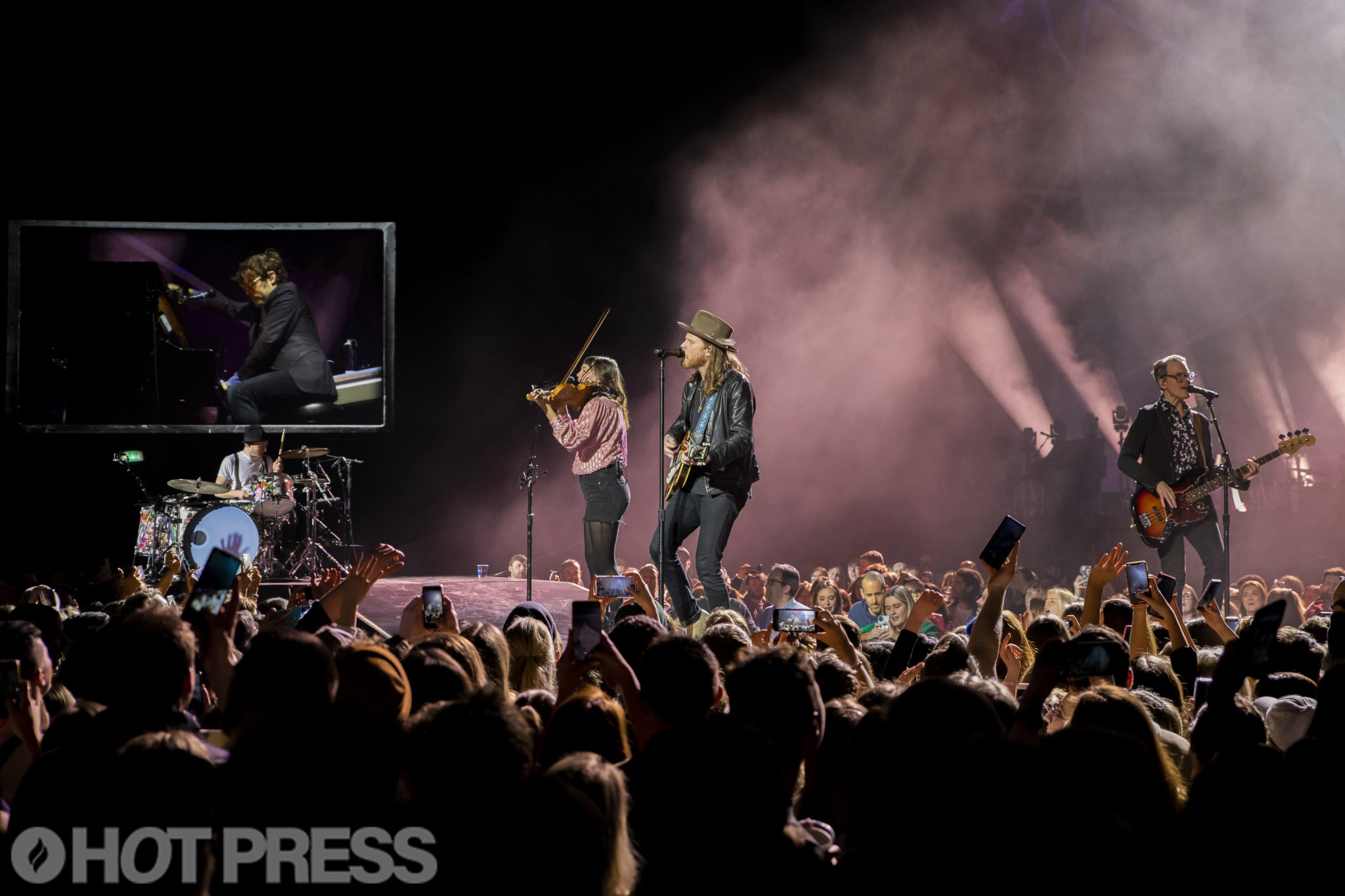 From the first, soulful notes of opener Gregory Alan Isakov, the space was transformed. The backdrop, a large black curtain with superimposed roving lights, gave the performance a sense of grandeur — Isakov's smooth, resonate vocals lifting up into the very back rows of the arena. All at once, the sizeable venue seemed to shrink. A sense of quiet, serene intimacy settled over the crowd like a warm blanket.

When The Lumineers arrived, that feeling increased tenfold. After a brief moment of confusion, when they blasted 'Desperado' by Rihanna, the band rose out of the stage and greeted their audience. Kicking off the show with the title track of their latest album 'BRIGHTSIDE,' it was immediately clear why the group has garnered such a following. 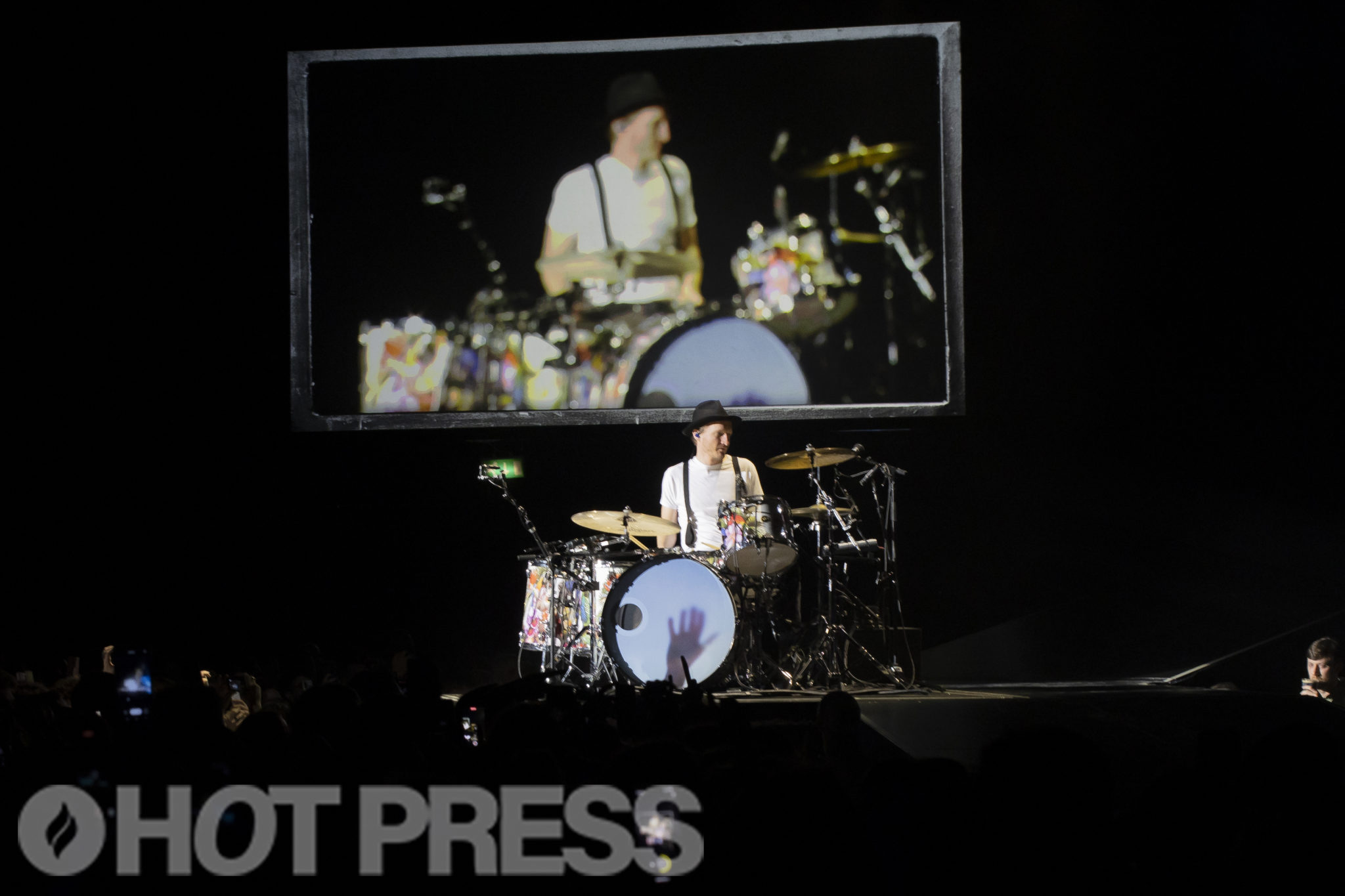 The combination of piano, violin, tambourine and raspy vocals from lead singer Wesley Shultz bloomed into that classic folk Americana sound. Shultz sang with his whole chest — and the crowd did the same, lyrics bouncing off the walls and filling the space with sound.

This phenomenon was never more apparent than during their second song, 'Cleopatra.' In the time-honoured tradition of folk music, the recital seemed almost collaborative — as if the 13,000 people in attendance were joining the band for the performance. Filled with impressive guitar solos and achingly beautiful violin, the track rippled its way through the  audience.

The Lumineers seem to have an iconic tune from each one of their eras — whether it's the meandering but ultimately touching track 'Ho Hey' from their debut LP, or the fast-paced 'Ophelia' from Cleopatra. Despite The Lumineers being released in 2012, everyone at the 3Arena knew each and every word. The folk-rockers haven't lost any relevance in the last ten years. 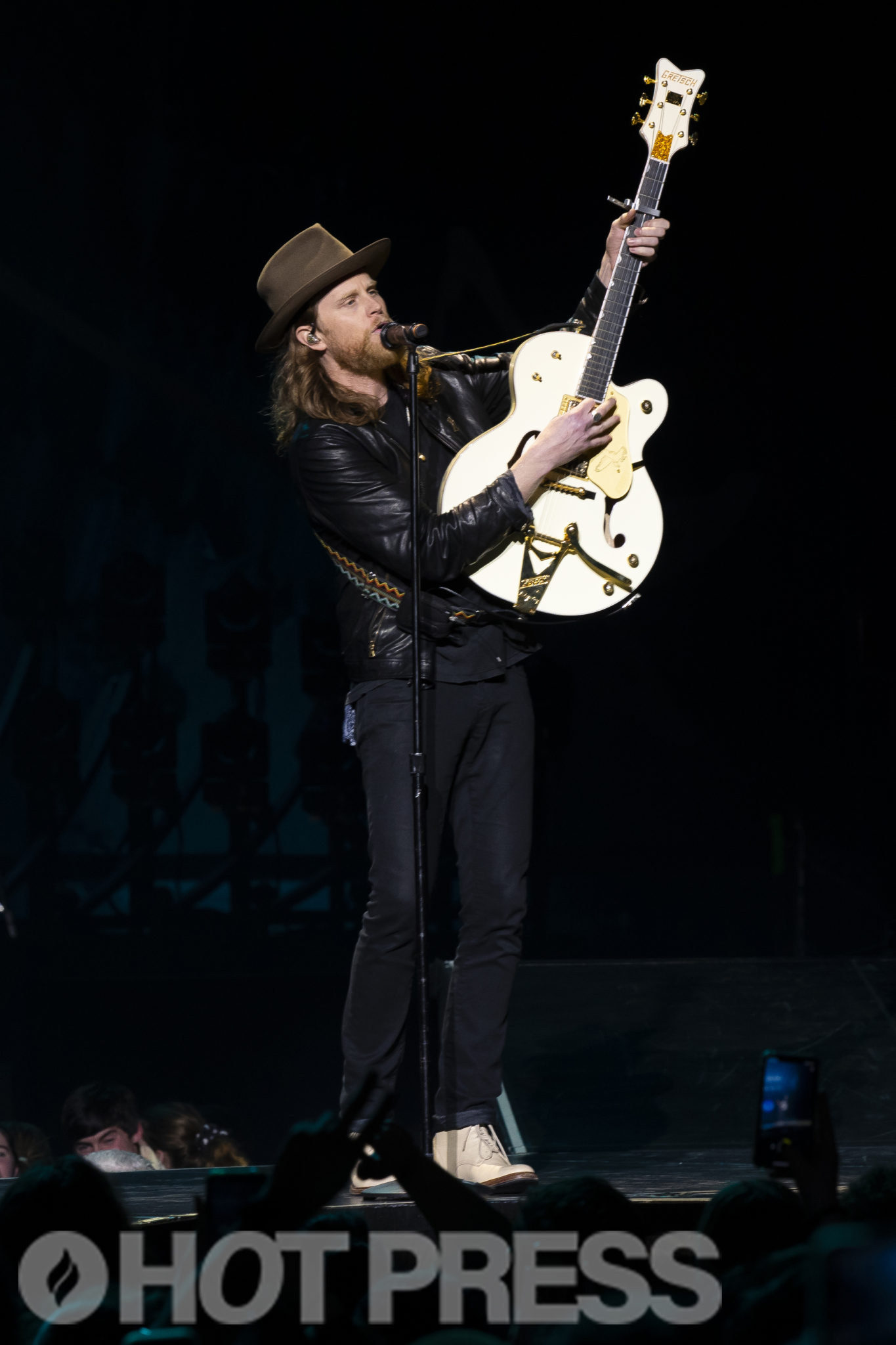 At several points throughout the performance, Shultz would pause to explain the inspiration behind tracks, offering thanks and telling personal anecdotes.

"I’ve been to a fair few award ceremonies where somebody comes up and accepts an award and says 'this is so humbling.' I think that’s bullshit," he explained as an intro to their rendition of 'Big Shot.' "What’s truly humbling is this past couple of years, of having everything and it being taken away. That’s what this song is about."

Whether it was watching co-founder Jeremiah Fraites play every instrument under the sun, the barefooted pianist hold a handstand for over thirty seconds, or the moving performance of 'Big Parade' with Gregory Alan Isakov, the band walked a fine-line between the serious and soulful, while still injecting their set with playful whimsy. At times touching and poignant, while other times borderline chaotic and spirited, the show had it all. 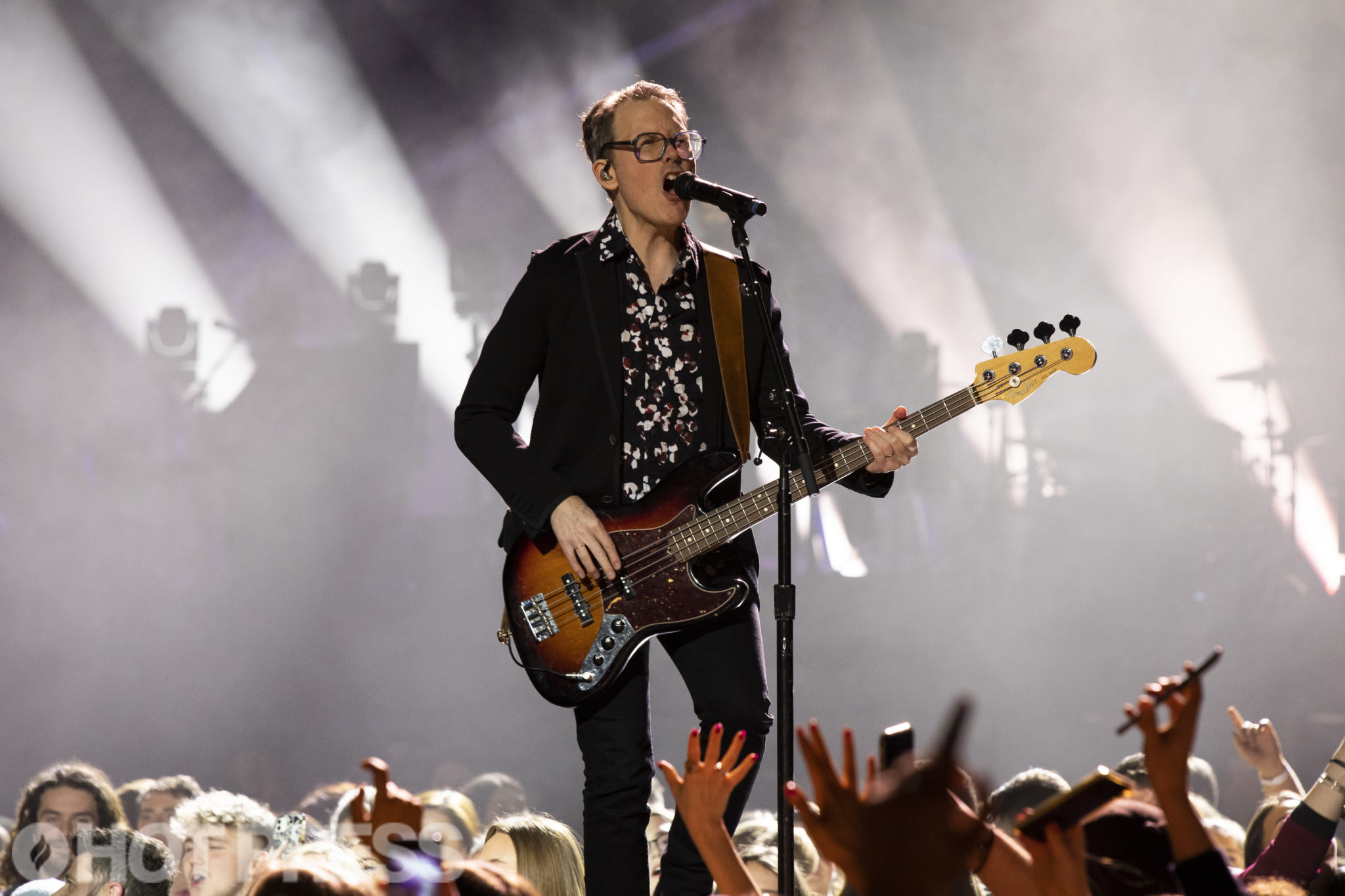 With a four-track encore, and finishing the concert off with Lumineers classic 'Stubborn Love,' it had to come to an end. Though in total they played 24 songs, the time whipped by — the two hours seemingly condensed into one blur of raspy, expressive folk. The show reaffirmed the Denver outfit's status as both a celebrated group and dynamic bunch of performers.

After the post-show haze had lifted, and the crowd slowly picked their way across the water-bottle littered floor of the 3Arena, it seemed as if everyone in attendance had a shared reverie. People talked in newly hushed tones, other's trading phone numbers with new friends. The Lumineers delivered connection when it was needed most.

Listen to BRIGHTSIDE, below.