One of the highlights of Dublin Fringe Fest 2021, 'Tonic' takes audiences on a journey to the end times... Photo: Jed Niezgoda.

The year is 2047, the earth has been scorched, the end is nigh, and The Amazing Calibri Triplet Family Band are having one epic argument.

The band's frontman, Cal Calibri (writer/composer Fionn Foley), is a boisterous singing salesman tasked with selling the crowd on a mysterious tonic (of the take-all-the-pain-away variety), manufactured by Big Scary Corporation Vultura. Cal and his mute, fiddle-playing sister Lar (Aoife Kelly) are giving a benefit concert sponsored by the company, which will hopefully culminate in the audience buying and taking the tonic, to live a happier life in the wake of the environmental destruction caused by the apocalypse. You know, your average Friday night at a family folk concert. 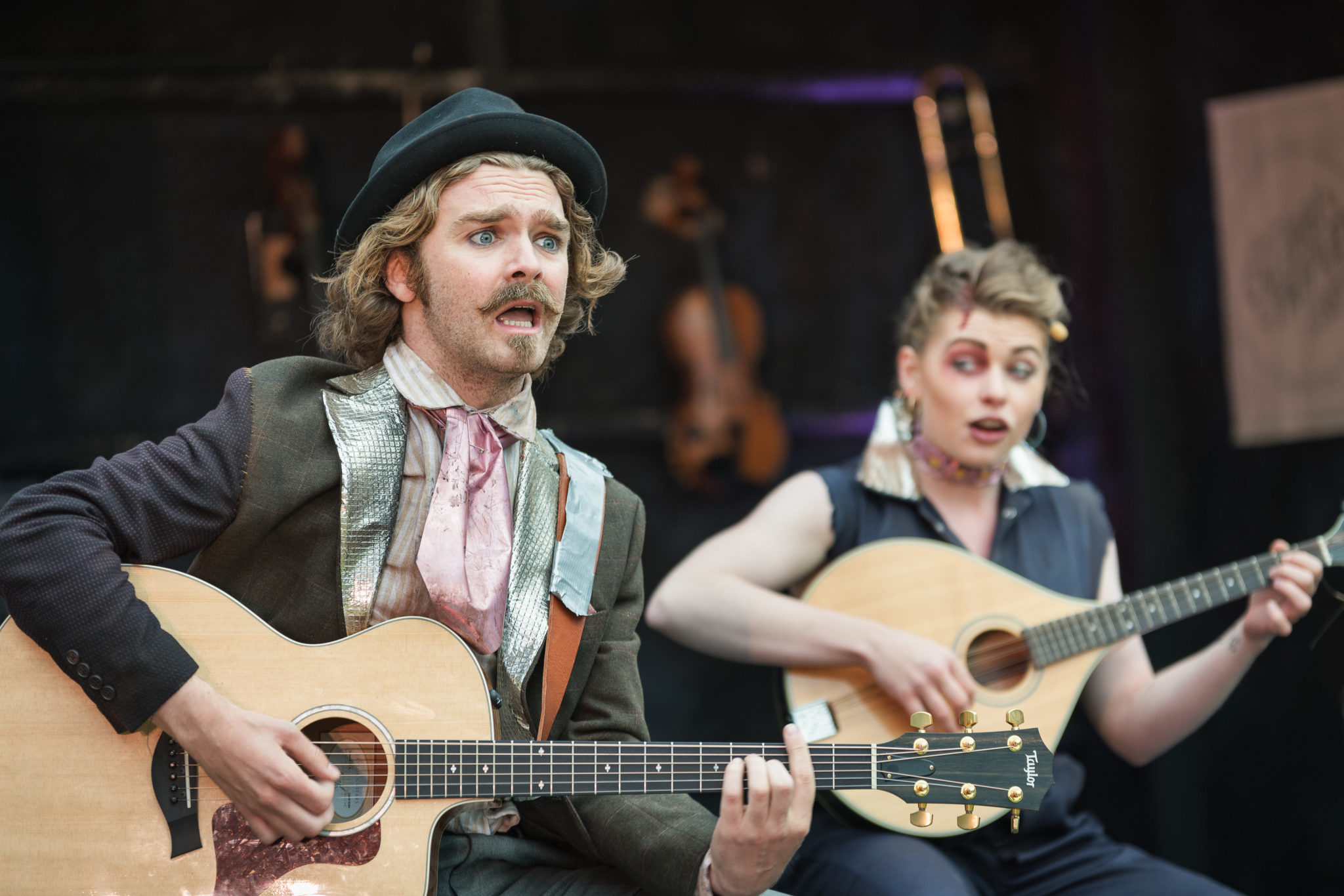 It's only with the arrival of Jude Calibri (played with fiery wit by Juliette Crosbie) that Cal's infuriating optimism in the face of the literal End Of Days starts to crack. The mounting, frenzied hysteria in Foley's performance is palpable. Cal is desperate to keep the charming facade intact — lest his audience get a whiff of something fishy and refuse the tonic, leaving him to play his music to nothing but the rubble of his former world. 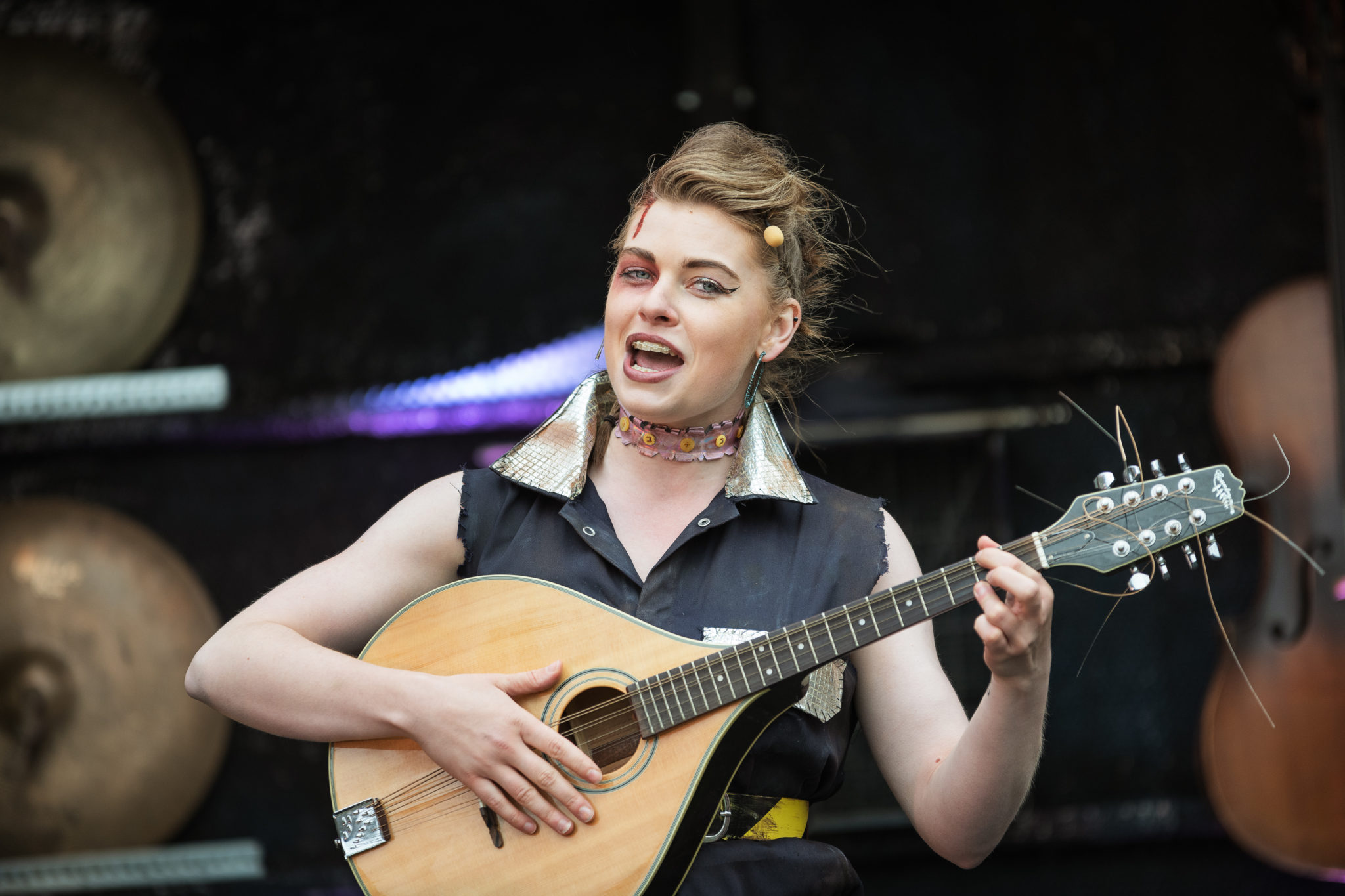 Director Ronan Phelan makes maximum use of the minimal stage space (the whole thing takes place inside a caravan, with instruments hung on the walls and tonic stacked to the tallest shelf). Foley is one of those actors who feels he hasn't done his job properly if he isn't out of breath by the curtain call. Having seen his hilarious one-man musical Brendan Galileo for Europe during the height of the pandemic, it seems his gymnastics throughout Tonic are a fixture of his performances. Rarely is he still throughout the entire 75-minute running time, but it fits the character so well that it seems impossible Foley could play it another way. Plus, it makes the quiet moments between the triplets all the more special. 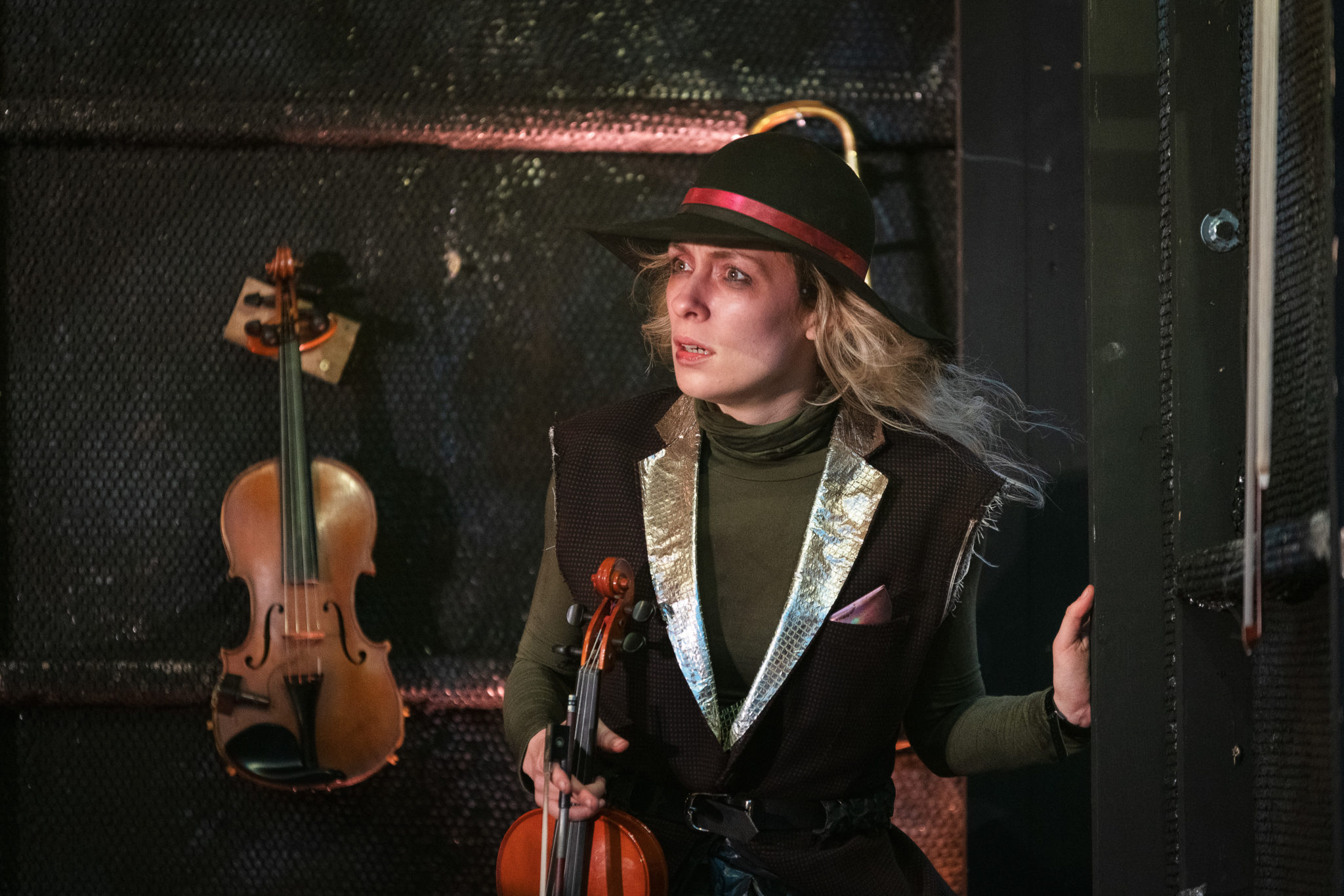 The music of Tonic is as much the star of the show as any of its three actors. Foley's lyrics are impossibly smart, commenting on real-world issues like late-stage capitalism, climate change and even the Covid-19 pandemic without sacrificing the heart and emotional depth that makes watching a musical an enjoyable way to spend an evening. Crosbie handles the material beautifully with a voice that is at turns powerful and delicate, and Aoife Kelly is an accomplished traditional musician who expertly cycles through the fiddle, cello, accordion, bells and flute. She receives a standing ovation by the end, without having uttered a single word. Ulimately, Tonic has proven to be exactly that — a tonic for dark times, a sharp laugh in the face of despair, and one of Dublin Fringe's highlights. Drink up.

How the West's attitude towards Africa has given Covid-19 the upper hand
100 Voices #AllAgainstRacism: Aghogho Sophie Okpara – "A multicultural Ireland won’t be embraced until people understand that integration and cultural assimilation are not the same thing"
Book Review: Harry Crosbie - Undernose Farm Revisited