Dream consists of variations of popsynth, darkwave, lofi and classical piano inspired pieces, putting Ben on the map as an eclectic Irish artist.

In a press release, Fraser explained his latest drop: "After six months of Dream and working on my next upcoming release, I wanted to give people a taste of what is to come next.

"I had made it my mission to immerse myself in new scenes in an attempt to get out there and diversify DREAM’s sound. Doing so I found amazing new artists and a newfound deepened passion to keep working on my sound.

"I often struggle with rhythm and vocal rhythm," Fraser adds. "With 'Crybaby' I wanted to break that pattern, much like in R. from Dream. Seeing artists such as Tadgh, Ahmed, With Love, KK Lewis, Bricknasty and Amy Michelle really opened my eyes to many different musical directions and flows and reminded me that the Irish music scene is, has and always will be full of hard-working talented individuals."

Before writing and developing his own musical narrative, Ben dominated the Irish metal scene with his powerful approach to vocal technique and iconic stage presence. From 2018 to 2020 the musician played alongside bands such as Deadlabel, This Place Hell, I Set My Friends on Fire, Neon Empire, Arkdown and Greyface. 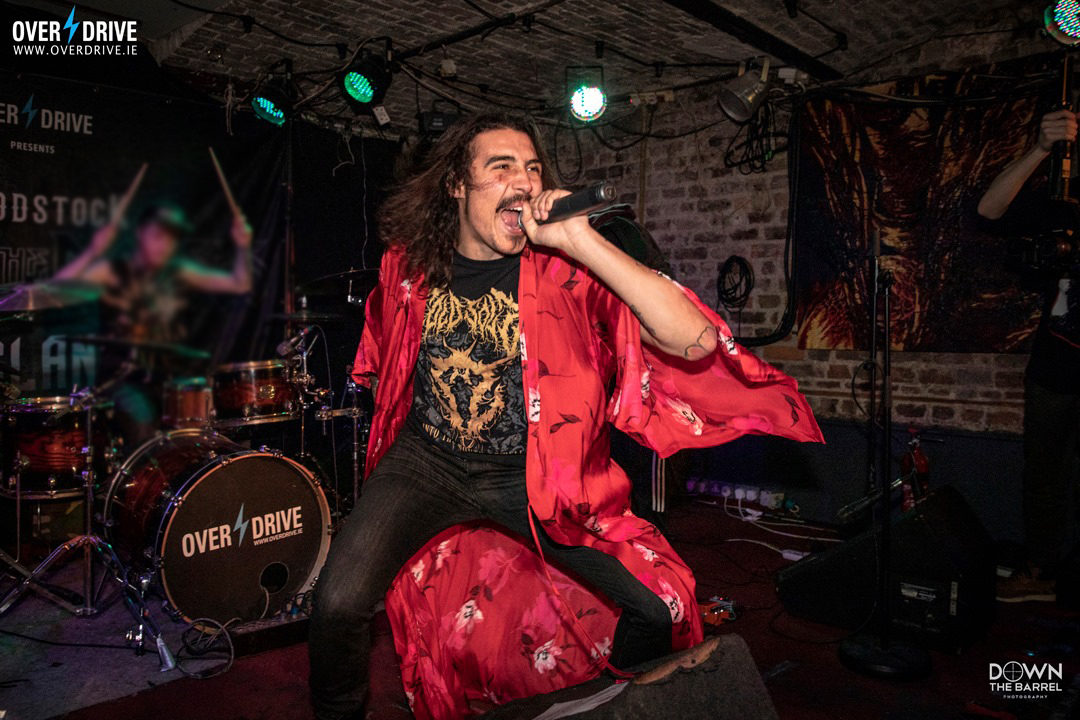 Benjamin Fraser/DREAM by Down the Barrell

Beyond Ireland, Ben was one of few lucky ones to be a part of the Nylist 666 project - putting him alongside a worldwide community of vocalists collaborating on one song. To this day, the track holds the record for most vocalists in one song.

Throughout the Covid-19 pandemic, Ben decided to work on a more personal project, and thus DREAM was born.

“Through the covid pandemic my struggle with derealisation became worse and the world was becoming more and more stagnant," the artist explained.

"As the world around me came to a standstill, I too stood in place. I would get caught up in daydreams and reality would start to feel more dull each day. 'Crybaby' alludes to my feelings of hopelessness and my experiences through the different stages of the pandemic and melds it with an angelic theme and references to Devilman Crybaby."

Check out 'Crybaby' below.