Electric Picnic Special - The Kooks: "Anyone that gets on a stage and chooses this as a lifestyle is connecting with something divine and beautiful"
The Kooks.

As The Kooks gear up to play Electric Picnic, guitarist Hugh Harris talks to Rhianne Kelly about noughties nostalgia, the revival of indie sleaze, Brexit, and why he’ll never stop touring.

Formed in 2004, The Kooks dominated the soundtrack of the mid-noughties, selling CDs like they were going out of style. Which, of course, they were - but the band’s collection of indie-pop bangers (such as ‘Naïve’ and ‘She Moves In Her Own Way’) have returned to the zeitgeist, and The Kooks continue to sell out live shows 18 years on.

Guitarist Hugh Harris was only 16 when they signed with Virgin Records. Now, with a number of chart-topping tunes and a quadruple-platinum album under his belt, he reminisces about the band’s era-defining sound, and having his parents sign his first record deal for him just three months after The Kooks’ formation.

“I was technically a child star. I mean, I should be absolutely psychologically screwed,” he laughs. “Maybe I am, and I’m just really good at hiding it – but I feel good. This has always been the path I wanted, and I will hold onto it as tightly as I possibly can for as long as I possibly can.” 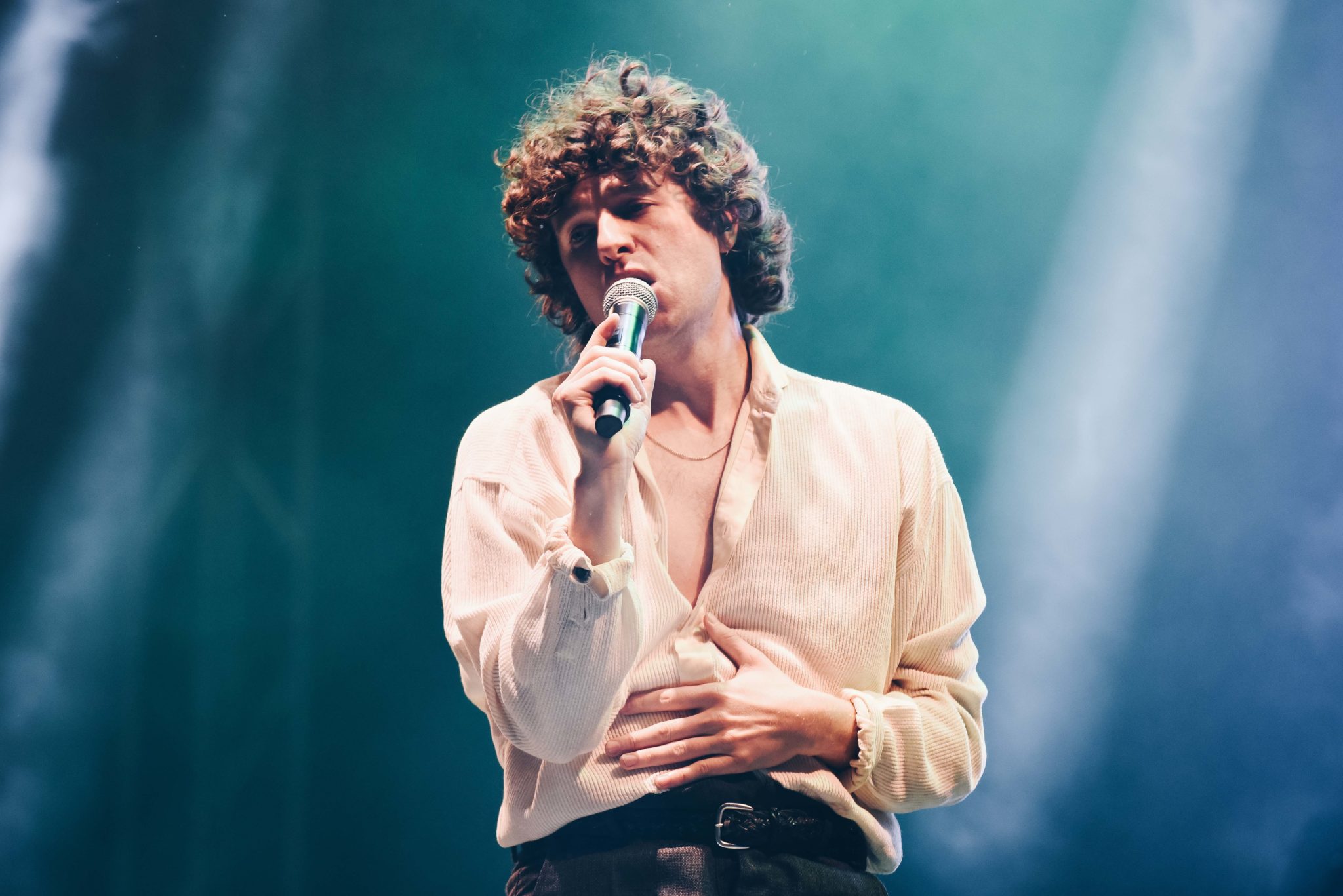 To say he’s succeeded would be an understatement. Following a 15th anniversary tour of their iconic debut album, Inside In/Inside Out last winter, and a slew of summer festival slots across the world, The Kooks return to Stradbally for Electric Picnic’s opening night. In a world of ever-accelerating trend cycles, maintaining a presence for as long as they have appears an almost impossible feat in 2022, but their continued success stems from a healthy balance of self-belief and humility, according to Harris.

“When people come and watch a band, they want to feel good,” he says. “They don’t want to be triggered by seeing a sinking ship on stage. They want to see something that’s buoyant – something that has self-belief. People look up to that, because we can have dreams, but it’s very easy to let them go. So it’s inspiring to see a group still together following their dreams and I think that really translates on stage.”

Digital streaming, smartphones, and social media may not have been around during the band’s formative years, but it is thanks to such platforms that The Kooks have become a modern pop phenomenon. Again. The ongoing, Tik Tok-led renaissance of “indie sleaze” is healthy, says Harris.

“There was a lot of good stuff back then that just came and went,” he reflects, “and that’s frustrating, because there were some really talented musicians that unfortunately got carried away by the scene and the lifestyle. So we’re so lucky that people still give a hoot about what we do.”

While it may be somewhat romanticised now, the era was also characterised by toxic competitiveness in the music industry, which the 35-year-old says came down to a lot of insecurity – and a lot of drugs.

“In order to make a splash or make a headline, you had to be this outrageous version of yourself,” he proffers. “Whereas now, you can just be kind and do something silly on TikTok, and that’s just as valuable.” 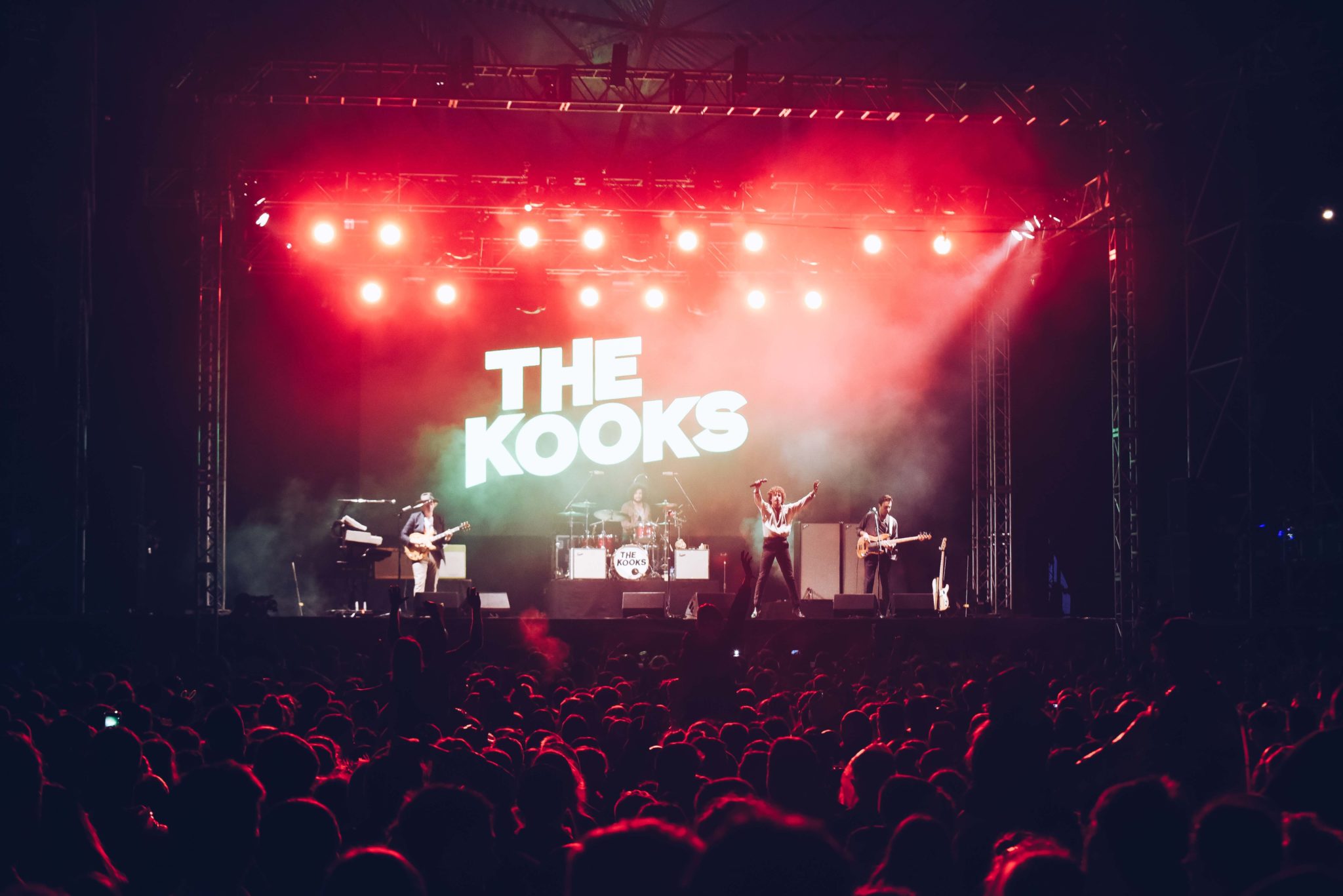 It’s clear that nostalgic noughties soundtracks have resurfaced in a very different landscape today – and while The Kooks’ new album, 10 Tracks To Echo In The Dark, remains true to their original soundscape, collaborations with artists such as German duo Milky Chance and Swedish EDM star NEIKD are a telling sign of the times. Such collaborations represent the antithesis of what noughties bands were doing.

“Bands weren’t supporting each other back in the day,” says Harris. “But here we are, collaborating with people who are in this competitive business with us – and it feels really good.”

10 Tracks... is The Kooks’ sixth album, and its optimistic tracklist blooms with the breezy, summery sound that the band was built on. While Harris, along with frontman Luke Pritchard and drummer Alexis Nunez, may have aged 20-odd years since their landmark debut, their idealism is remarkably intact in lyrics such as “It’s such a fucked up world, but I’m glad we’re living in it” (‘Beautiful World’).

The album tackles life changes such as marriage and parenthood head-on with valiant exuberance. But while their debut record continues to attract fresh batches of young fans, some may not be familiar enough with their newest collection to confidently sing along just yet. “

“People need to go on holiday with this album,” Harris smiles. “They need to fall in love and have arguments and live with it for a bit, before they start shouting the words at us on stage.”

Thankfully, there’s still some time for festival-goers to “live” with the new album before The Kooks make their Picnic return. However, Harris assures me that the band will work hard to win the crowd over either way.

“Whenever you play a festival, it’s an unofficial support slot for the headliner,” he says, “which is really nice because it makes you work a bit harder. There’s always the first five rows of super fans who are there for one reason, but you’ve got to try and win the rest of the crowd over. That’s a challenge, but a good one.”

The most notable development on the new album, meanwhile, comes in the form of an “open sandwich” of European sounds.

“It’s Bauhaus,” Harris explains. These elements are a deliberate creative response to the problems faced by British musicians in the wake of Brexit.

“I mean, we’re fine,” he insists, “but it’s just disgusting how difficult it’s going to be for bands that are on small to medium budgets to go to Europe and tour.”

He recalls that after The Kooks were signed, they went straight to Europe to build a fanbase.

“In Europe, when people like you, they hold on to you,” he says. “It’s not disposable like in the UK, where there’s lots of things that come and go. In Europe, once you’re loved, you’re loved. You’re part of the woodwork, and it’s just horrendous that that’s being stopped.”

However, Harris and his bandmates are optimistic that there will be a collective response to Brexit and its implications for artists.

“It seems that through the most oppressive decisions comes a reply,” he says. “It’s a shame that there should have to be a creative reply, but there will be one. So I’m looking forward to that.”

Performing their new disco-tinged tunes on stage in Stradbally is a small step in the right direction, but Hugh and the band are looking forward to being spectators at the festival, too.

“I will always go and watch everything and anything I can,” he enthuses. “I just respect all kinds of performance, and anyone that gets on a stage and chooses that as a lifestyle is connecting with something kind of divine and beautiful. I will always support that lifestyle choice because it definitely isn’t easy.”

And will The Kooks ever get sick of the lifestyle?

“I mean, yeah,” Harris admits, matter-of-factly. “It’s sickening. It’s disgusting. It’s horrible. So I’ll be sick of it forever, but I’ll love it forever, and I’ll never stop doing it.”

• The Kooks play Electric Picnic on the Saturday. 10 Tracks To Echo In The Dark is available now.

Album Review: The Kooks, 10 Tracks To Echo In The Dark
The Great Christine McVie of Fleetwood Mac Has Died
Late-night DART and commuter services begin this weekend

Review: "Grounded does for back gardens what Jaws did for oceans
Damien Dempsey releases Christmas song with all profits going to Focus Ireland
Rudimental and Jenny Greene to headline Wild Roots 2023
First Fortnight Mental Health Art & Culture Festival returns this January
On this day in 1967: Patrick Kavanagh died, aged 63
PREMIERE: Wayne Power unveils moving tribute for LGBTQ rights with 'A Place For Us', featuring 2Time Charlie