Dylan Flynn and the Dead Poets' new single 'More' was written, recorded and self-produced from a small studio space in Limerick City, with help from Mike Gavin (Windings).

Dylan Flynn and The Dead Poets have announced their debut album how are you feeling today? with Americana-tinged single 'More'.

With inflections of Sam Fender, Circa Waves, Sea Girls, The Night Café and more indie stalwarts, the five-piece band's debut LP will arrive on March 10th this year.

Dylan Flynn and The Dead Poets "make music for twenty-somethings living in a country that completely ignores them", as the group describe. The outfit take inspiration from the likes of Radiohead, Bon Iver and The War on Drugs, blending elements of jangle-pop and alt-rock.

Their self-produced tracks have been heard across national radio stations, with the Limerick up-and-comers gaining over 300,000 streams on Spotify - plus they've secured support slots with NewDad and Milk. over the last few years. Their first Irish tour saw them sell out plenty of headline shows.

‘More’ is a laidback offering that takes a slight detour from the bands usual upbeat indie-rock sound. Hypnotic country-esque drums are complemented by gentle picked guitars and warm saxophone lines.

The lyrics of the song reflect on different snippets of Flynn’s life where himself, and others close to him, felt that there was more to be gotten out of life. The track touches on themes friendship, lost time and regret: "Don't give up on hope / it won't come running, you've gotta search beneath the fear."

"We felt it was the right time to release this track to show people a side to the album that hasn't been heard yet," Dylan Flynn & Co. said today.

"We are known for our up-tempo releases and this definitely gives people an idea of the laid back side of the record. This is a favourite of ours off the album and it was a really fresh experience recording it."

Mike Gavin of Wildings co-produced and mixed the track, while Richard Dowling mastered it. 'More' acts as the follow up to ‘Running Away’ and ‘Life’, and marks the third single to be released from how are you feeling today?.

The band will also be departing on their biggest tour to date in March/April, seeing them play shows across Ireland and the UK. 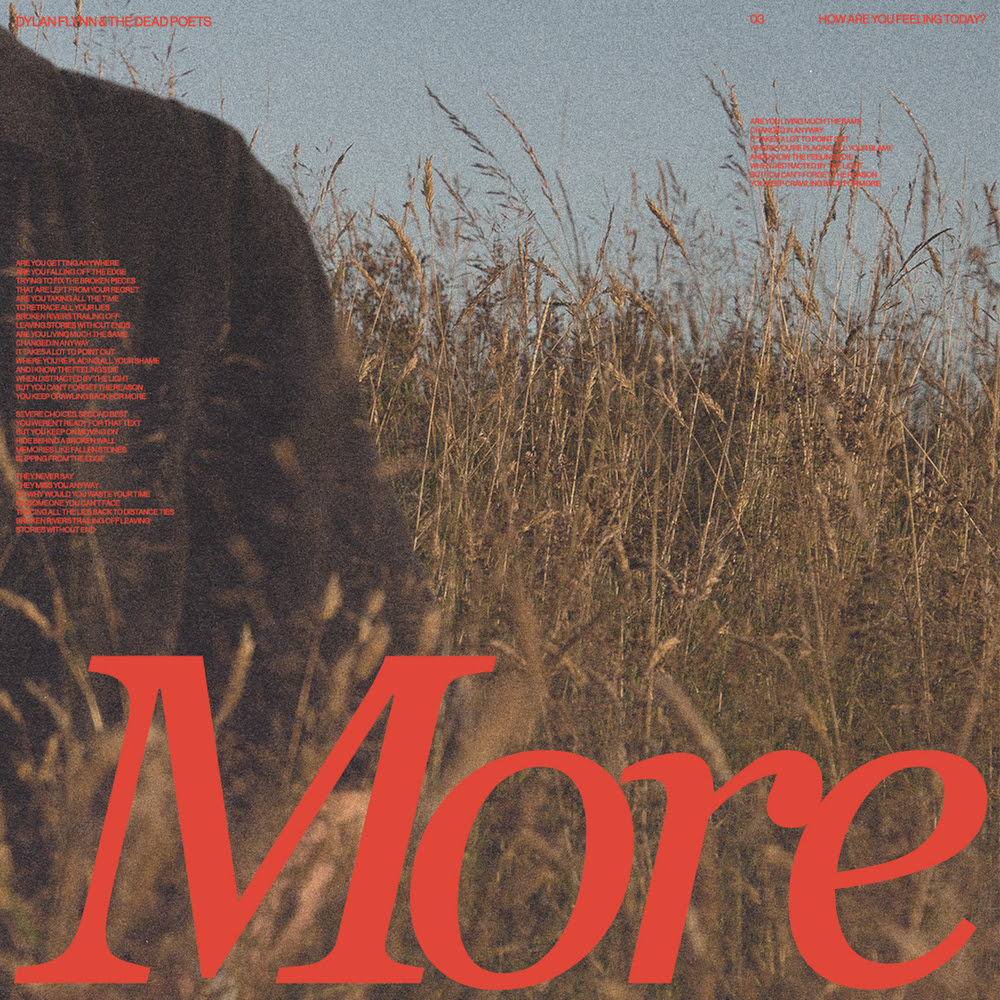