TW: Graphic images and descriptions of homophobia and physical violence. The attack came less than 24 hours before the International Day Against Homophobia, Biphobia, and Transphobia (IDAHOBIT), and is just the newest example of extreme homophobia in Ireland.

A lesbian couple were victims of a violent physical attack in Dublin yesterday, May 16, in what is being named a homophobic assault.

One half of the couple, Robyn Deane, posted to her Instagram story yesterday a picture of her face — which was swollen, cut and bruised — with the words "me and Kate just got gay bashed this is what being lesbians in Ireland is." She went on to say that she was in the hospital and her partner, Kate, was okay. 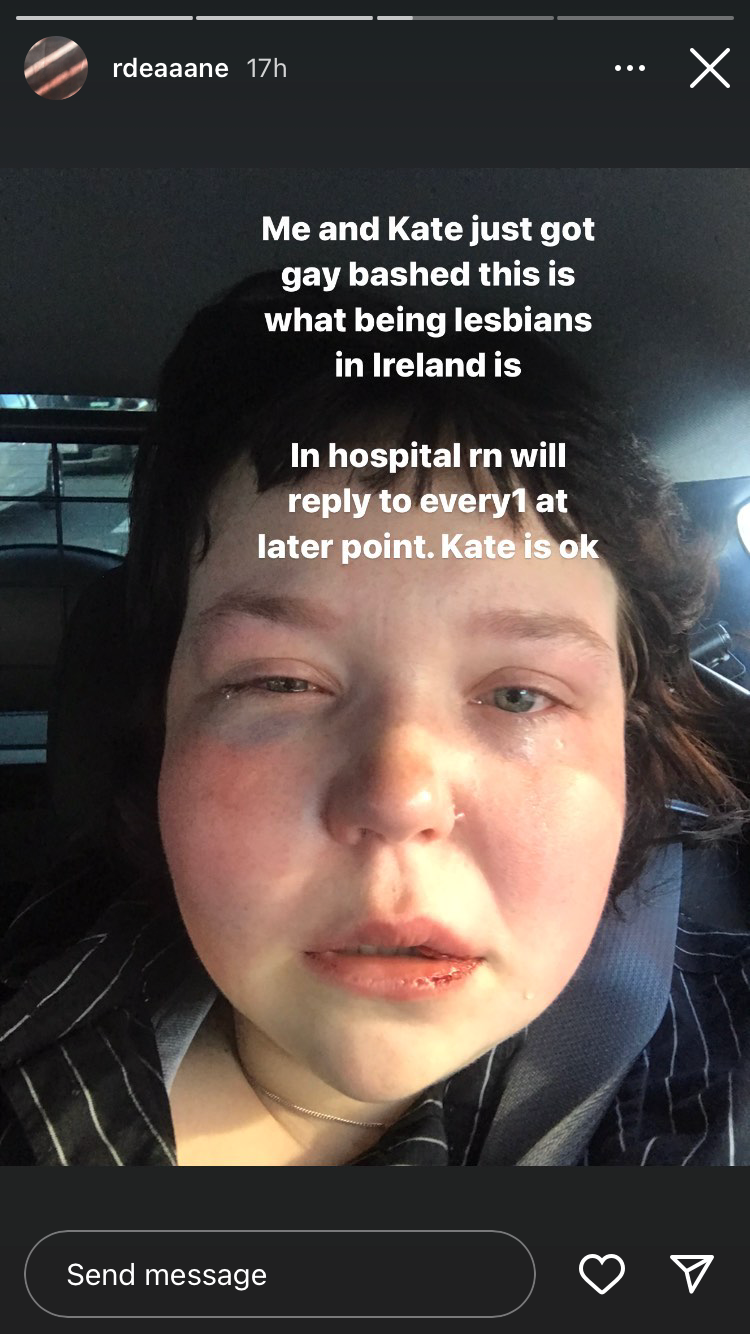 Four hours later, Deane posted again: "Thanks everyone for kind messages. We are both shaken up and I'm waiting on tests and x ray and all I keep thinking is I am so glad we are both alive. Thank you all. It means so much to have love right now."

Kate also posted to their story, writing: “Me and Robyn just got gay bashed waiting for the bus like fully punched in the face. Dublin is absolutely fucked." 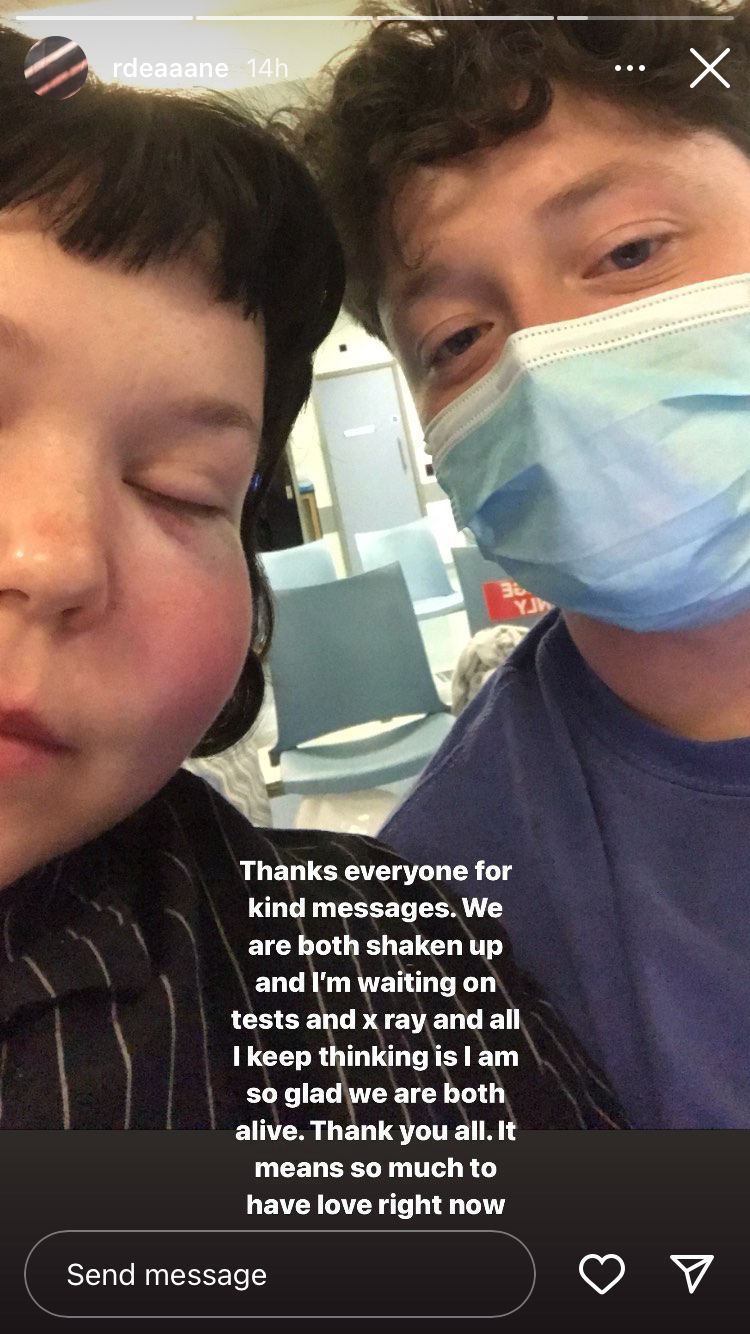 Dónal Talbot, a friend of the couple, has set up a GoFundMe to aid Robyn and Kate with any expenses that will follow the attack.

"The incident has caused great emotional and physical harm, and I am creating this GoFundMe to support and show our love to Robyn and Kate as they heal from this traumatic incident," they wrote.

“The funds collected will be used to cover any medical bills that may occur, therapy sessions and to help with upcoming rent and expenses due to being unable to work for the foreseeable future."

Though having set a €2000 fundraising goal, in the five hours it's been live the GoFundMe has garnered over €10,000 — prompting Talbot to post: "Thank you so much to everyone who has donated. I am in awe of our community and how quick we come together to support each-other in times of need. Any further donations will be shared with various LGBTQ+ charities in Ireland."

The assault came less than 24 hours before the International Day Against Homophobia, Biphobia, and Transphobia (IDAHOBIT), and is just the most recent example of violence against LGBTQ+ people in Ireland.

Last month, a man was assaulted on Dame street — taking to Twitter to describe how the attacker hurled slurs at him, before leaving him with a fractured eye socket and a fractured and dislocated ankle. April saw the tragic murders of two gay men — Michael Snee and Aidan Moffitt — and the assault of another in Sligo.

“It is absolutely devastating that members of our community are still being attacked and assaulted simply for being queer in Ireland," Talbot posted to their Instagram story.

"I am so enraged and upset that my LGBTQ+ friends still live in fear of their lives in Ireland PLEASE step in or stand up if you see someone being verbally or physically assaulted on the street, and support them in anyway that you can."

Leo Varadkar: "I don’t like the idea that people ‘ought’ to have a particular political philosophy because they are brown, or white, or female or gay"
22-year-old Yousef Palani charged with murder of two Sligo men
Vigils to be held nationwide in memory of Sligo's Michael Snee and Aidan Moffitt