The Basic Income for the Arts pilot scheme will be open to applicants from April 12th, it was confirmed this morning. "This pilot scheme has the potential to change the landscape of the arts in Ireland, and how we fund it," the Taoiseach said today.

The Minister for Tourism, Culture, Arts, Gaeltacht, Sport and Media, Catherine Martin TD, has been joined by the Taoiseach Micheál Martin TD and Tánaiste Leo Varadkar for the launch this morning in the Project Arts Centre of the Basic Income for the Arts pilot scheme.

The announcement follows the online January public consultation, which received over 1,200 responses. The scheme will reportedly cost €35 million per year.

Artists can apply to the pilot scheme from Tuesday, April 12 over the next three years, it has been confirmed. All applicants must be 18 years of age or older; in a position to evidence their creative practice or career in the arts; based in Republic of Ireland, and tax compliant.

"I am determined to ensure that the pandemic does not do permanent damage to the arts sector," Minister Catherine Martin said today. "2,000 participants will be provided with €325 a week for three years to allow them to focus on the creative practice and to facilitate research on the impact this will have on their practice, their wellbeing and the arts sector as a whole."

The announcement of the scheme is a triumph for Minister Martin and her Green Party colleagues who insisted that it be part of the Programme for Government when they entered into coalition in 2020. Catherine Martin, TD, also added that she will be working alongside Minister Helen McEntee on legislation to extend the opening hours for nightclubs until 6am. Tánaiste Leo Varadkar added that the legislation should be finished this year.

The press conference saw a spoken word performance from Stephen James Smith before Taoiseach Micheál Martin came to the podium to deliver a speech. 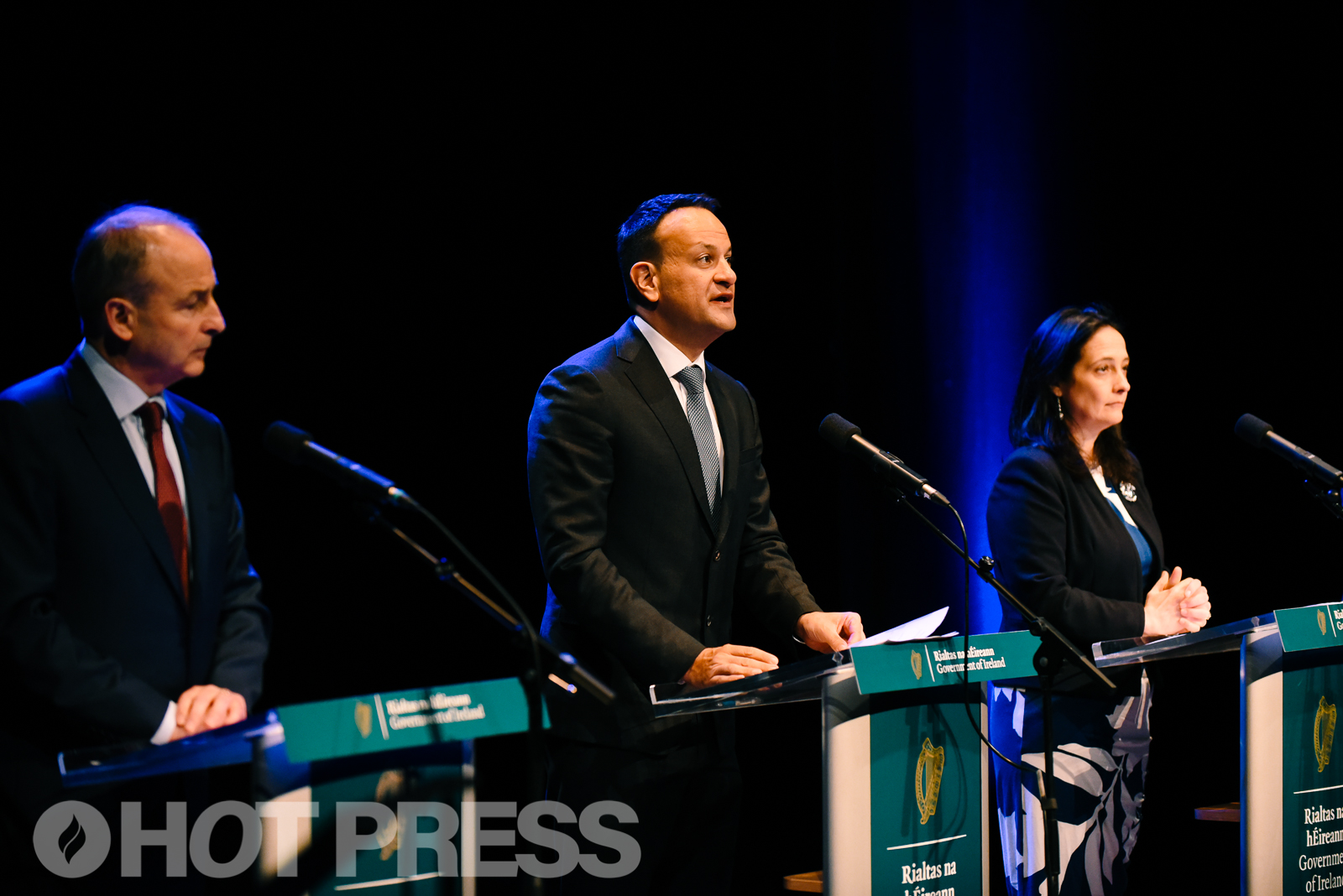 "Over the course of the pandemic and within the limits that the public health measures put upon all of our lives, the arts took on a new significance for many who may not have had the chance to appreciate them before. Our artists, writers and musicians had a particularly challenging time - with venues closed and audiences kept away. At this time of greatest challenge, their output and their value was never more highly prized," the Taoiseach stated. "Arising from this, the Arts and Culture Taskforce - which Minister Catherine Martin tasked with making recommendations - cited a basic income for the arts as its number one recommendation to help the arts recover post-pandemic. Government committed to a basic income for the arts in its Economic Recovery Plan. I want to acknowledge again Minister Martin's dedication, determination and perseverance in stewarding and driving forward this policy."

"I am pleased that as a Government, we have ensured that the voices of artists and those working in the sector were heard and their lived experiences considered in the development of the scheme through a stakeholder forum and public consultation. We recognise and respect the fact that a vast body of time and effort goes into producing the creative work that nurtures and enhances us as a society. That not all parts of your practices are evident to us in finished work, and that the time spent on your creative practice is what underpins Ireland's world-renowned arts and culture. That is why, in turn, you and your work need to be nurtured. As a society, we need to invest in that which sustains us. Without your dedication to your practice, we would be much poorer as a people. This is what the Basic Income for the Arts pilot scheme is all about. It has been designed in recognition of that time spent on creative practice."

"The overarching objective of that scheme is to address the earnings instability which can be associated with working in the arts," Martin added. "The research programme which forms such an important part of the pilot will inform government policy into the future on a strategic and sustainable model of support for Ireland's artists and creative community. This pilot scheme has the potential to change the landscape of the arts in Ireland, and how we fund it."

Tánaiste Leo Varadkar later offered that 'N17' by Tolu Makay was his favourite song during lockdown, and he was as glued to Lenny Abrahamson's Normal People as everyone else in the country.

According to a press release, the Basic Income for the Arts pilot is for "practicing artists and arts workers whose work is intrinsically creative and applicants must be able to demonstrate that they work in an art form and have a creative practice in that art form."

Eligibility will be based on the definition of the arts as contained in the Arts Act 2003;

““arts” means any creative or interpretative expression (whether traditional or contemporary) in whatever form, and includes, in particular, visual arts, theatre, literature, music, dance, opera, film, circus and architecture, and includes any medium when used for those purposes”.

Please note that this is a pilot scheme and not all eligible applicants will be funded.

"Selection will be a non-competitive process. Once an applicant satisfies the eligibility criteria they will be included in a randomised selection process which will determine the participants in the BIA Pilot.

The Basic Income for the Arts scheme is not a social welfare payment, it is a grant payment and is a pilot scheme to research the impact of a basic income for the arts.

"Those in receipt of a social welfare payment who receive payments from the pilot scheme should advise the Department of Social protection of this change in their circumstances."

Who is Eligible to Apply?

Who is not eligible to apply?

Full-time students or those who will be engaged in full-time study during the period October 2022 to October 2025;
Those in full-time PAYE employment with organisations funded through The Arts Council, commercial arts organisations or other state-funded arts or cultural organisations
Aosdána members in receipt of the Cnuas;
Arts Administrators;
Producers who do not work in film or theatre;
Promoters and agents;
Artist managers;
Marking and PR professionals;
Hospitality workers;
Craft makers;
Designers (who do not work in film or theatre) e.g. industrial, product, interior, VR, AR & MR, jewellery, graphic design etc.