Anything Goes star Simon Callow: "I took it upon myself to write to Laurence Olivier, and amazingly, he offered me my first job at the Old Vic"
Simon Callow (pictured).

Legendary actor Simon Callow discusses his Dublin appearance in beloved musical Anything Goes, his admiration of Cole Porter, and being offered his first theatrical role by Laurence Olivier.

If you’re looking for a joyful, exuberant, toe-tapping show to get you in the summer spirit, look no further than the award-winning production of Anything Goes, which is docking into the Bord Gáis Energy Theatre this month.

Directed and choreographed by Tony Award-winner Kathleen Marshall, the musical shines the spotlight on two unlikely pairs looking for love onboard the S.S. American. However, they discover that sometimes destiny needs a little help from a crew of singing and dancing sailors, a comical disguise, a farcical blackmail attempt, delightful double-entendres – and some timeless good fun!

The show features some of theatre’s most memorable tunes from Cole Porter, including ‘I Get A Kick Out Of You’, ‘You’re The Top’, ‘It’s De- Lovely!’ and ‘Anything Goes’, and some irrepressibly joyous dance numbers. It’s a dizzyingly delightful show – with a new cast member. Last year, beloved stage and screen actor Simon Callow (Four Weddings And A Funeral, Shakespeare In Love, Amadeus) saw the show in London and was so enraptured he wanted to take part. Luckily for Dublin audiences, he can now be seen playing Elisha Whitney. For Callow, deciding to join the production was an easy decision.

“I love Cole Porter, and I love this show,” he enthuses, looking dapper in a grey suit in the Bord Gáis Energy Theatre. “ I first saw it in 1968 – not this production, of course! – but this show. It was a quintessence of something we lacked in the '60s – something so witty and positive, and at the same time, very romantic. The songs are just staggering; it’s the best score Porter wrote since Kiss Me Kate and has as many hits as that. And it’s a bit saucier than Kiss Me Kate, because it’s the '30s and people were emerging from the Depression, from prohibition, and life seemed to be about to start again.” 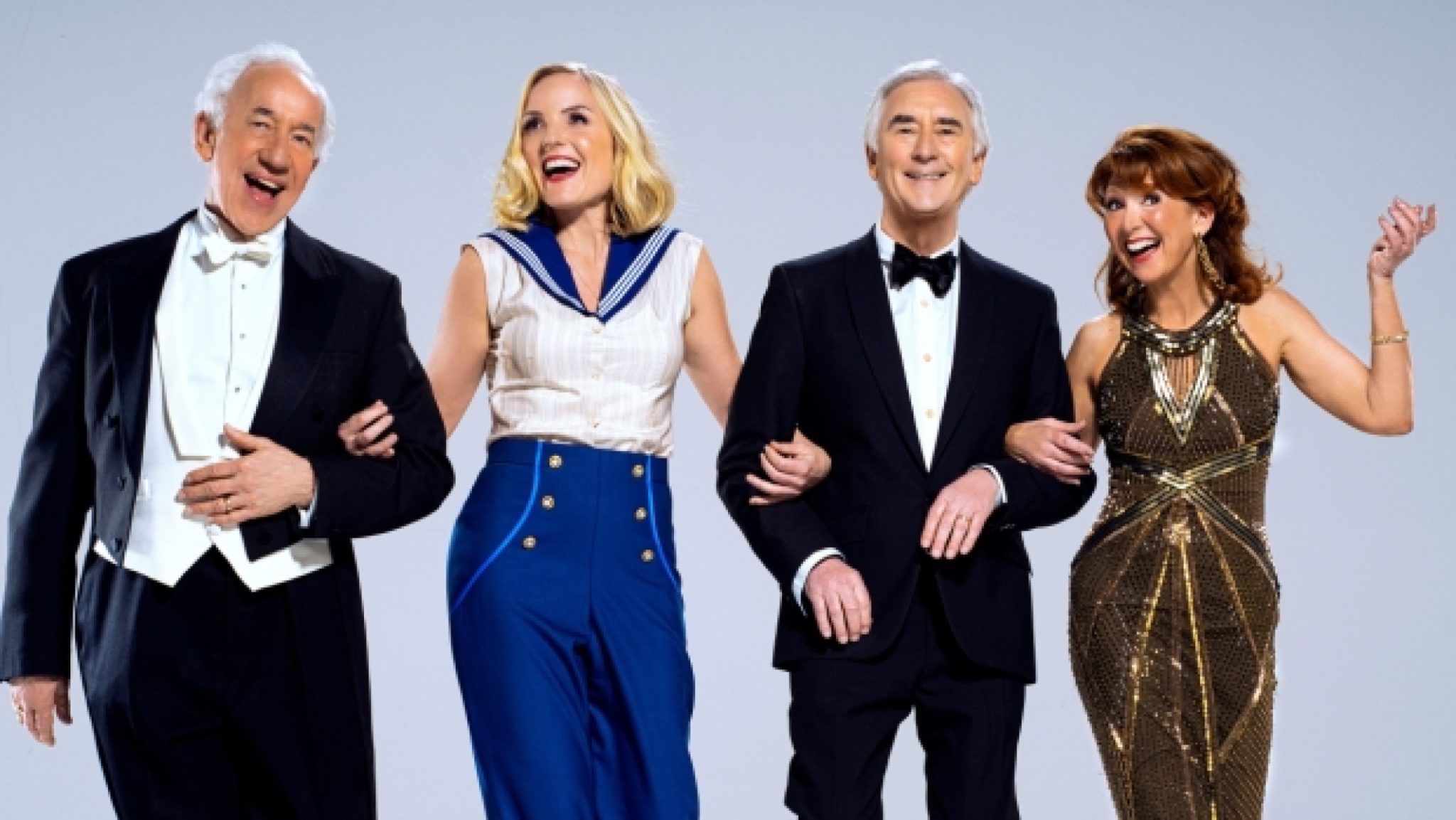 As theatre aficionados would know, Callow has a had a lifelong relationship with theatre, making his stage debut in 1973 and delighting audiences with his performances ever since. The actor is known for his love of Charles Dickens, and he has performed in many productions of A Christmas Carol, and even played Dickens in a one-man show, The Mystery Of Charles Dickens. But Callow wasn’t the first person in his family to have a theatrical streak or even to appear in a musical, as his grandmother was a chorus girl, and used to play with Callow, putting on elaborate costumes and creating madcap characters.

“My family is steeped in theatre in one way or another,” he agrees. “She was indeed in the chorus, and my great-grandfather, her father-in-law, was a clown in Copenhagen, and then he became a ringmaster and married my great-grandmother, who was an equestrian. She was a bare-back horse rider and came from a long line of bareback horse riders. Then they came to England and became an impresario. So I have got the theatre in my blood, but it was a bit distant, because he was of course long dead by the time I was born, and my grandmother’s stories were from 50 years before. The theatre was always there, but I didn’t really know it.”

However, that theatre blood always emerges eventually, and Callow laughs that “as a boy, I was a terrible show-off! But I never knew I could get paid for it – that came later!”

Even Callow can admit that his entrance to theatre was itself pretty extraordinary. Coming into drama at the height of London Repertory theatre, Callow was offered his first job by none other than Laurence Olivier himself.

“That was due to a piece of impertinence on my part!” he says. “He was running the National Theatre at the Old Vic in the '60s, and I was a very regular visitor both with my school and on my own. The level of that theatre there was inconceivable, it set a new high mark for acting, and Olivier was there, in the company, acting on many nights a week. But the thing that absolutely knocked me sideways when I used to go the Old Vic, was that absolutely everybody who worked there felt part of the organisation. They were the best ushers in London, the best coffee-stall operatives in London, the best bookshop managers in London – everyone felt part of it. And I thought how wonderful it must be to be part of that kind of organisation.

"So I took it upon myself to write to Laurence Olivier, and amazingly, he replied by Return Of Post, saying ‘Well if you like it so much, why don’t you come and work here in the box office?’ And it was amazing, such a wonderful experience, and I met actors for the first time in my life, and that was the moment."

Anything Goes is in the Bord Gáis Energy Theatre, Dublin from May 19-28.

WATCH: Trailer debut for Netflix's Scrooge: A Christmas Carol starring Jessie Buckley
“Grief affects everybody differently. My readers' grief is theirs and theirs alone": Author TJ Klune on life, death and Under The Whispering Door
Mad Hatter: Camille O'Sullivan